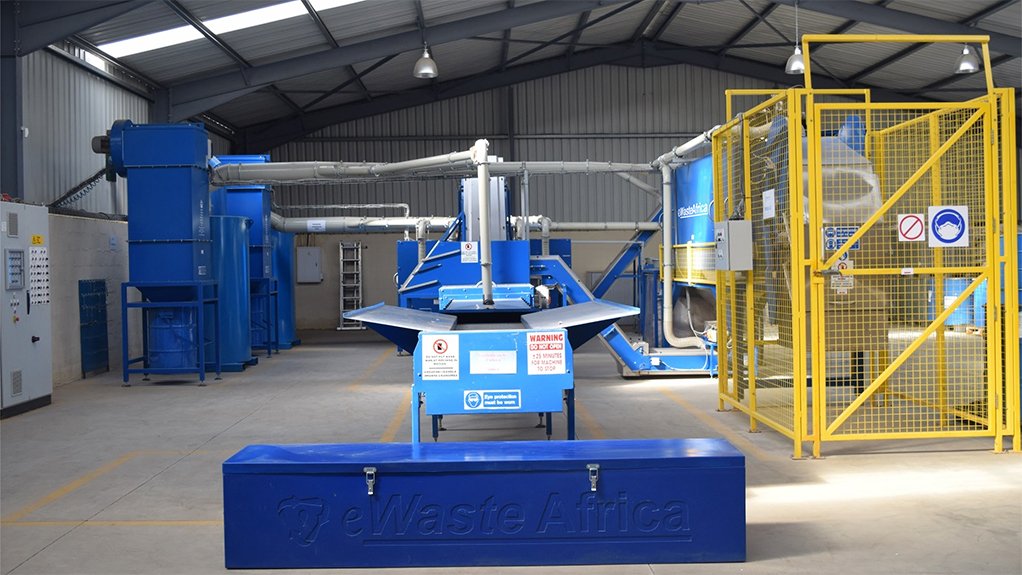 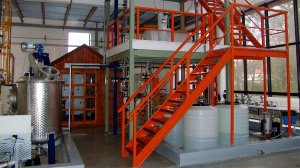 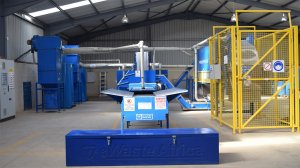 The company announced in May that it has entered into an agreement with the University of KwaZulu-Natal (UKZN), which gives EWaste Africa exclusive access to the intellectual property that will allow for the construction of the LPXTM Plant, a prototype chemical process plant for the recovery of rare earth metals from lighting waste.

The plant was initially developed by the UKZN School of Engineering’s Dr Mark Williams-Wynn, Professor Milan Carsky and Professor Deresh Ramjugernath in collaboration with researchers from the Czech Academy of Sciences. The LPXTM plant aims to extract the rare earth metals and mercury from the luminophosphor powder in lighting waste.

A pilot plant was constructed and operated at UKZN, and this was used to fine-tune the technical know-how needed for the optimised operation of the process.

“This is the first plant of its kind anywhere in the world and replaces the old retorting technology,” says EWaste Africa Innovation Research & Development Manager Dr Mark Williams-Wynn.

Currently, luminophosphor powder is treated using a process known as retorting, where the powder is heated to between 600 ˚C and 800 ˚C to remove the mercury. The mercury is then condensed and collected for disposal. This process is expensive and energy-intensive, which, for an energy-scarce country, such as South Africa, is unviable.

Williams-Wynn, a PhD candidate at UKZN at the time, developed a process that uses hydrometallurgy to extract the rare earth metals from the luminophosphor powder while capturing the mercury and converting it into cinnabar, which is insoluble in water and non-volatile, preventing the mercury from entering the environment.

“The prototype plant is now being constructed based on the pilot plant that was optimised over the past few years at UKZN,” says Williams-Wynn.

The final mechanical design is being implemented with input from multidisciplinary engineering and consulting group Bosch Projects. The completed plant is expected to come online in 2022.

EWaste Africa has licensed the technology from UKZN and has appointed Bosch Projects to design the plant from an engineering perspective in terms of mechanical and control system design. Once that has been completed, construction of the facility will start at the premises in Pietermaritzburg.

“UKZN is delighted to partner with EWaste Africa on the commercialisation of this technology, which is a step in the right direction towards a circular economy. This shows UKZN’s commitment to conducting innovative research in green technologies that are industrially relevant,” says Suvina Singh, director of UKZN InQubate, the technology transfer office at UKZN, which facilitated the licence to EWaste Africa.

What makes the plant unique is how it combines the available technologies in a patented process to recycle luminophosphor powders from waste material, which is the main advantage of the process.

The multimillion-rand investment in the LPXTM Plant is being co-funded by national public entity the Technology Innovation Agency (TIA) and EWaste Africa.

“The prototype LPXTM Plant being developed is aligned with TIA’s strategy to support innovations in the areas of waste and environmental management, the circular economy and minerals beneficiation,” notes TIA Head: Natural Resources Dayanandan Naidoo.

“Light bulbs were not being recycled in South Africa until 2014 when EWaste Africa introduced the first light bulb recycling facility in Africa,” he says.

EWaste Africa, together with its partners, intends for the plant to become a job-creation opportunity in South Africa and globally.

The plant offers several employment opportunities in terms of its construction and operation in South Africa or anywhere else. EWaste Africa hopes to employ between 40 and 50 people a year between the construction of further plants and the commercial operation of the prototype plant.

“The LPXTM Plant offers job creation opportunities both locally and globally, creating jobs that have never existed before,” notes Naidoo.

Milestones of the project include the construction of the pilot facility at UKZN in the chemical engineering pilot plant lab, the agreement between EWaste Africa and UKZN to license the technology to EWaste Africa and the agreement with TIA in terms of their significant investment towards the commercialisation of the business opportunity in selling this technology internationally.

Working alongside an international company, such as Bosch Projects, also ensures that the plant operates to the specified design parameters.

“This is critical for the plant operation in South Africa, as well as internationally, as standards need to be extremely strict regarding toxic elements, such as mercury,” notes Williams-Wynn.

Naidoo says there was no recycling of light bulbs in South Africa prior to 2014.

“EWaste Africa progressed from the concept of zero hazardous waste to landfill, numerous years ago, to commissioning a solution to recycle light bulbs. Once the glass, plastic and metals had been depolluted and recycled, there was still no viable solution for recycling the phosphor powder except to ship it internationally to be processed.

It has, therefore, been almost a decade-long journey to get here, and we are finally in the home stretch,” he enthuses.

Naidoo points out that the disposal of light bulbs into landfill was banned in 2016, with South African legislation helping reduce hazardous waste to landfill.

Meanwhile, sending waste electrical and environmental equipment to landfill will be banned from August 2021. EWaste Africa has been targeting corporate companies as its lighting and electronic waste recycling collection source but, ultimately, it is about educating the public about the dangers of irresponsible waste disposal.

The importance of extended producer responsibility (EPR) must not be underestimated, as it requires producers and importers to register with the Department of Forestry, Fisheries and the Environment and to recycle their lighting, electronic and packaging waste.

“Once this requirement becomes binding in November 2021, there is going to be a lot more waste for collection, which, until now, has gone to landfill. It is heartening to know that the South African government is taking the environment seriously and is implementing regulations that are going to protect the environment in the long term,” he says.

It is generally assumed that recycling is a cost-positive process, where a recyclable item is handed in, and someone is paid for that item.

However, it is important to take into consideration the environmental cost of these items. “If you take the full supply chain, including the environmental cost, into consideration, you realise how cost-negative that can be, especially if the waste is cherry-picked. The hazardous components must still be treated, regardless of what valuable components are left behind,” says Naidoo.

South Africa recycles under 10% of its lighting waste, with similar numbers regarding the recycling of electronic waste – the fastest growing waste stream in the world.

“Legislation, such as EPR implementation, will positively increase the number of waste streams that can impact the recycling economy. However, the support of the producers is critical, as well as the support of domestic households.

“If we do not get domestic volumes as a waste stream, we will still lose 80% of lighting and electronic waste to landfill sites that do not necessarily have the controls to handle these waste streams. We have to change mindsets with a great sense of urgency in South Africa,” Naidoo concludes.