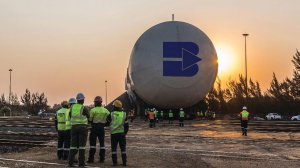 For many years, the benefits of liquefied petroleum gas (LPG) for South Africa “have been largely, frustratingly, moot”, according to a statement from industry association LPG South Africa (LPGSA).

The doubt surrounding LPG’s benefits stems from an historically inconsistent and unreliable supply of LPG in South Africa, but LPGSA says LPG availability in South Africa is on the rise.

LPG can lighten the load on a strained national electrical grid and improve access to energy for many South Africans.

LPG – consisting of butane, propane or a mix of the two – is optimally suited for cooking, heating water and heating spaces. This leads to the demand for LPG being cyclical, with its use spiking significantly over winter.

LPG is produced as a by-product of the petroleum refining process. In South Africa, it has been mainly available from local refineries, with supply not being extensive, constant or reliable enough to accommodate sharp seasonal swings in demand.

Measures are currently being put in place to mitigate the inconsistent supply – namely a method for ships carrying LPG from foreign refineries to easily offload the gas, and sufficient storage capacity to smooth spikes in demand.

In 2017, Sunrise Energy launched a R1.02-billion open-access LPG import and storage terminal in Saldanha Bay, in the Western Cape. The current facility, which is at Phase 1, has a working storage capacity of 5 500 t of LPG in the form of five mounded pressurised storage bullets.

This facilitates a monthly throughput of more than 17 500 Mt. The facility has been designed to triple in capacity, through the implementation of Phase 2 and Phase 3 expansions over the next 30 years in line with market growth.

The Bidvest Tank Terminals facility will have a capacity of 22 600 t, comprising the world’s largest-ever LPG-storage tanks. It features its own docking facilities and direct access to railway lines, allowing the gas to be easily transported inland.

The gas will be transported by Petredec from refineries in the US and the Middle East, protecting the market from local supply shortages.

LPGSA believes that there should be more of a concerted effort to include LPG infrastructure in newly built houses, as well as in the houses of low-income consumers, where heating is traditionally accomplished through burning wood or paraffin.

According to World Health Organization statistics, nearly four-million people die prematurely from illness attributable to household air pollution from wood or paraffin cooking practices. Nearly half of these deaths are owed to pneumonia among children under five years old caused by soot inhaled from household air pollution.

In addition, employment opportunities and the growth of the downstream industry can be unlocked in the near future. The distribution, safe refilling of cylinders and servicing of LPG appliances has resulted in numerous small-business opportunities in countries such as India and Brazil, where the LPG markets are more mature than in South Africa.

“We are sorely in need of a coordinated government policy on LPG. Government departments would do well to communicate more effectively with the industry and internally,” LPGSA said in a statement, adding that the current regulated pricing structure needs revision to take advantage of the potential cost decreases brought about by increased supply.

Despite these challenges, the sense of impetus and gathering potential in the industry is evident to LPGSA, which said that the market is “increasingly bullish and poised for considerable growth”.