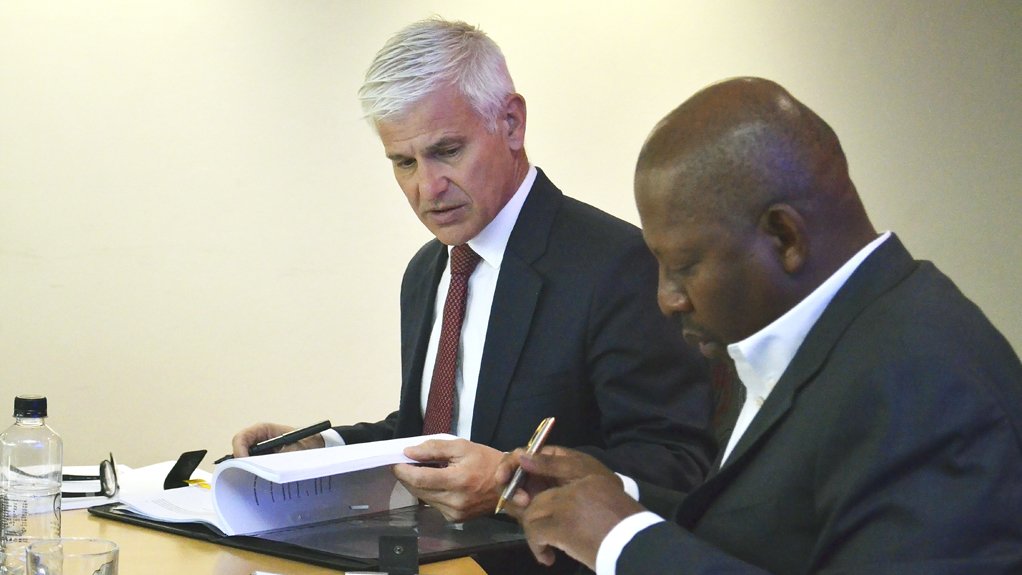 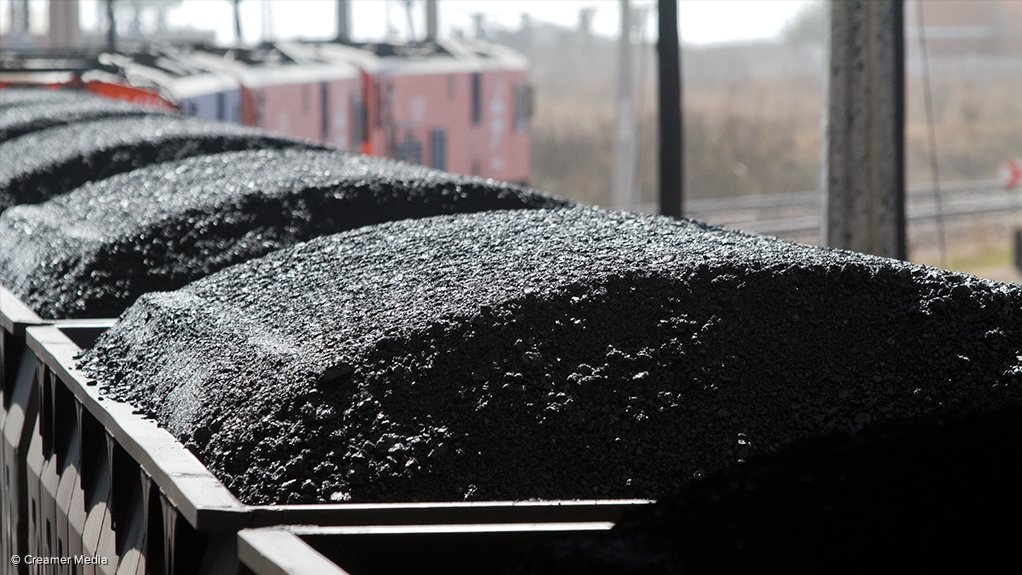 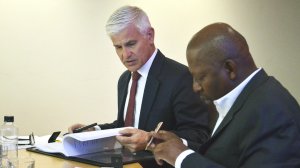 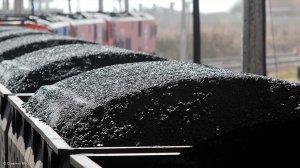 Under the contract, which is valued at R10-billion, Transnet will haul 3.6-million tons of export coal yearly from the proposed Boikarabelo greenfield mine, in Lephalale, to the private Richards Bay Terminal Grindrod (RBTG), in KwaZulu-Natal. Should all the outstanding conditions be fulfilled, the contract will become operational on June 1, 2022.

Speaking at a signing ceremony in Johannesburg, ResGen interim CEO Papi Molotsane expressed confidence that Ledjadja would be in a position to announce financial close on the Boikarabelo project in early 2020. Ledjadja is ResGen’s black-empowered subsidiary, in which the JSE- and ASX-listed miner has a 74% stake and the 26% balance is held by a black economic–empowerment company called Fairy Wing Trading 136.

Besides the logistics contract with Transnet, some of the other main outstanding conditions set by the funding syndicate include: the conclusion of a separate three-million-ton-a-year coal-supply agreement with State-owned power utility Eskom; securing a port allocation agreement for the coal exports; and securing funding for the construction of a 44-km-long rail link from the new mine to Transnet’s main line.

Molotsane stressed that coal offtake agreements had already been, indicating that the bulk of the coal would be supplied to consumers in Asia, including India.

He was also “relaxed” about prospects for the coal export market, despite warnings that the demand for South African coal could fall as India, which is currently the dominant consumer of South African coal, invests in domestic coal production and scales up its renewables investments.

“We do understand that the share of the energy market for coal is going to come down … but there is still an increase in the demand for energy, so in absolute terms we may possibly see an increase in coal consumption. So we are quite relaxed about the prospects of coal moving forward,” Molotsane said.

Transnet Freight Rail acting CEO Lloyd Tobias said the contract, together with other coal-related investments in the Waterberg region of Limpopo, would require further investments by Transnet of about R5-billion, which would be pursued in phases.

Transnet had completed the first phase of the Waterberg project, which included the construction of 1.8-km-long passing loop at Matlabas. The expansion enabled 100-wagon trains to cross without disrupting the operation of other trains on the line. Transnet had strted preparations for the second and third phases of the project, which includes the construction of a 2.8-km loop at Thabazimbi and building of the new 5-km line to connect loops at Bleskop and Norite.

Tobias said the initial phases would raise the export-coal capacity from the Waterberg to 9.5-million tons, while the envisaged phases will raise the capacity to 13.8-million by March 2021.

There would be sufficient rail capacity, he said, for Ledjadja and other miners such as Exxaro and work is also under way to assess prospects for added exports from Botswana, which could raise exports on the network to over 24-million.

Fanucchi said ResGen had demonstrated “resilience and endurance” in its negotiations with Transnet, which had endured for several years. He also expressed optimism that the contract would enable the miner to approach its lenders with confidence as it sought to progress the Boikarabelo project into the construction phase.

Molotsane said the mine was expected to create up to 3000 jobs during the construction phase and would employ 700 people full-time once of the mine was operational.