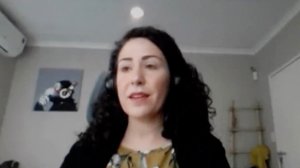 It has been a year that has exposed the vulnerabilities of lower-level workers and, coupled with the context of job insecurity and food insecurity in South Africa, there have been increasing calls for executive pay cuts.

Consultancy PricewaterhouseCoopers (PwC), in its latest 'Executive Directors: Practices and Remuneration Trends' report, discussed what factors companies should take into account when recalibrating their philosophy towards executive pay, as well as disparity of pay, the gender pay gap and employee retention strategies.

“Faced with one of the most brutal economic recessions in history, companies are being asked to take the lead in some of society’s most complex and challenging issues.

“As companies ponder whether their existing growth strategies remain relevant in this new context, a renewed understanding of their social responsibility emerges. New leadership skills will be required to navigate companies through this pandemic and socioeconomic uncertainty,” notes PwC people and organisation director Leila Ebrahimi.

She adds that organisations are needing to become more agile, and flexible, and must ensure that they are planning for the future, as well as understanding potential risks that may arise in many forms.

The median total guaranteed package for CEOs of medium-cap companies was R7.9-million in the period.

Women remain a minority on boards, with less than 14% representation at JSE companies’ executive level, while they also remain unequally paid compared with men.

Moreover, PwC’s analysis seeks to explore how far removed South African pay gaps are from the classic, and oft-cited “ideal CEO to average worker ratio” of management expert and author Peter Drucker, which is a ratio of 20:1.

This while South African CEOs are not earnings nearly as much as CEOs in the Financial Times Stock Exchange 100 Index. Those executives earn on average £850 000 a year or R19.2-million a year.

PwC people and organisation associate director Andréas Horak says that while no company would like to find themselves needing to contemplate a turnaround incentive, the current economic climate may mean that more companies will be in distress, and in need of a turnaround.

Turnaround incentives, however, require collaboration and input from the company’s shareholders, who have the most “say on pay”. This will also need to be considered in relation to other stakeholder groups who will need to support companies in changing course.

“It is by now well accepted that long-term incentives are based on the premise of ‘pay-for-performance’. However, what exactly is performance in the current environment?” asks Horak.

The safeguarding of value, and the minimisation of the effects of the economic downturn, should be explored as possible alternatives to the traditional performance triggers.

The Covid-19 pandemic has brought sustainability issues to the forefront, emphasising the criticality of only rewarding performance which will ensure the sustainability of the business in the long term.

Ebrahimi explains that business continuity or sustainability has many subsets, including a focus on environmental, social and governance factors, but also a renewed interest in the importance of strategic workforce planning, and associated with this, critical evaluation of employee reward structures to ensure that these are “future-fit”, and speak to the new world which is emerging at an accelerated pace.

The report looks at two pertinent social issues relating to remuneration within a South African context − income disparity and the gender pay gap.

“Despite many companies stated commitments, there remains a perception that income inequality in South Africa continues to increase. As South Africa moves towards regulated disclosure of the pay gap, following in the footsteps of countries such as the US and the UK, some wonder whether the proposed changes are enough, while others wonder whether the mandatory disclosures will result in improved outcomes,” Ebrahimi points out.

Pay differentials between men and women remain a persistent form of gender inequality in the workplace.

Although there are many global initiatives aimed at solving the gender pay parity problem, none has managed to completely resolve the issue.

PwC highlights that reporting is only one leg of any potential solution and, companies should actively be determining how they can build diversity and inclusion into their employee value proposition, and potentially, their incentive plans.

“To tackle inequality effectively, both from an income disparity and gender pay perspective, companies will need to bring these issues to the forefront of their strategy,” Ebrahimi believes.

Without an acceptable ratio, or range, even with mandatory disclosure, it will be difficult to conclude on acceptability of the pay gap. Exacerbating this is the fact that numerous versions of the calculation methodologies exist which may result in the outcomes of the exercise not being comparable on a like-for-like basis.

The practice of total remuneration benchmarking, although criticised, remains the preferred way of determining ranges for appropriate executive pay levels, the consultancy finds.

PwC’s report emphasises that benchmarking should not be looked at in isolation, but instead used as one objective datapoint in a range of different data points.

“Remuneration committees must apply their minds to a variety of data points to determine a sensible range in which to set the remuneration of each executive,” Horak says.

More recently, many executives have taken pay cuts in response to the Covid-19 crisis. This is a measure taken by companies and their executives to help relieve the financial burden on organisations.

“Although there is some market pressure to make these cuts permanent, we anticipate this to remain a temporary measure and do not expect to see executives taking pay cuts in the long run,” Ebrahimi adds.

She further highlights that the Covid-19 pandemic presents a unique opportunity to be a catalyst for change, allowing companies who successfully harness it to reposition themselves to effectively leverage the downturn by tapping into opportunities to understand their business better, reprioritise their services and products, and identify which differentiating capabilities will give them the competitive advantage in the “new normal”.

“As companies shift down to a gear to strategise and reposition, they have the chance to consider what is important and what is realistic.”