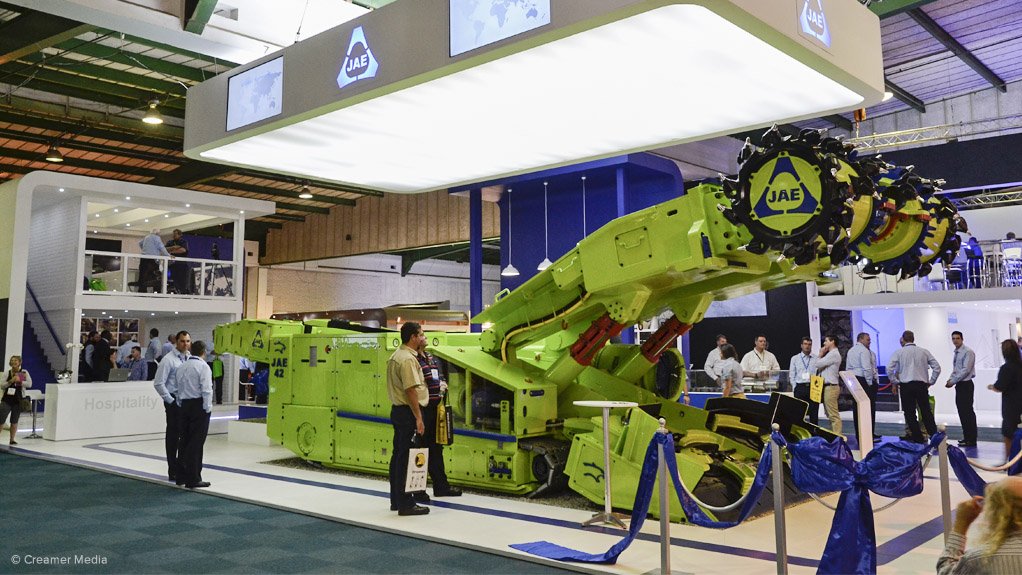 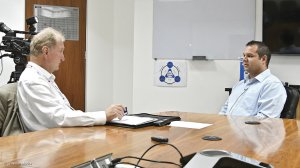 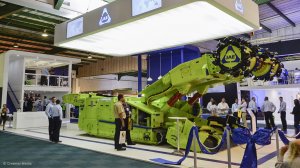 JOHANNESBURG (miningweekly.com) – A Proudly South African continuous miner, which is being shipped to Australia for final assembly, is due to go into operation Down Under in May, Mining Weekly Online can today report.

“It certainly shows that the Australian mining industry has gained a lot of confidence in our ability,” said Danie van Wyk, the CEO of JA Engineering Works, the exporter of the remotely controlled Wildcat JAE42A, which was designed and manufactured by JAE in Jet Park, Boksburg, and which has a high local content of 90%.

JA Engineering Works is a 200-employee, 30.5% black-owned original-equipment manufacturer (OEM) of not only continuous miners but also shuttle cars, roof bolters and feeder breakers, all of which are powered by grid electricity or large generators. The company is also a leading manufacturer of battery scoops, which are powered by direct-current batteries. (Also watch attached Creamer Media video.)

The robust Wildcat has been built from scratch, in a way that responds to customer requirements.

While it has the high cutting force essential to cut through South Africa’s hard coal, it will be deployed in Australia’s softer-coal environment, which could well result in enhanced performance.

Roof-bolting will not be required for the punch mining system, as people will be located away from the vulnerable areas.

JA Engineering’s impressive, well-equipped and well-kept factory, on just over 8 000 m2, is supported by a rebuild facility in Middelburg, Mpumalanga; a small depot in Vryheid, KwaZulu-Natal; and a rebuild and gearbox support facility in Queensland, Australia.

The current obsession of JA Engineering’s design team is to manufacture equipment that delivers the lowest cost per tonne for customers.

During Mining Weekly Online’s tour of the factory, an electrical panel was awaiting dispatch to Australia for use by the Wildcat machine, which delivers 400 kW of cutting power. There was also the image of the completed Wildcat on a designer’s screen in the engineering section, where the latest three-dimensional and two-dimensional modelling techniques are used, along with state-of-the-art strength-testing computer-aided design software.

The Wildcat is equipped with an integrated collision avoidance system and its development benefited from the experience the company gained from its JAE40 continuous miners. The company’s shuttle car range reaped the rewards of the company’s 32 years as a manufacturer of gearboxes for the coal-mining industry.

Most of the 80-plus battery scoops that JA Engineering has in the field operate as production machines in drill-and-blast environments. Battery scoops have been a long-standing OEM product range of JA Engineering, which has the majority of the local battery scoop market. Its 700-mm-profile, human-operated scoop is low enough to pass under one’s office desk.

The high local content of JA Engineering is reflected by direct imports amounting to a mere 9.7% of procurement spend, with the main import component brought in from the company’s Australian partner, Pempek, an electronic control systems provider.

“Our local content may vary between 80% to 90%, depending on what we manufacture during the year. Obviously, there are some indirect imports, such as bearings distributed by local suppliers, and we’re waiting to see how the new verification process will impact on our local supply content. We’re hoping it will do so very positively.

“Our manufacturing strategy has always been to form strong bonds with our local suppliers. With our partners, we manufacture everything, from pins and gears to steel structures, with the main import again being electronics,” said Van Wyk.

“We’re living at an exciting time with the endless opportunities that technology and manufacturing evolution are affording us. Our imagination is the only restriction,” said Van Wyk, who also emphasised the company’s extensive repair and rebuild capability, which includes electrical and mechanical upkeep of underground equipment and surface mining blasthole drills, rope shovels and walking draglines.