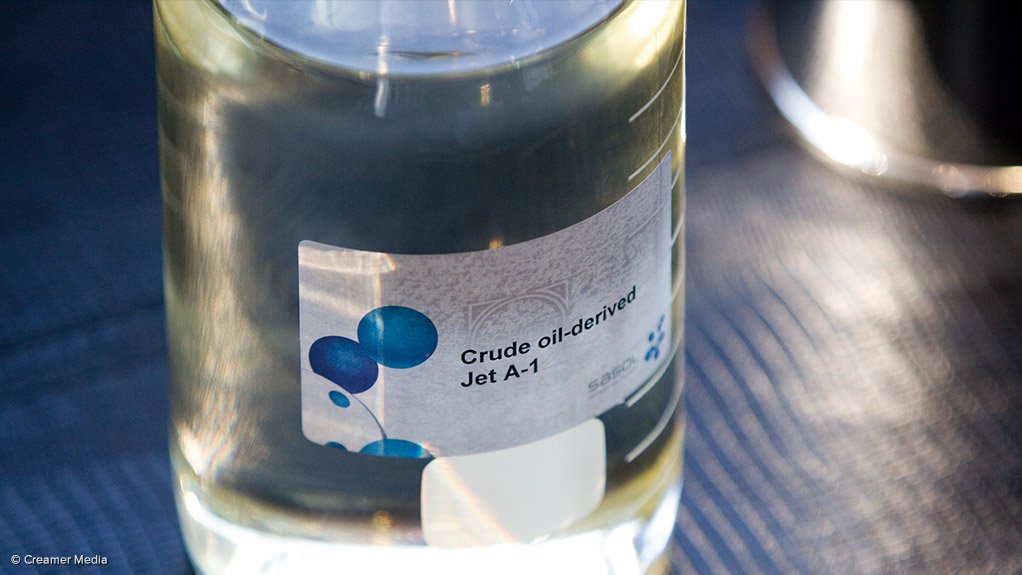 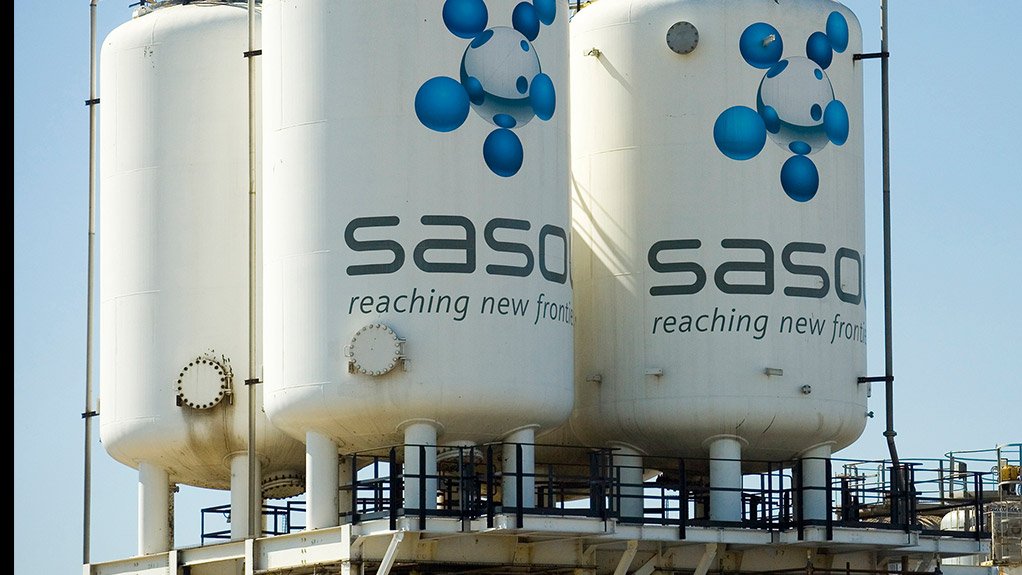 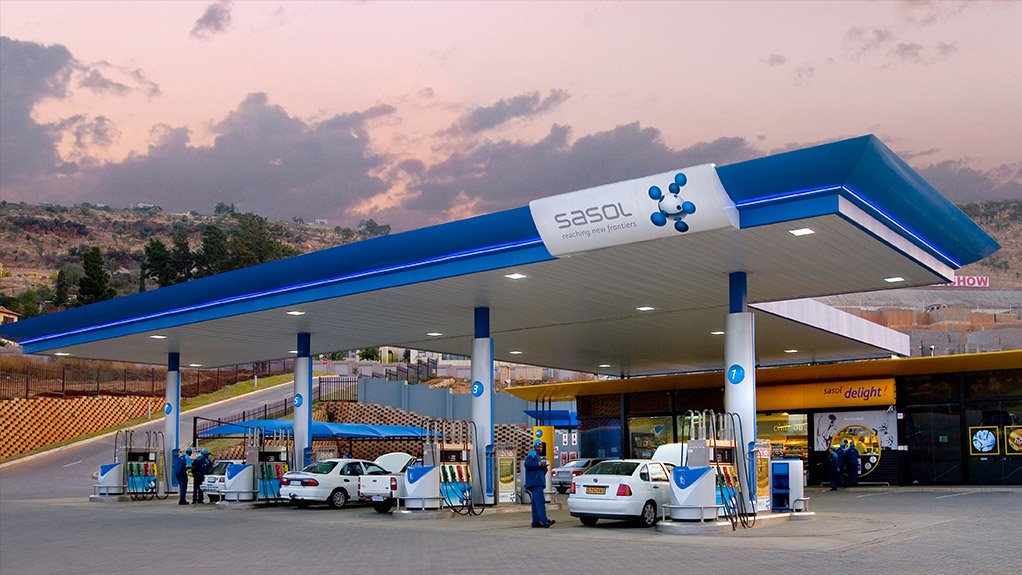 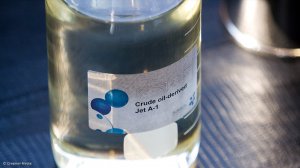 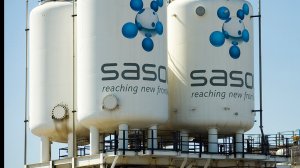 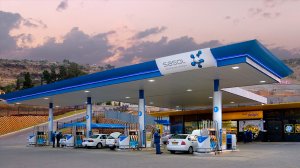 Photo by Creamer Media
EXPANSION IN LIQUID FUEL Sasol’s energy division is looking to increase its margin in the liquid fuels market
REMAIN COMPETITIVE Sasol is looking to further enhance its performance by ensuring it is able to remain competitive at an oil price of $40/bl
VALUE-BASED STRATEGY Sasol’s value-based company strategy hopes to continually accelerate growth and benefit shareholders in the short, medium and long term

Integrated chemicals and energy company Sasol’s 2018 financial year – which came to a close in June of this year – has proven positive in terms of realising the company’s strategy.

“The company has made significant strides in bettering its organisational culture and advancing opportunities in its upstream, energy and chemicals businesses,” said Sasol joint CEO and president Bongani Nqwababa during the company’s 2018 annual results announcement held in August.

In November of last year, Sasol shared its vision for a value-based growth strategy with the South African market. The long-term value-based strategy is meant to be responsive to opportunities and established global trends. It hopes to continually accelerate growth and benefit shareholders in the short, medium and long term by focusing on Sasol’s foundation business, energy assets, chemical assets and upstream growth.

He stated that the company is streamlining its performance chemicals portfolio. It plans to do so by focusing on organics, waxes and advanced materials. It also plans on further developing its incremental growth options in key-end market applications through added research and development. It also hopes to strategically advance its business readiness for near-term growth by investing heavily in the development of its Lake Charles Chemicals Project (LCCP), based in Louisiana, and the expansion of its China surfactants business.

Meanwhile, in the company’s upstream market – which Nqwababa stated is crucial for the sustainability of Sasol’s integrated Southern African value chain involving the long-term security of gas feedstock – Mozambique continues to be a strategic partner.

Nqwababa explained that the company is looking to explore, develop and produce gas in Southern Africa, secure coal and gas feedstocks for 2050 and beyond and grow a broad risk balanced upstream portfolio in Mozambique and into West Africa.

Gas from Sasol’s production sharing agreement in Inhambane province, Mozambique, is being prioritised by the company for the development of a gas-to-power plant in that country. Nqwababa highlighted that, “while the optimal size and capital investment for the plant is still being determined, surplus gas monetisation options are being jointly developed with Sasol’s partners”.

He added that additional focused exploration will be prioritised for the project in the short term. Further development of the plant will follow market demand to ensure maximum shared value and to minimise market risk to Sasol and its partners.

Moreover, in Sasol’s energy division, the company is looking to increase its margin in the liquid fuels market. As a result, Sasol has invested in the establishment of 12 new Sasol-branded retail convenience centres which it states will be operational by the end of this year. Nqwababa continued to say that a further 15 Sasol-branded retail convenience centres had also been planned for next year.

He further stressed that Sasol recognises that, “organisational culture is also a key enabler to delivering on this strategy”.

As a result, the company is driving a specific focus to proactively addressing fatalities and high severity injuries in pursuit of zero harm. He outlined that Sasol is committed to ensuring a safe, healthy and engaged (SHE) workforce, with the required skills, knowledge and experience to perform their duties safely and optimally. Sasol further reports that this has been reflected by its 2018 financial year safety recordable case rate of 0.27 – its lowest to date.

“Regrettably, our safety performance was marred by four tragic employee losses. They were Nelson Vilanculo, Dumisani Sibanyoni, Mandla Mahlangu and Nefthali Sepeame,” said Nqwababa, offering his condolences to their families, colleagues and friends.

Additionally, the company stated that its aspirational culture efforts are focused on building a resilient organisation where transformation, underpinned by diversity and inclusion is prioritised.

Nqwababa outlined that the final pillar of its value-based development strategy is focused on leveraging the long-term competitive advantage and sustainability of its foundation business. He clarified that this included the overall maintenance and continued improvement of its organisational culture, chemicals and energy assets and its upstream growth.

“In this regard, Sasol is actively and continuously managing its portfolio of assets. It will fix assets that will increase its returns, while exiting those that are not in line with its strategy and have lower than desired returns.”

Towards this goal, about 75% of Sasol’s asset reviews have been completed with the majority of assets to be retained and with some earmarked for growth.

He also stated that a further $1-billion in net asset value had been identified for divestment. This includes Sasol’s shareholding in Malaysian assets, which it has sold to fully integrated oil and gas multinational Petroliam Nasional Berhad for $163-million. It has also begun to market its Canadian shale gas assets.

“As Sasol progresses with these and other divestments, we will update the market accordingly,” said Nqwababa.

Sasol is also looking to further enhance its performance by ensuring it is able to remain competitive at an oil price of $40/bl. The company’s target is to lift its return on invested capital by two percentage points by 2022 through continuous operational improvement, and a focus on gross margins, fixed costs and invested capital.

“Sasol has already identified 50% of the value enhancing opportunities, focusing on customer engagement solutions, our functions and improving the reliability and margins in our energy value chain,” averred Nqwababa.

He concluded that one of Sasol’s key continuous improvement levers is digitalisation, which the company feels has been positioned as a value enabler across all businesses globally.