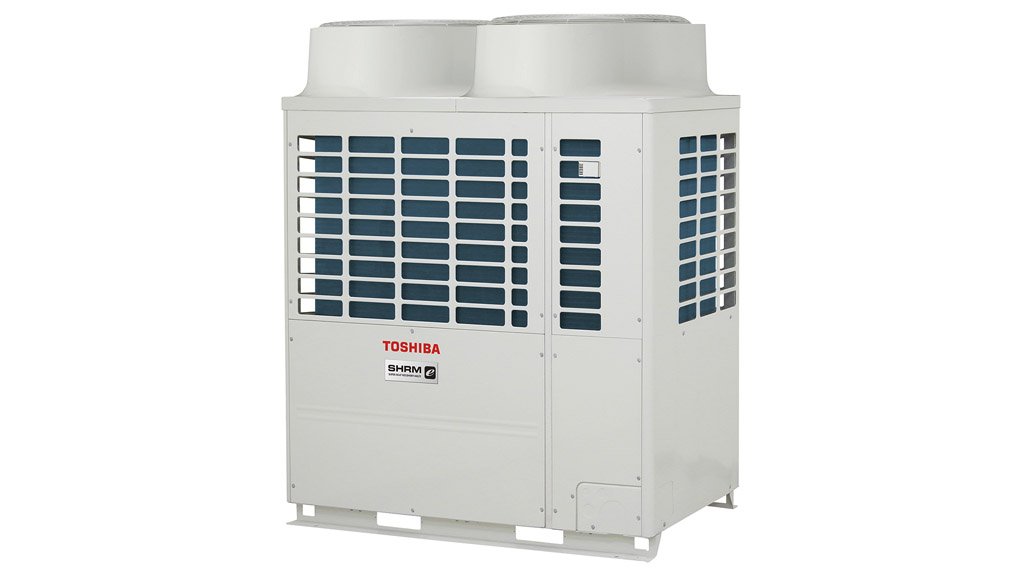 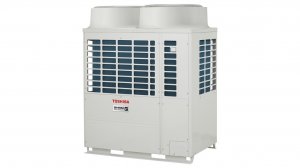 AHI Carrier engineering manager Jacques Samuels explains that the SHRM-e series (E-series) represents the latest iteration of Toshiba’s VRF technology, which it pioneered and launched in 1985.

Samuels said the E-series, launched late last year, has various new features and improves on the shortcomings of the SHRM-i series, which is still available, but is slowly being phased out.

“The E-series compressor has a twin rotor design to improve efficiency. It also has twin vanes, as the SHRM-i’s single vane system result in minimal pressure loss. “The vanes have a diamond coating to extend their longevity.” He believes that both design changes are a first for the HVAC industry.

Samuels added that the E-series uses a four-sided condenser coil which increases pipe surface area, and enables smoother air flow. Previous Toshiba VRF systems used two-sided and three-sided coils. Further, the coil has been split as a means of improving energy efficiency. When the system is running at 100% capacity, the entire coil is used, when it is at 80%, the top half of the coil is used and when it is at 20% or lower, the bottom half is used. He comments that the condenser fan propeller has also been changed, resulting in a noise reduction of 1.5 dB.

The E-series feeds multiple indoor units from modular outdoor units, usually situated on building roofs or in basements. About 512 indoor units can be controlled centrally by building or facility managers, in conjunction with the relevant building management system.

Further, he pointed out that the use of two compressors ensures that the system can still run at about 65% capacity, in the event of a fault or failure in a single compressor (provided it is not an electrical burnout). The system is designed in such a way that a single compressor runs during the off-peak morning session, with both compressors working at equal capacity at noon, and the other compressor working in the evening off-peak session. Samuels explained that this means that both compressors work the same amount of hours, which enhances the efficiency as well as the longevity of the system.

One of the E-series’ other benefits is that it incorporates Toshiba’s Wave Tool Technology (WTT) – a wireless commissioning and performance validation tool that enables engineers to read and write data to and from the condensing unit using a smartphone, without making physical contact. “It enables testing and commissioning to be carried out without taking the covers off the unit, another industry first.”

The WTT uses Near Field Communication (NFC) technology to transmit data between the outdoor unit and the engineer’s smartphone. The tool allows service and commissioning engineers to instruct and obtain key system information simply, as the engineer need only touch their smartphone onto the NFC tag on the outdoor unit.

Samuels concluded by noting the SHRM-e VRF systems were recently installed at government buildings in Maseru, Lesotho, and Pretoria, Gauteng, as well as in a game lodge in the Northern Cape, and several housing estates in Pretoria and Witbank.