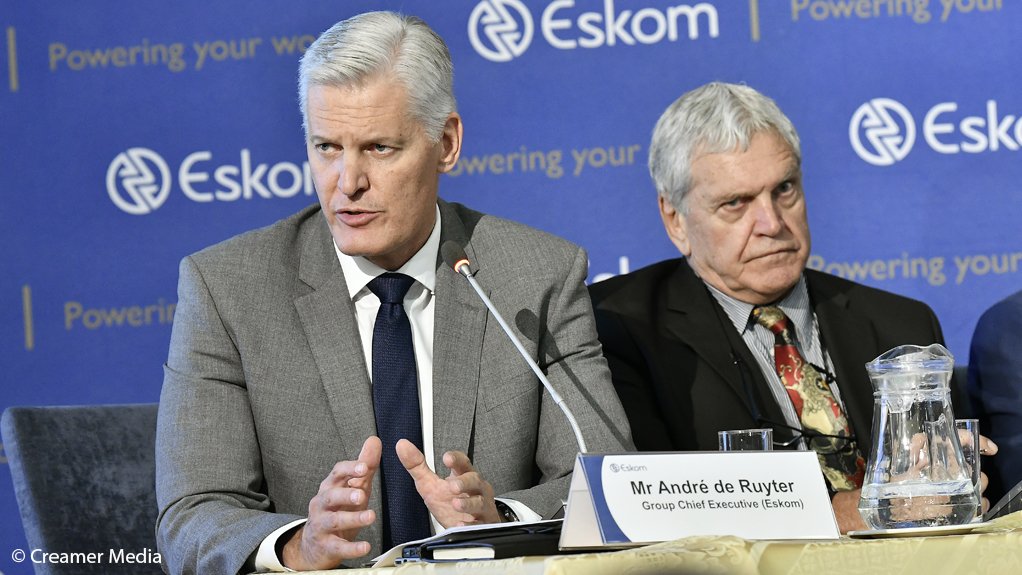 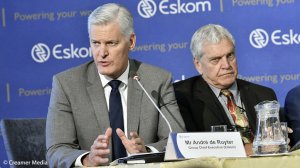 State-owned power utility Eskom, which is ramping up the maintenance of its unreliable and unpredictable coal power stations, anticipates that there will be a ‘step change’ in the performance of the fleet from April 2021, but has also warned that the risk of load-shedding will persist until at least September and will not be fully eliminated until significant new generation capacity is introduced.

In fact, CEO Andre de Ruyter said during a ‘State of the System’ briefing on Thursday that far more capacity than the 11.8 GW of new non-Eskom generation earmarked for procurement by government over the coming three years would be needed to stabilise supply and create the platform for future economic growth.

“We shouldn’t stop at the 11.8 GW. We believe that more is required, because the economy, hopefully, will grow and, as the economy grows and demand increases, we will need to position ourselves to keep on supplying electricity to South Africa. So, I think this is a very positive step, but it should also be seen as a first step to be followed by subsequent procurement programmes.”

De Ruyter said that, given the coal fleet’s advanced average age of 39 years, decommissioning was inevitable, while it would also not be possible to return all the remaining units to their original condition.

“[These units] have had a hard life – we have run them very hard and we have not maintained them as well as we should have. [Thus] to expect that we can fix them to the state in which they were originally delivered is, I think, not realistic.

“Therefore, our plea has been consistently that, in addition to the reliability maintenance programme that we are carrying out today, we need additional generation capacity to be added to the grid.”

The Ministerial determinations recently approved by Mineral Resources and Energy Minister Gwede Mantashe for procurement of additional energy and capacity for independent power producer (IPPs) was a “step in the right direction”.

“However, if I may ask the Minister: we need more.”

De Ruyter also appealed for Eskom to be fully involved upfront in the planning process for integrating the IPPs into the network so as to ensure the timelines involved in finalising both the commercial processes and construction of new capacity were accelerated.

For the immediate future, however, Eskom would press ahead with its maintenance programme, as well as efforts to ensure that the remaining Medupi and Kusile units were fully integrated on to the grid and that design flaws were addressed during outages or construction to ensure that the 12 units operated at nameplate.

It was also making progress on the R20-billion Koeberg nuclear power station life extension projects, with the first new steam generations having been delivered for installation at Koeberg Unit 1 during its 2021 shutdown.

Neither the fleet maintenance, nor the ramp up of Medupi and Kusile would offer immediate supply relief, particularly for the current summer period to March, during which Eskom expected to sustain planned maintenance at a level of close to 10%.

Therefore, COO Jan Oberholzer confirmed that the utility would be making more extensive use of the country’s expensive diesel-fuelled open-cycle gas turbines (OCGTs) than it had initially planned.

Between April and September, during which South Africa endured its worst-ever period of load-shedding, owing primarily to high levels of unplanned breakdowns, Eskom spent R1.37-billion operating the OCGTs against a budget for the period of R561-million.

Oberholzer reported that, for the full 2020/21 financial year, the OCGT plants would most likely operate at load factors of between 8% and 10%, rather than the 4% provided for at the start of the year.

Thus, instead of spending R2.9-billion on OCGT-generated electricity for the year, Eskom could end up spending more than R4-billion.

Despite lower demand relative to winter, Scheppers indicated that the plan pointed to the “extensive” deployment of OCGTs during most weekdays, with far lower diesel demand over weekends.

Offsetting the risk of load-shedding would also require Eskom to make expensive use of its demand-response products, as well as the interruptible load-shedding contracts it had in place with power-intensive businesses.

De Ruyter said the maintenance programme and progress at Medupi and Kusile would “contribute to a step change in the availability of our generation system by April of next year, but this is not yet enough to eliminate entirely the risk of load-shedding”.

“But we anticipate that by September of 2021 we would have performed adequate reliability maintenance to have significantly reduced, sadly not eliminated, the risk of load-shedding going forward.”

Eskom is targeting an energy availability factor (EAF) of 70% for the current financial year, with a coal fleet EAF of 67%. It aims to improve the coal EAF to 70% in the following financial year and increase system EAF to 72%.

In the previous financial year, the coal EAF fell to 63% even after several units at the older power stations of Komati, Hendrina and Grootvlei were removed from the calculation.