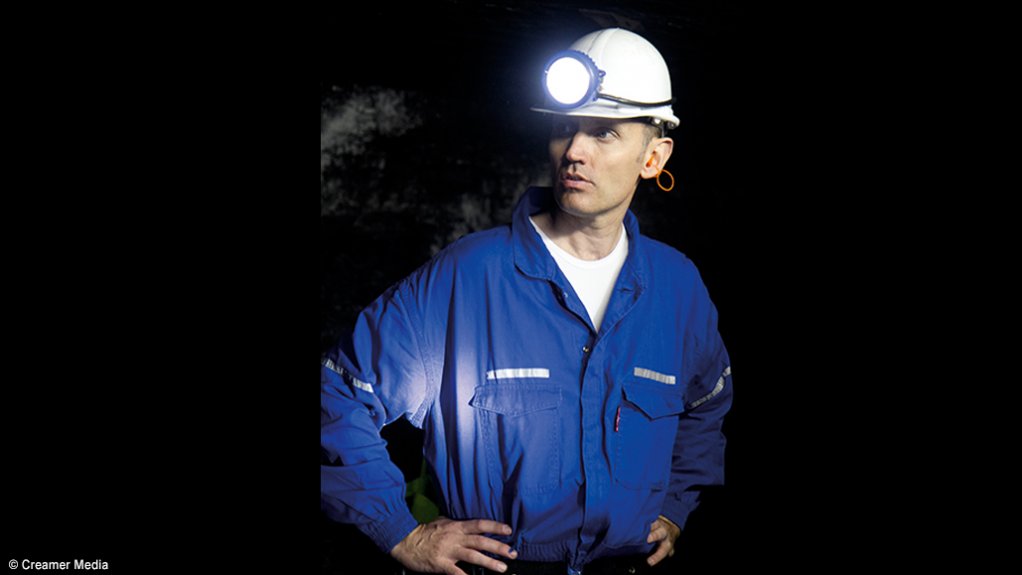 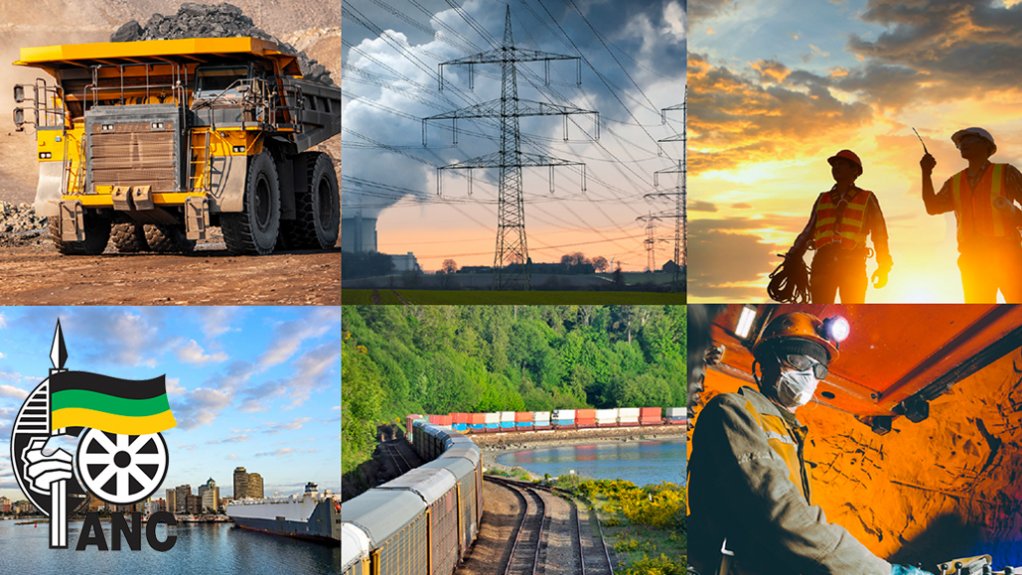 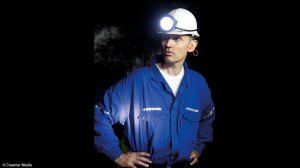 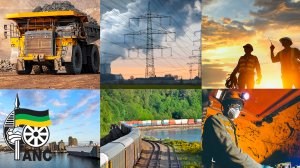 JOHANNESBURG (miningweekly.com) – Reaction has been positive to the discussion document of the economic transformation committee (ETC) of the African National Congress (ANC), which states that the listing of mining companies on the Johannesburg Stock Exchange (JSE) should be encouraged and mining exploration incentivised, as is the case in other mining jurisdictions.

The 30-page discussion document of the ANC’s ETC puts forward an economic framework for reconstruction, growth and transformation, with the objective of building a new, inclusive South African economy, at a time when the Covid-19 pandemic is continuing to impact negatively on economic activity.

In its comment on the mining sector, the ANC’s ETC document states: “Listings of mining companies on the Johannesburg Stock Exchange should be encouraged and South African retail investors willing to invest in mining exploration should be incentivised, as is the case in other mining jurisdictions.”

Minerals Council South Africa on Tuesday acknowledged the release of the ANC’s reconstruction, growth and transformation document and said it was pleased to note the approaches proposed to reinvigorate the county’s mining industry.

Minerals Council was pleased that the document acknowledged the falling levels of investment in exploration, to which the Minerals Council had consistently drawn attention, and the job losses the industry had faced in recent years. A consequence of the dearth of exploration spending was that fewer new jobs were created to replace those lost. Despite this, the council noted that the ANC document reaffirmed that South Africa remained “a global mining powerhouse”.

"We also welcome the increased focus on innovation and junior mining, both of which are key to extending the country’s mineral legacy. We are particularly pleased by the suggestion that listings of mining companies on the JSE be encouraged and South African retail investors willing to invest in mining exploration should be incentivised, as is the case in other mining jurisdictions.

"This is a significant proposition which will give junior mining companies a fighting chance when competing for investor funds. The junior mining sector is a key to further growth and employment in the industry, yet the ability to develop new projects has become exceedingly difficult with hundreds of companies trying to access a shrinking pool of funding and investment opportunities. We look forward to seeing concrete proposals and to a booming junior sector in the near future," the council stated.

Asked by Mining Weekly for his comment on the ANC document, this was the reaction of Cobus Loots, the CEO of midtier gold mining company Pan African Resources: “It’s heartening to see recognition from the governing party that mining and mineral exploration should play a critical role in South Africa’s future, as it has in our past and present also.  In my view, the best incentive to encourage mining exploration and investment is to create an environment of certainty and stability, where it is easy to do business.

“We have to recognise that more than ever, in a post-Covid world, South Africa will be competing with the rest of the world for capital, we have to be first class in order to attract and retain investment.  It’s truly exciting to witness the positive difference that a mining operation can make to the lives of all of its stakeholders; mining exploration is the first step in uplifting more of our people,” Loots stated.

In his response to the ANC document, Paul Miller, the director of AmaranthCX, a consultancy to the minerals industry, stated: “I’m very pleased to see that the penny has dropped that the development of public markets, like the JSE, and the junior exploration sector should be firmly linked – two sides of the same coin basically – and that any effective policy must do both, simultaneously.  Previously initiatives like Section 12J have failed when it came to mining exploration, in part because they did not both develop the market for raising the capital and the junior minerals sector itself.”

Miller led the JSE-listed coal exploration and development company Keaton Energy and advised many others in his former capacities as Nedbank CIB mining finance principal and as MD of the CCP 12J startup, which specialised in the financing of secondary and ancillary projects on existing mines.

“I am concerned, however, that the South African mining sector has for all intents and purposes decoupled from our public markets – remembering that the JSE was born to serve the primary capital requirements of the mining industry.  Forty years ago, half of global mining industry market capitalisation traded on the JSE; we are now down to some 26 companies of which quite a number have no operations in South Africa.  However, South Africa still has close to 400 operating mines (more than the rest of Africa, collectively) across a diversity of commodities, ranging from small limeworks to global Tier One assets, and yet almost no primary capital raising for new projects takes place in local public markets.  It seems that our market regulators think that secondary trade in exchange traded funds based on foreign indices or just the 80 largest most liquid local companies is enough. Perhaps we need to relook the value of a stock exchange to a society, which in my view should be the raising primary capital for the real economy.

“If the ANC wants to encourage listings on the JSE, then the national chairperson of the ANC [Gwede Mantashe] could start the process by simply phoning the respective chairpersons of Bushveld Minerals, Ivanhoe Mines, Jupiter Mines, Magnum Mining & Exploration, Platinum Group Metals, Bluerock Diamonds, Diamcor, Taung Gold and any other foreign listed mining company with operations in South Africa and ask them to please apply for a low-cost, fast-tracked, secondary listing on a local market as part of their contribution to post-Covid recovery. This would create some interest and excitement in the short term and get some positive momentum going. Moral suasion should probably be enough to do it,” said Miller.

“A really quick way of encouraging retail participation on the local markets already exists, without incurring the cost to the fiscus of new incentives - this would be to allow individual investors to manage their own tax-free savings accounts, or perhaps a capped portion of their own retirement annuity, in a ring-fenced stock broking account.  In a similar way to which Australians can self-manage a portion of their Superannuation Funds (a Retirement Annuity equivalent).  Rent seeking big business members of ASISA wouldn't like this - as they benefit from high fees and will lobby National Treasury against investors being able to do their own thing at low cost.  But small companies, like junior miners, need a diversity of small investors and our concentrated financial services sector needs to open up space for smaller growth companies and less risk averse investors.  We can follow that up by cloning the flow through share schemes of Canada or Australia, however, that would probably take a full legislative process, which is a longer term solution."

The ANC discussion document also wants mining research and development, led by Mintek and the Mandela Mining Precinct, increased, as well as the Council for Geoscience (CGS) playing a leading role to ensure long-term expansion of the sector by assisting mining exploration.

Miller agrees that CGS should take a leading role in mineral exploration, “but by leading, I mean leading early in the exploration life cycle; by doing primary knowledge generation which is then made public to crowd-in private sector investment.  Regional mapping, geophysical surveys etc. What I hope it does not mean is that the CGS starts taking a commercial interest as a competitor in the exploration market - this would be a fatal conflict of interest.

“Finally, no policy change will help if the administration is not capable of implementing and managing the policy.  The Department of Mineral Resources and Energy (DMRE) has proved itself an extremely poor administrator, with corruption and incompetence being a feature of far too many civil court findings against the department over the last 15 years.  We need a complete change of heart in the DMRE, where officials embrace full transparency and put it into practice, and pull back from being politically involved activists (or worse, corrupt crooks).

“Politicians must set policy and officials must administer it per clear, straight forward laws and regulations - our DMRE officials have taken it on themselves to interpret and apply policy and unclear or vague laws and regulations as they deem fit, and per whatever their personal definition of ‘transformation’ is, which serves to enable corruption and is never going to make for an attractive investment destination," said Miller.

The ANC document states that the mining sector can help South Africa to drive a localisation agenda. In this regard, it says, there is a need to more aggressively re-orient the mining sector inwardly, in order to support the local beneficiation of minerals, build the minerals value chains and strengthen broad-based industrialisation. Linked to this is the identification of strategic minerals that will be designated for local beneficiation.

In Mining Weekly’s reaction round-up Kumba Iron Ore CEO Themba Mkhwanazi drew attention to mining’s status as an integrated industry: “Mining is one of the most integrated industries in South Africa’s economy. Notwithstanding the many challenges the industry faces, including the pressure wrought by Covid-19, mining remains one of South Africa’s largest export earners, employing close to half a million people directly with an additional four to five million people indirectly employed through the value chain. Add the number of businesses – small, medium and large – that benefit from mining procurement, or communities across the country who benefit from the immense social and infrastructure investment from mining companies – and the picture becomes clearer: mining is South Africa’s champion industry.

“Across the world, industries such as mining are on the cusp of a significant change led by the accelerating pace of technological and other forms innovation. In mining, in particular, we have a unique opportunity – digitalisation, automation, and artificial intelligence are all opening opportunities for the industry to be safer, more productive and sustainable in every sense. Embracing this change is critical for the industry in South Africa to continue to thrive and continue to create job opportunities for many South Africans,” Mkhwanazi stated.

In his reaction in Business Day, Minerals Council South Africa’s junior leadership forum chairperson Errol Smart was quoted as saying: “It’s the first time in a long time since I’ve seen a document drafted by a political organisation that I could nod my head to in most factors."

The ANC’s document reignites debate around calls made by the mining industry, investors and analysts for many years that SA should adopt the Canadian flow-through share model, which provides tax incentives for purchases of equity in exploration and junior mining companies.

“We’ve been banging on this drum for so long. I’m hugely encouraged someone has heard the drum roll and the ANC policy committee has taken it on board,” Smart said.

“There’s a role for junior mining to play in rural areas of SA, which are often overlooked in development finance opportunities. That’s where we need to get funds moving,” he added.

The model has made the Toronto bourse a go-to destination for mining companies, rich with investment inflows and deal activity, added Business Day, which revealed that Smart and his team at the junior leadership forum had employed the services of legal firm Fasken, one of Canada’s largest law firms, to help it prepare a document to take to the  National Treasury and South African Revenue Service to argue for the changes in regulations needed to make a flow-through share scheme a reality in South Africa.

Smart is CEO of Orion, which is restarting the Prieska copper and zinc mine in the Northern Cape.