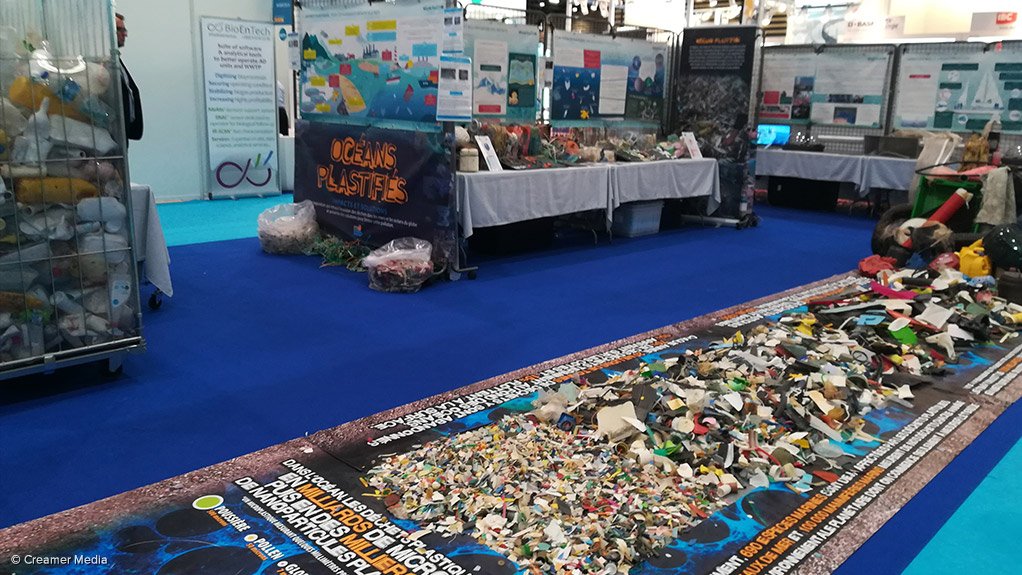 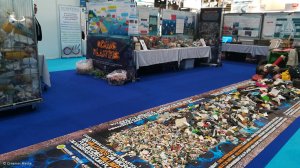 This year’s event saw an increase in the number of international exhibitors and also hosted three new pavilions – Korea, Hungary and Italy.

Thirty-seven countries, including  France, were represented at the show.

More energy sector exhibitors attended this year, while the most proliferate exhibiting sector was water management.

A huge focus for Pollutec at this year’s edition was the issue of recycling plastic that is polluting seas and oceans.

One such display at the show depicted actual pollution items recovered from the ocean, providing a stark image of the reality of the problem.

Pollutec also provided a platform for a number of companies to launch and display new products and innovations across the spectrum of the environmental industry.

One such example was within the urban mobility and development sector – an exhibition by Supraways of a new autonomous, fast and high-quality public transport mode that it is developing.

Supraways organises this transportation system as networks, with interconnected loops and lines, which means that people will not have to contend with connecting time. Instead, they will choose a destination and go there directly, without any intermediary stops, which is thrice the speed of any other transportation mode, the company said.

This system has the capacity to be extended to logistical transport.

It is expected to be implemented in 2021.

Pollutec also entrenched client relationships and provided the opportunity for companies and visitors to meet new clients and forge relationships.

Speaking to Engineering News Online at the show, Audit Rehabilitation Travaux director general adjoint Jean-Mattheieu Decombes said the company has been attending the show for the past two decades, and is debuting as an exhibitor at this year’s edition.

“We are very familiar with the show, and we expect that our first year presenting will have good results, with the aim to find new contacts, especially international clients.”

The company currently provides services to France, but is aiming to expand internationally, starting with French-speaking countries in Europe or Africa.

The contractor company provides a special rehabilitation of drinkable water pipes, by cleaning them and then lining them with a drinkable resin.

The company displayed its Reduce programme, which facilitates productive machines without comprising on optimal conditions. Two dedicated machines were also on display.

This entails three components. Firstly, reduced risks, where users are provided with various mediums of information on using their machine for enhanced safety of the equipment and operators.

Secondly, reduced fuel, where users can compare the fuel consumption of two machines in the same range, including competitor machines. This is in accordance with the Manitou protocol, on which the future European standard is essentially based.

Thirdly, reducing total cost of owernships, which informs users of the breakdown of costs over the entire life cycle of the machine, enabling them to choose a machine that best suits their requirements. This constitutes criteria including, but not limited to, fuel consumption, maintenance, insurance and resale  value.

One of the models on display at Pollutec was the MLT 741M, a telehandler from the NewAg cultural range, particularly suited for bulk handling on recycling sites, boasting features such as improved visibility.

Another machine displayed was the ME 430 forklift, part of 14 products from a range of electric trucks offered with a three or four wheel drive.

This is particularly suited for handling and transporting pallet boxed containing waste electronic and electrical equipment and other materials to be recycled. It has a load capacity of 1.5 t to 5 t, for a maximum lifting height of 6.5 m.

One exhibiting entity was Be Circle, a consulting service based on a Web platform, designed to assist industrial synergies that increase resource use efficiency and competitiveness.

It, therefore, provides support to industrial ecosystems in their transition towards a circular economy.

It represents two years’ worth of development, beginning in 2017.

Thus far, it has been trialled in three European industrial parks.

A unique exhibition at Pollutec came from access solutions provider EJ, with its 360˚ stand, which enabled visitors to explore through virtual reality.

The company presented the Defenso double hatch system, designed to secure access to drinking water systems. It boasts a high security certification, protecting against high risks, such as a terrorist attacks.

It also displayed its range of cast iron Capto Plus drainage gratings, designed for child safety and against the risks of vandalism, thanks to an ergonomic locking system.

Also displayed was the Svelto range of composite covers, a lightweight and aesthetic material, suited for places that require an aesthetic visual finish.