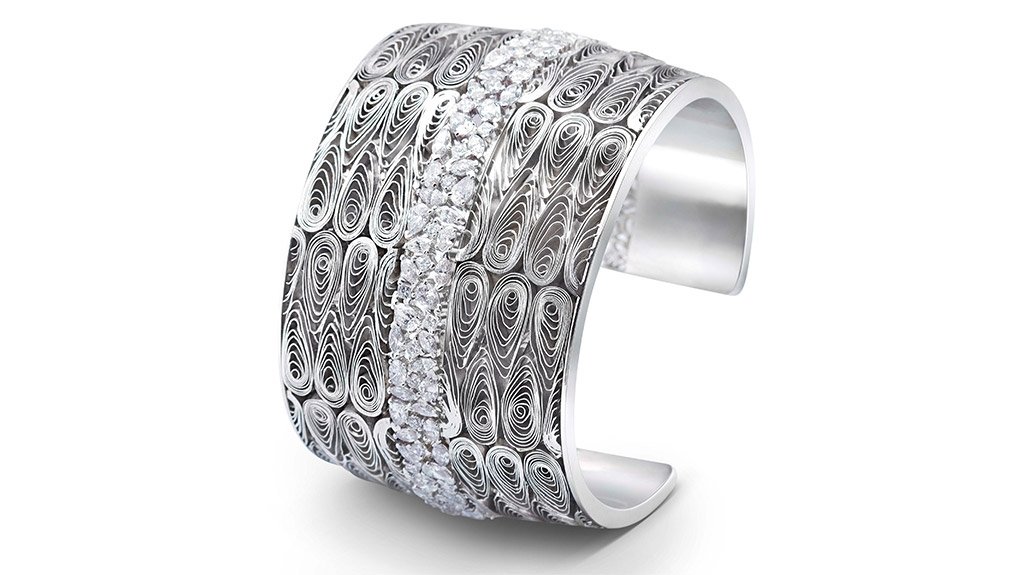 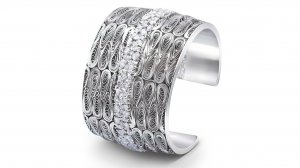 Manufacturers and retailers of platinum jewellery have begun working towards ensuring the recovery of the sector, as Covid-19 continues to heavily impact on the global economy, the Platinum Guild International’s (PGI’s) latest 'Platinum Jewellery Business Review (PJBR)' states.

Published on June 12, the review notes that the Covid-19 crisis has caused China’s gross domestic product (GDP) to sink to the lowest level since 1992 and that, against a backdrop of overall stagnant retail demand, platinum jewellery manufacturing outperformed that of gold, as some manufacturers stockpiled platinum at lower prices.

Additionally, the slowing Indian economy continued to face weak domestic consumption and low investment and is forecast to result in a weak quarter owing to the impact of Covid-19, while jewellers miss important festivals and the key wedding season in this region.

The pandemic also severely impacted on Japan’s economy, which was already struggling owing to a sales tax hike in the fourth quarter of 2019. However, despite demand having fallen in the first quarter, the PJBR states that platinum might increase its market share during the post-Covid-19 recovery and on the back of a low platinum price.

The US faced an unprecedented health and economic crisis caused by the pandemic and saw its GDP contract in the first quarter. While platinum business declined in this region in the first quarter, the PJBR notes that current metal prices will continue to position platinum favourably against 18 kt white gold.

Overall, however, platinum jewellery retail business decreased by 50% in the first quarter in China, compared with a 13.5% contraction in 2019. No results were noted for India’s first quarter, but 2019 saw growth of 14%.

China’s jewellery demand fell in the first quarter, as the Covid-19 outbreak “slashed” jewellery demand, according to the PJBR. Despite the fall, innovative products with a lighter weight and fashionable designs continued to outperform and are increasingly more popular on major online platforms.

Gold, silver and jewellery categories declined by 38% year-on-year in the first quarter, according to the National Statistics Bureau, as a result of store closures from late January, although the pace of decline slowed in March compared to January and February.

As a result, the PJBR forecast that there will be destocking pressure in the second quarter extending into the third.

To assist with the decline, the Chinese government has taken a series of measures to spur economic activity including lowering borrowing costs, releasing liquidity to encourage bank lending, cutting or waiving taxes and fees and offering preferential policies to businesses most hit by the outbreak of the virus.

The outbreak of Covid-19 caused most factories to close for half of the first quarter, resulting in a 56% year-on-year decline in platinum jewellery fabrication volume in this period. However, the slump in the platinum price in mid-March has led to a small peak of stockpiling in Shenzhen.

Meanwhile, the Indian government has proposed invoice financing, working capital and debt financing by banks and the Non-Banking Financial Company and has also increased the threshold for audit from $130 000 to $660 000 to boost the small, medium-sized and microenterprise sector in the jewellery industry.

The government has imposed a customs duty of 0.5% on the import of rough coloured gemstones, rough synthetic gemstones, and pre-forms of precious and semi-precious stones. This will negatively impact on the industry, the PJBR says.

Owing to the outbreak of the coronavirus, retailers started to experience diminished store traffic from the third week of February. India’s lockdown started on March 24.

However, even if the lockdown is lifted by the end of June, the jewellery industry would still have lost two-quarters of business.

Owing to the ongoing lockdown, PJBR retail partners in this region are unable to share results for the first quarter.

Meanwhile, in Japan, luxury brands were hard hit by the steep decline in in-store traffic, in-bound tourists and closure of key stores following the state of emergency from April.

Jewellery retail sales continued to contract in the first quarter owing to falling store visitors caused by Covid-19, with sales value and price declining by 13.3% and 13.1%, respectively. This is following the decline in the fourth quarter of 2019 after the sales tax increase in October.

White gold was the worst performing category on the back of high gold and palladium prices, and demand for diamonds and pearls weakened in the first quarter, but consumers in Japan are staying away from lab-grown diamonds.

Overall, platinum jewellery unit sales decreased by 13.5% year-on-year in the first quarter, and platinum’s low metal price could play a positive role during the recovery. However, the PJBR says this will be subject to the availability of the metal, amid a combination of private investors rushing to purchase the metal and supply chain disruptions in bringing the metal to the market.

Further, the US jewellery industry had a strong start to this year, with jewellery retail store sales having grown at 10% year-on-year in January.

However, the jewellery business will likely see the impact in accelerated closing of small, “mom and pop” stores in the coming months that will not be able to absorb the impact of the pandemic and return to profitable operation, according to the review.

As the jewellery industry in this region has been slow to adapt to consumer demand for an omni-channel experience, the PJBR says this crisis “may actually help the industry in the end” by forcing stores to get up to speed quickly in order to remain relevant and viable.

Gold jewellery demand slipped during the first quarter owing to rising gold prices and the coronavirus has set high expectations for this. The current market situation would, ordinarily, be a time for retailers to reactivate their trade-in business, but many were closed during the quarter because of the virus.

The early part of the first quarter was positive for diamond sales, with retailers restocking for Valentine’s Day and the wedding season. While loose diamond demand has declined in the short term, optimism remains for the longer term.

PGI’s strategic partners in the US reported a 10% year-on-year decline in sales for the first quarter owing to the impact of the pandemic.

Since the crisis began, jewellery trade organisations and publications have been conducting webinars to engage jewellery manufacturers and retailers to remain in contact during the period of isolation.

Overall, current metal prices will continue to position platinum favourably in the market, the PJBR says.