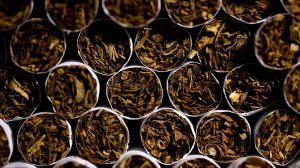 To reduce tobacco-related deaths that are estimated to amount to seven-million people a year globally, the Department of Health published a proposed Control of Tobacco Products and Electronic Delivery Systems Bill in May for broader public comment, which will regulate all tobacco products to be subjected to standardised packaging and labelling.

The Bill proposes the introduction of plain packaging, where all tobacco products have to look the same, as well as a ban on smoking in any public outdoor area, tight restrictions on indoor smoking and, if passed into law, heavy penalties for contravening them.

Further, the Bill will also enable the Minister to issue regulations that create specific rules regarding the packaging and labelling of electronic delivery systems. With the Bill not having guidelines in this regard, packaging and labelling will be entirely at the Minister’s discretion. An infringement of this section of the Bill may result in a fine or a period of imprisonment for not more than five years or both upon conviction.

Meanwhile, intellectual property (IP) law firm Spoor & Fisher Jersey Channel Islands MD Wayne Meiring says it is difficult to say whether plain packaging will allow for easier counterfeiting or copying. However, with fewer elements, such as typestyles, logos or colour combinations, to be copied, the risk remains real, as it is precisely the lack of such elements that may, in fact, make counterfeiting easier.

Meiring states that governments in countries, such as Australia, Hungary, Ireland, France, New Zealand, Norway and the UK, have forced tobacco companies to forgo the trademark rights over their brands and use only plain packaging, which, he says, should be a requirement in South Africa. He points out that trademark owners argue that a law that makes it impossible for certain trademarks to be used can be regarded as expropriation of property.

“In South Africa, a trademark registration can be cancelled after five consecutive years of nonuse, and any measures that make it impossible for a trademark owner to use its registered trademark infringe the constitutional protection provided for property, if there is no compensation involved,” Meiring explains. He notes that the counter-argument is that the law provides that nonuse will not lead to cancellation if there are special circumstances.

The South African authorities have monitored developments in other countries that have similar trademark laws, where plain packaging legislation is regarded as lawful, as part of a comprehensive approach to control tobacco.

Following its publication, the Bill received mixed reaction from the tobacco and cigarette industries, non-profit organisations and the public. The legislature will consider the various public comments received and decide whether to amend the Bill in its current form.