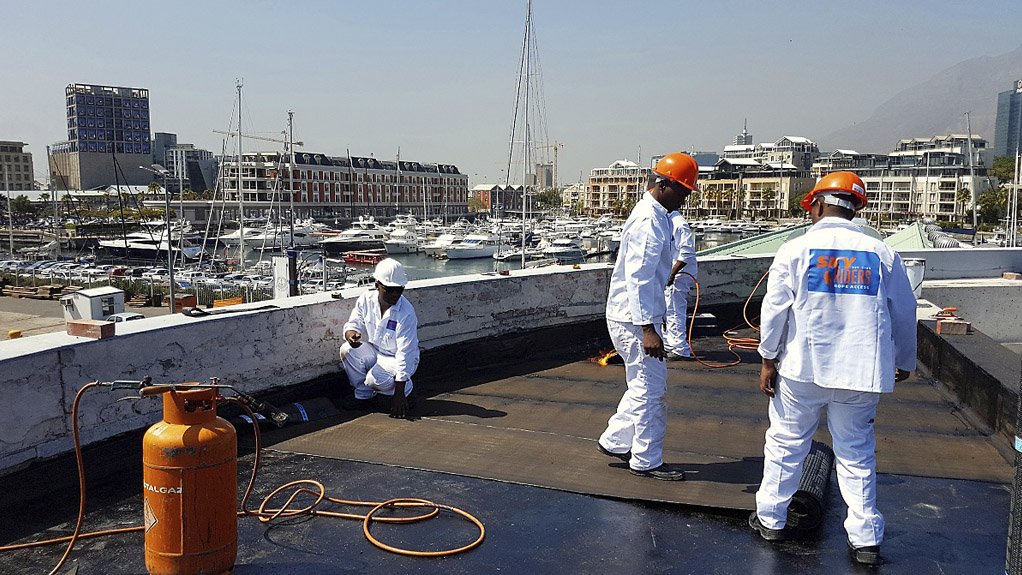 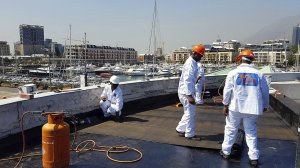 Speciality chemicals manufacturer a.b.e. Construction Chemicals supplied a range of products for the resealing of the waterproofing system of two Cape Town Two Oceans Aquarium tanks between January and March this year.

He notes that a.b.e. – which is part of cementitious product manufacturer CHRYSO Southern Africa Group – supplied six products for the waterproofing of the aquarium’s predator and kelp tanks. He adds that the project also involved applying new waterproofing to the aquarium’s public and service areas.

“a.b.e. has had a long association with waterproofing and construction advisory firm KVB Associates and this, along with the approval of the project’s main contractor, Haw & Inglis, led to the use of a.b.e’s products for these projects,” says Dalton.

The a.b.e products used for both phases include bituprime, Index Fidia P4, and Index Testudo for the roof slabs, with duraflex, Superlaykold and 3-ply Malthoid used for all the other areas.

Bituprime is a bituminous sealer and primer that contains petroleum solvents, Index Fidia P4 membrane is manufactured from a compound of distilled bitumen and polymers, while Index Testudo is a torch-applied high mechanical resistance, reinforced elasto-plastomeric polymer waterproofing membrane.

“Haw & Inglis handled the removal of the existing waterproofing systems and the installation of new granolithic sloped screeds,” says Dalton. “Thereafter, the new areas were primed with a.b.e.’s bituprime, followed by a 4 mm layer of Index Fidia P4 and a 4 mm layer of Index Testudo to the flat areas. “An additional third layer was applied to the plinth and ramp areas for maximum protection.

“The 3-ply Malthoid was applied as a protective layer prior to the sand and concrete paver slab installations. “The flat roof area that required new waterproofing is about 800 m2,” Dalton states.

Citing some of the challenges involved in the project, he notes that there were “sudden changes” in the building programme, owing to unforeseen circumstances. This resulted in Sky Waterproofing’s having to “take control” of the final preparatory works, including the finalisation of termination details, the installation of 40-mm-radius corner fillets, as well as smoothing off of concrete surfaces.

Other challenges included the time-consuming and intricate detailing to damp-proof courses in the facebrick walls, the laborious and detailed application of the flat membranes on numerous curved walls and the removal of existing fibre-cement roof sheets, which had to be lifted so that torch-on systems could be applied.

Thomas says the project also included many customised details, owing to the design specifications of KVB Associates cofounder Paul Koning. Dalton notes that a.b.e. provided technical input and supervision during the large-scaled waterproofing, while Thomas points to Sky Waterproofing’s assisting in providing peace of mind for the client by its having created an information technology cloud database for the contract to create a backed-up digital copy of the quality assurance documents.

He adds that on-site photographs, data sheets and other important information associated with the contract, were also added to cloud storage. “This did not form part of the contract but was implemented by Sky Waterproofing as an additional service.”

Dalton notes that the second phase – expected to conclude in the final quarter of 2017 – will comprise resealing the waterproofing of additional areas of the aquarium.

This is a smooth aliphatic poly-aspartic coating, which was specified as additional protection to also inhibit algae growth on what is now an exceptionally smooth and glossy tank lining,” says Abendroth.

Both coatings were applied by approved a.b.e applicator, BKV Proline.

VIP Quick Spray coating can, with proper preparation, be applied to concrete, metal, and foam surfaces. It builds a rubber-like elastic skin that will resist not only punctures but also moisture, heat distortion and sagging, as it maintains its flexibility and shape.

Abendroth says BKV Proline's main challenge when applying the VIP coatings at the Two Oceans Aquarium was the proximity of the ocean which, during windy conditions, brought a formidable amount of salt spray onto the tank's floor.