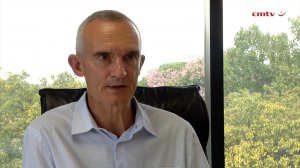 Pulp and paper producer Sappi will shut down its Ngodwana mill, in Mpumalanga, for four weeks in May, to install new equipment that will decrease bottlenecking.

The company will install new machines, and upgrade the wood chipper, fibre line and pulp dryer, says Sappi Southern Africa CEO Alex Thiel. The mill will start pulp production again at the end of May, producing an additional 50 000 t/y, with completion of all the upgrades in August.

The evaporator takes the longest to upgrade, owing to long-lead times from suppliers and tests that need to be done before it can be declared officially operational. The company is also upgrading components at its Saiccor mill, in KwaZulu-Natal, which will increase pulp production by 10 000 t/y from next month.

Thiel points out that the company produces more than 960 000 t/y of dissolving pulp in South Africa and around 240 000 t/y at its US paper mills. However, to satiate the demand from Chinese and other eastern markets, the company predicts that it will have to increase its production by up to another 600 000 t/y by 2023, resulting in compound growth of 8.5% a year in dissolving pulp volumes.

Moreover, Thiel highlights that, while the graphic paper industry has had to deal with some challenges, such as print media moving to digital markets, there is growth in the paper, pulp and board industry because of demand for paper-based packaging. For example, specialised coatings allow paper to have similar barrier properties to plastic packaging while remaining green.

He explains that growth in graphic paper demand has declined by about 1.5% a year over the last decade, whereas the tissue industry is growing at 3.5% a year and the container board at around 2.5% a year.

Further, Sappi is moving away from graphic paper, comprising about 40% of earnings currently to 15% by 2020, while increasing its output of speciality packaging to 25%.

“There is some fine tuning being done where we are transitioning mills in Europe and North America. We are effectively taking out graphics printing and writing capacity and moving to speciality packaging products,” he explains.

In February, Sappi told Engineering News that it was completing a study at its US-based Cloquet mill regarding the expansion of its pulping capacity within its existing permit limits. Sappi’s debottlenecking project at its Saiccor, Ngodwana and Cloquet mills will add 90 000 t by the end of 2019 and produce an additional 200 000 t/y by 2020.

Thiel stresses that, after 2020, there will not be any radical shifts in Sappi, which will continue to grow and focus on strengthening its presence in the packaging and dissolving pulp industries.