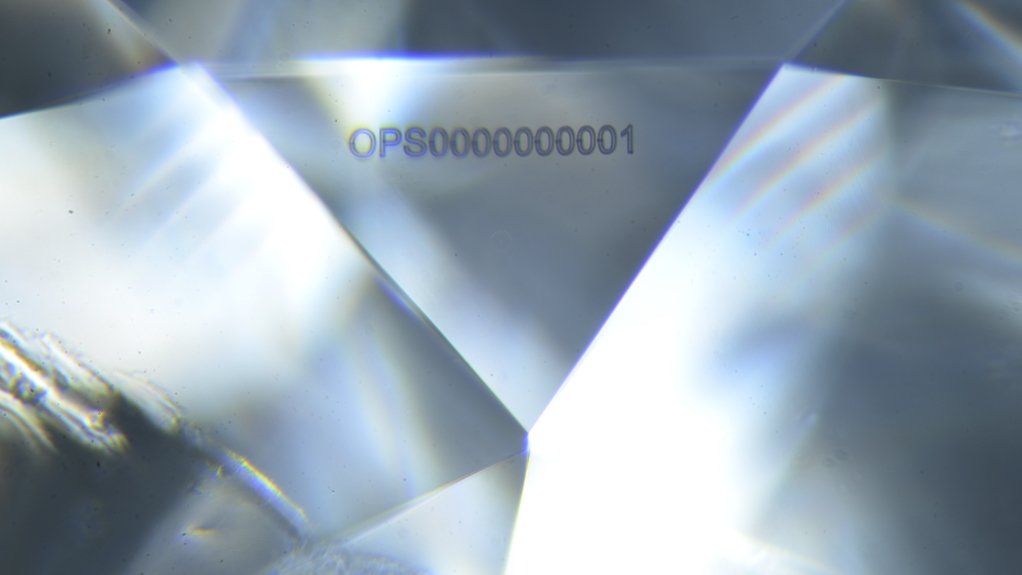 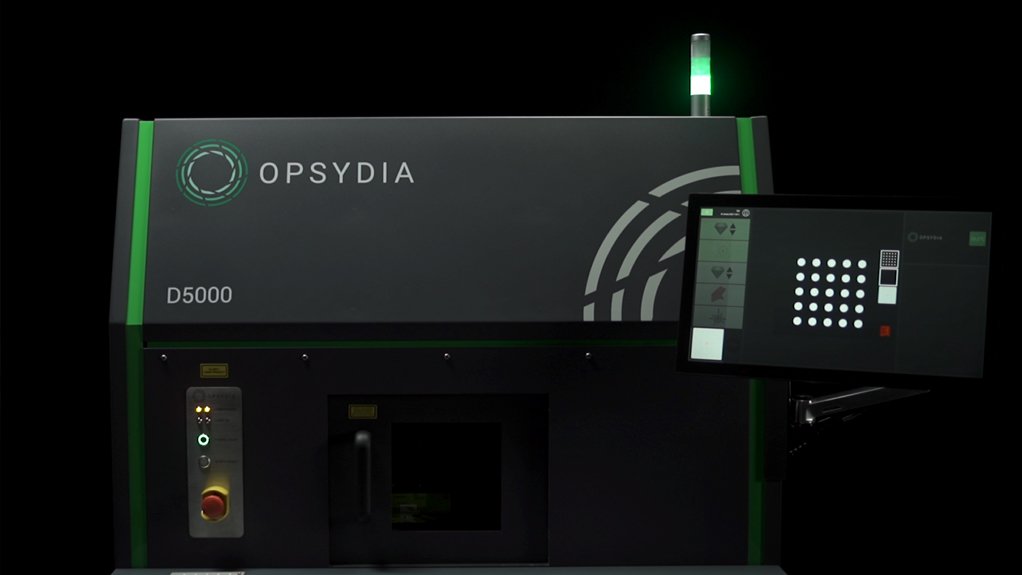 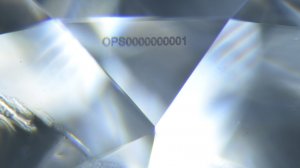 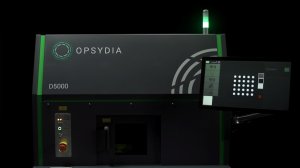 Diamond security specialist Opsydia has honed its subsurface laser technology to create its smallest and faintest identifier to date, meaning even an internally-flawless natural diamond can have a logo, serial number or encrypted code placed beneath its surface without affecting its clarity grade.

These nanoscale identifiers can be placed within a diamond to create a physical link between a specific diamond and its grading report, blockchain record or branded jewellery origins.

The Opsydia system uses a high-precision, ultrafast laser to place logos, alphanumeric sequences or coded shapes (known as identifiers), as small as 1 μ in diameter, at a depth of up to 0.25 mm beneath the surface of a diamond.

The laser is tightly focused only once it passes the surface of a diamond, thereby creating the identifier at a selected depth without affecting the surface condition or polish. It can be used below any part of a diamond’s surface, such as the table or a specific facet.

The identifiers are not detectable with a standard grading microscope and must be read at greater than 100 times magnification or with an Opsydia ID viewer – a device capable of reading identifiers that is currently in the research and development phase.

The negligible impact of a nanoscale identifier on the clarity grade of internally flawless diamonds has been independently verified and confirmed by two grading houses, one of which is the Swiss Gemmological Institute (SSEF).

Opsydia CEO Andrew Rimmer says this is a step forward that makes subsurface laser identifiers more appealing to the natural diamond industry. “This is a vital milestone for Opsydia as it means every diamond, no matter its clarity or size, can be secured with an identity feature beneath its surface.”

He adds that this presents new opportunities for grading houses, diamond manufacturers and luxury diamond jewellery brands that want to achieve the next level of security and anticounterfeiting, while also supporting existing blockchain initiatives.

The Opsydia system can be used by grading houses to place a report number beneath the surface of a diamond, therefore creating a physical link between a specific stone and its report and reducing fraud. Rimmer says this could be offered as a premium service for exceptional stones.

“Elsewhere, for the volume market, placing identifiers in diamonds can aid in transparency initiatives, reduce the risk of counterfeiting and protect against laboratory-grown diamond substitution.”

The Opsydia system (about 1 m wide and standard-doorway accessible) is based on laser technology developed at the University of Oxford. It can place unique identity features in melee stones of just 0.5 mm in diameter and is capable of processing 50 000 to 100 000 stones a year in an industrial environment.

The system also uses encryption techniques to ensure the unique identifiers of one company with an Opsydia system cannot be fraudulently acquired and processed by another Opsydia user.