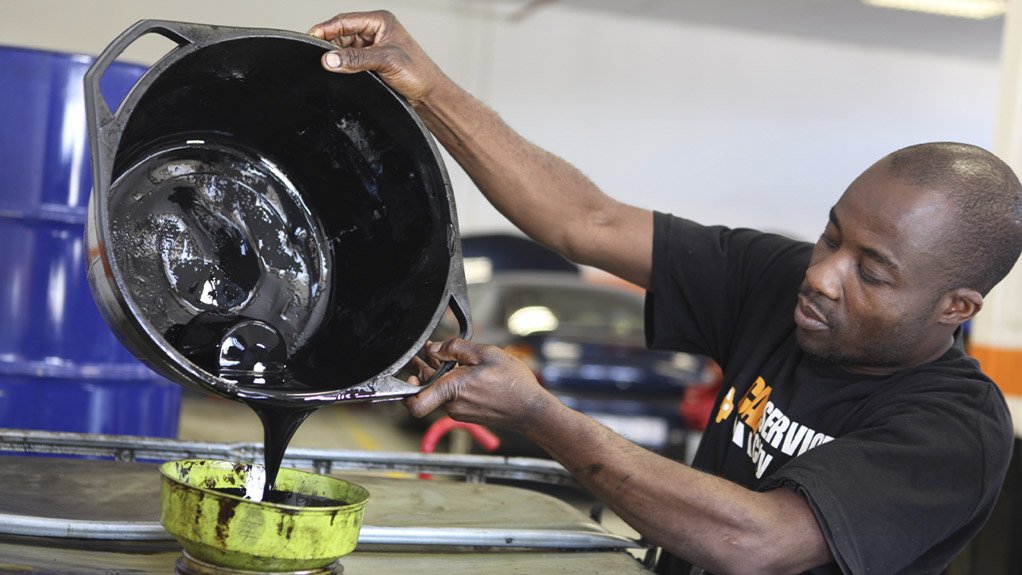 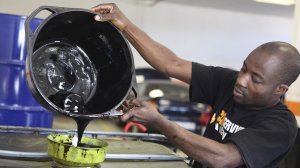 The further farmers are from a town or city, the more likely they are to find it difficult to dispose of used oil responsibly, says nonprofit organisation Recycling Used Oil Saves the Environment Foundation CEO Bubele Nyiba.

Although this is not an excuse, he emphasises that, as farmers live off of the land and water, they would never intentionally do anything to contaminate the environment.

However, as commercial farming relies heavily on technology and mechanisation – which, in turn, relies on using lubricant oils – South Africa’s agriculture sector generates one-twelfth of the country’s used oil a year, and only between 40% and 50% of this used oil is recycled, Nyiba tells Engineering News.

Nationally, between 70% and 80% of used oil is recycled, with South Africa producing 120-million litres of used oil a year.

Nyiba says that, in general, the country’s outlying areas have a low recycling rate, compared with that of its cities, which produce more waste, but also have more collection points.

Many local farming communities unfortunately repurpose used oil through traditional practices, which have been carried out for generations and are often not environment friendly and sustainable.

“Common practices, such as applying used oil as a wood preservative, dust suppressant or livestock dip, results in this carcinogenic lubricant seeping into the ground, contaminating the soil and, eventually, the water table, rivers and dams, only to be reused as irrigation or drinking water.

“We are aiming to influence the old narratives of oil disposal and encourage the use of new and more environmentally responsible ways by communicating with farmers through relevant platforms,” states Nyiba.

He highlights that even though farmers may be in the outlying areas, they do travel at least once a week to the nearest town, where automotive workshops have receptacles for oil storage.

“These workshops will easily receive the oil generated by a farm for safe disposal. We have collectors that travel and collect oil in various small towns throughout the country and are prepared to place larger collection tanks in towns if we receive requests.”

If found guilty of contravening Section 26 (1) (a) of the National Environmental Management: Waste Act, No 59 of 2008, farmers can be fined heavily or receive a jail sentence.

“Recycling used oil enables us to continue to enjoy what many of us take for granted every day – clean, potable water,” concludes Nyiba.