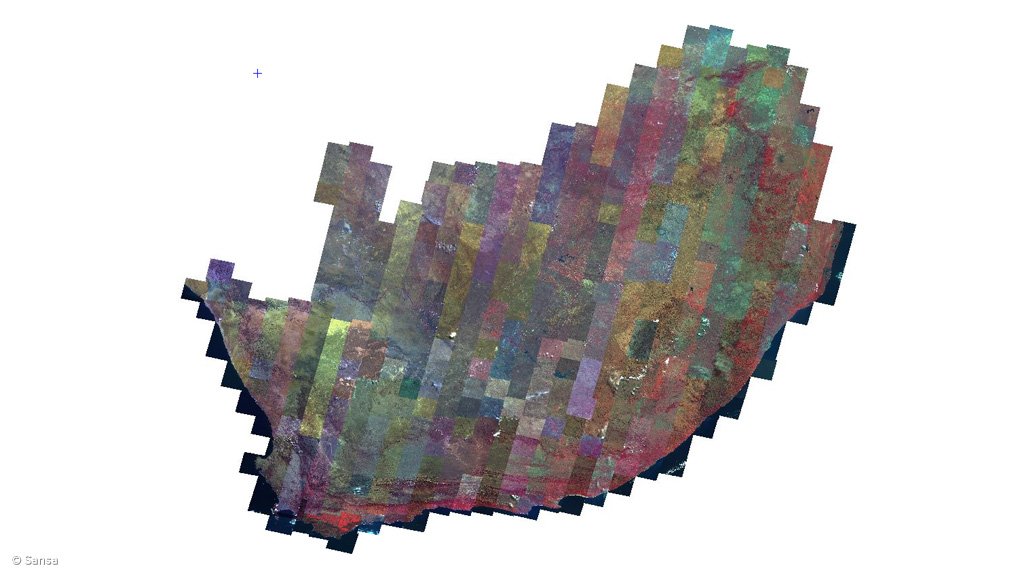 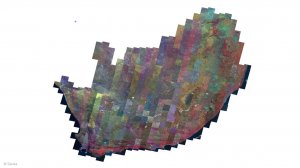 Photo by Sansa
The 2012 Spot 5 mosaic of South Africa

The South African National Space Agency (Sansa) officially unveiled the “Spot 5 National Mosaic 2012” on Wednesday. This is a mosaic which covers the entire country and is composed of images taken by the French Spot 5 Earth observation satellite last year. The 2012 edition is the seventh such mosaic of the country compiled from Spot imagery.

“We want .... to ensure that we acquire the data we require as a country,” said Sansa CEO Dr Sandile Malinga. “They say a picture is worth a thousand words – a satellite image has a wealth of information and is worth a million words.”

“The Spot mosaic represents a commitment that Sansa has made, to provide quality data and services to a variety of users,” explained Sansa Earth observation stakeholder and new business development manager Imraan Saloojee. “It is used for decision-making as well as [being] used to bring benefits to society.”

“The economic value of this mosaic, this satellite data, is in its utility,” stated Department of Science and Technology space science and technology chief director Humbulani Mudau. “If this data is not utilised, for making informed public decisions, we will have missed a chance. Data of itself is of little value, unless it is used.”

It takes almost exactly a full year to acquire all the images required to provide total coverage of the country. The first image for the current mosaic  was taken on January 3, 2012, and the last on December 23. Each ‘tile’ in the mosaic covers an area of 60 km by 60 km.