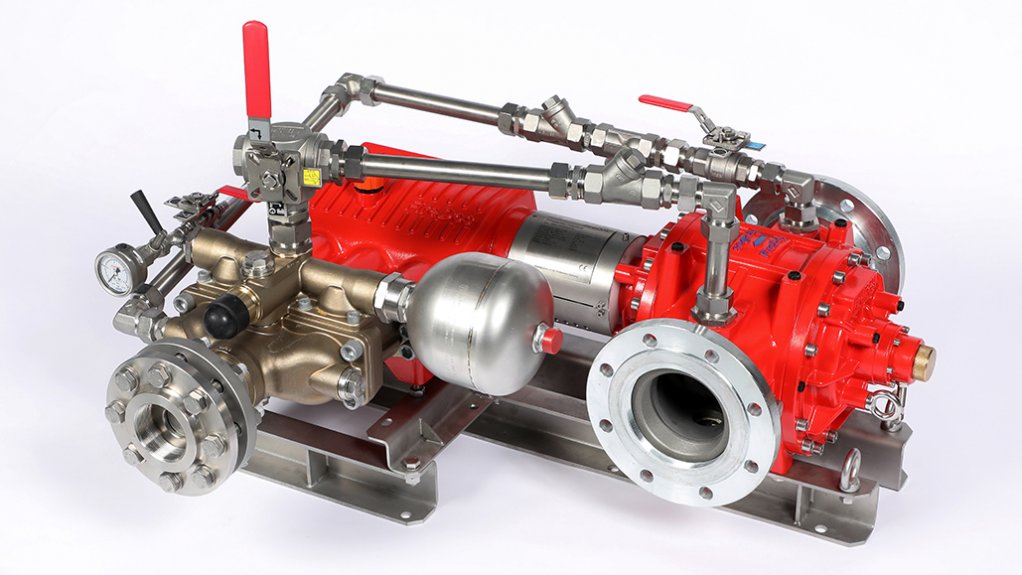 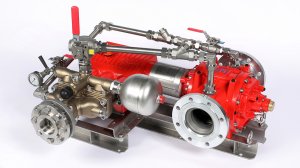 A NEW GENERATION The Gen III foam proportioner can handle all types of foam agents, even highly viscous, alcohol-resistant and fluorine-free foam agents

Fire-suppression systems developer FireDos launched the third generation (Gen III) of its foam proportioner for fire extinguishing systems globally at the end of last year. The technology has since been made available in South Africa through local partner and distributor DoseTech.

The Gen III foam proportioner is aimed at reducing operating costs and enhancing the performance of fire-suppression systems. It represents the latest technology in hydraulically driven foam proportioner and is purported to be sturdier, safer and more functional than previous generations.

Typical fields of application for the Gen III foam proportioner include oil and gas, industries such as logistics and chemicals, as well as the automotive, aviation and marine sectors. Highly viscous foam agents are also increasingly being used for firefighting in waste incineration and sorting plants.

The Gen III foam proportioner can handle all types of foam agents, even highly viscous, alcohol-resistant and fluorine-free foam agents. In addition, the proportioner allows for the cost-saving and environment-friendly testing of the proportioning rate, during which no foam is produced. This means that no foam agent is used in the testing and no premix has to be disposed of.

Feldon says advancements in foam chemistry over the past two decades have led to significant development in the proportioning systems that deliver the foam agent.

He says that, over the past decade, there has been a growing global trend in firefighting foams to steer away from fluorine-based chemistries in favour of chemistries that are less harmful to the environment.

Feldon notes that the adoption of these newer chemistries is still somewhat new for South Africa: “There is some resistance to change in the local petrochemicals industry because the risks involved are so large and the proper testing of new technology is complicated, given the large scale.”

However, he notes that there is significant pressure on the industry to adopt a more environment-friendly chemistry.

When considering new foam chemistries, Feldon notes that successful firefighting depends, to a great extent, on the correct proportioning and handling of foam agents in fire extinguishing systems.

"The viscosity of foam agents is important to note because it has a major influence when selecting the proportioning system," FireDos sales manager Ingo Weiss explains.

Weiss says the pressure loss for highly viscous foams means that many proportioning technologies that are based on pressure ratios have to be ruled out.

“Off-the-shelf barrel pumps do not qualify, as too much air would be trapped during foam delivery. The high viscosity would prevent this air from escaping, making the foam agent useless,” Weiss says.

Other parameters, such as net positive suction head value, volumetric efficiency and flow velocity, must also be observed.

The vacuum-tight suction line should be constructed as short and as straight as possible. Nonsteady piping layouts and blind lines should be avoided.

It should be ensured that the foam-agent tank connection and all fittings in the pipework are the same size as the suction line.

“Highly viscous foam agents can be applied efficiently only if the proper proportioning technology, such as the Gen III foam proportioner, is used,” Weiss concludes.