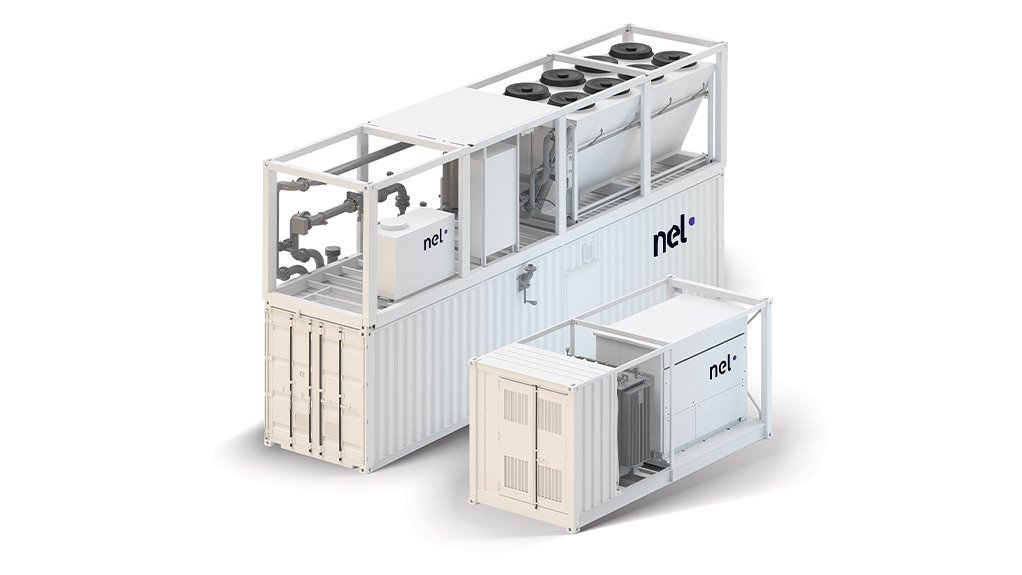 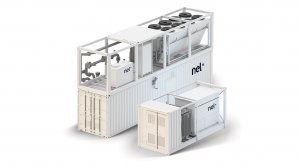 “Nel Hydrogen is pleased to expand its product offering with an additional two world-class hydrogen generators and we are already noting significant interest for these solutions in the market,” enthuses Nel Hydrogen electrolyser division senior VP Filip Smeets.

Schmid explains that hydrogen can be stored to align the supply of renewable-energy mismatch and demand, and then be used in a fuel cell to produce electricity where needed while not discharging any carbon emissions, only water vapour.

Additionally, producing hydrogen that can easily be converted into electricity during times of power shortages contributes to eliminating high electricity costs and more polluting peaking power from fossil energy such as simple cycle gas turbines and engines.

Smeets notes that the containerised MC250 and MC500 will be delivered as standard 1.25 MW and 2.5 MW configurations respectively.

The new generators are integrating Nel Hydrogen’s newly developed 1.25 MW PEM cell stack, allowing for higher capacities and lower cost, than previous smaller cell stacks, for each unit. The platform allows for multiple units to be integrated easily on location, which was a key consideration during the development of the project.

“We are paying close attention to the market and our customers’ needs. With the containerised M Series PEM electrolysers, we are offering the same robustness and reliability as our conventional M Series units, allowing for faster and more flexible installation," Smeets concludes.