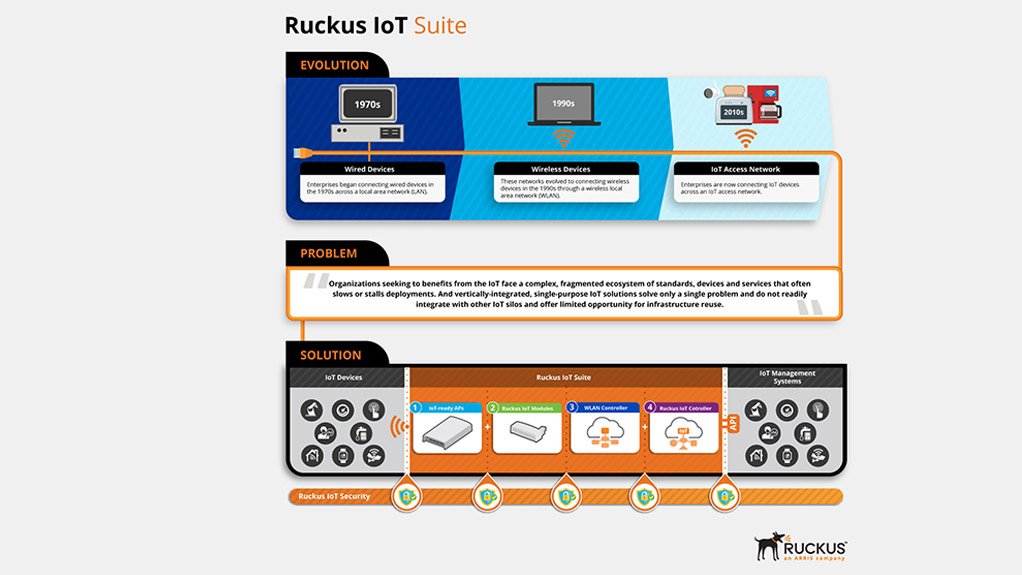 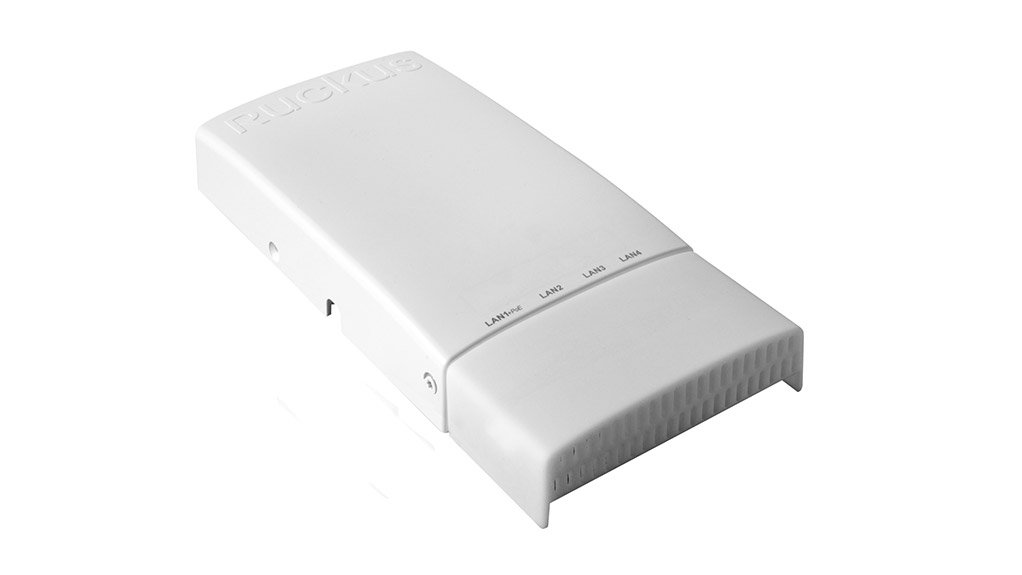 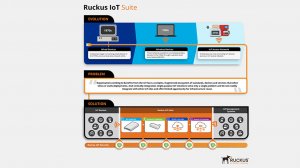 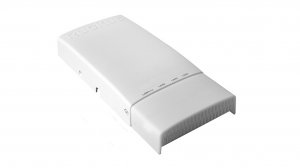 Launched on February 21, the company states that the Ruckus IoT suit enables organisations to readily construct a secure IoT access network that consolidates multiple physical layer IoT networks into a single net- work. It further speeds up return on investment (ROI) time periods and reduces deployment cost by allowing for the use of common infrastructure between the wireless local area network (WLAN) and the IoT access network. According to market research firm International Data Corporation (IDC), IoT edge infrastructure is emerging as a key growth domain and an enterprise priority to support the burgeoning IoT applications space. Within the IoT edge infrastructure market – expected to reach nearly $3.4-billion by 2021 – network equipment is the fastest growing segment, with compound annual growth in excess of 30%, driven by the need for application continuity and high performance coupled with reliable and secure connectivity. “Secure IoT network deployments in the enterprise have not yet taken off due to a fragmented market with point solutions serving one-off applications or use cases,” says IDC VP Rohit Mehra.

He notes that a multistandard IoT access network that leverages existing hardware, software and security capabilities at the edge is a must for most organisations to deploy IoT. The Ruckus IoT Suite addresses these specifics and is a good first step to enabling broader multimode IoT network rollouts. “Organisations are looking to the IoT to help improve operational efficiencies, increase revenue and enhance the customer experience, but their ability to do so is constrained by today’s siloed IoT networks,” states Ruckus Networks president Dan Rabinovitsj.

He points out that Ruckus is addressing the market by providing the critical ‘glue’ between the world of sensors, cameras and things with the world of Big Data and analytics. “Not only have we addressed the fragmentation at the physical layer, we have created an open application programming interface to both public and private clouds which permits easy and secure integration with a variety of partners.” Building a Consolidated IoT Access Network

Ruckus states that an IoT access network must consolidate multiple access technologies while delivering the provisioning, management and security capabilities found in modern Internet Protocol (IP) based networks. Such a network must facilitate inter-endpoint communication and provide integration with analytics software and services.

The Ruckus SmartZone Controller is a WLAN controller that provides a single management interface for both the WLAN and the IoT access network. It is a virtual controller, deployed in tandem with a Ruckus SmartZone operating systems based controller, that performs connectivity, device and security management functions for non-WiFi devices, facilitates endpoint coordination, and provides application programming interface for northbound integration with analytics software and IoT cloud services.

Ruckus states that security concerns top the list of factors that contribute to IoT solution deployment delays. However, they feel the Ruckus IoT Suite addresses such concerns through a multilayered approach, including digital certificates, traffic isolation, physical security and encryption. Enabling the IoT Solution Ecosystem

He notes that users can now capture data from various edge devices, running on the Ruckus IoT network. Data can then be analysed at the edge using IBM Watson’s IoT Edge Analytics, which is integrated with the Ruckus IoT Suite and in the cloud.

Ruckus IoT Suite will be available in the market in the second quarter of 2018.