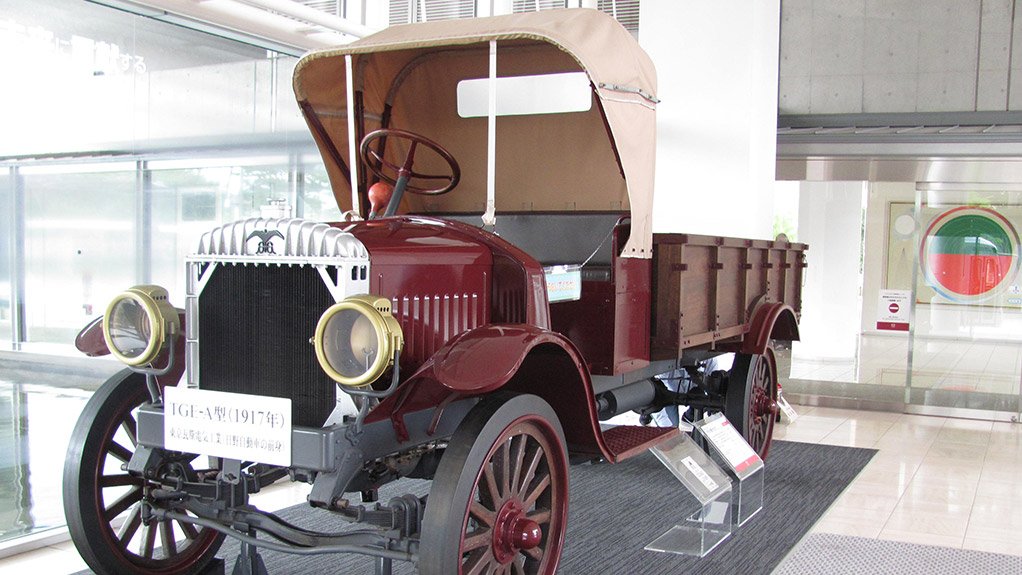 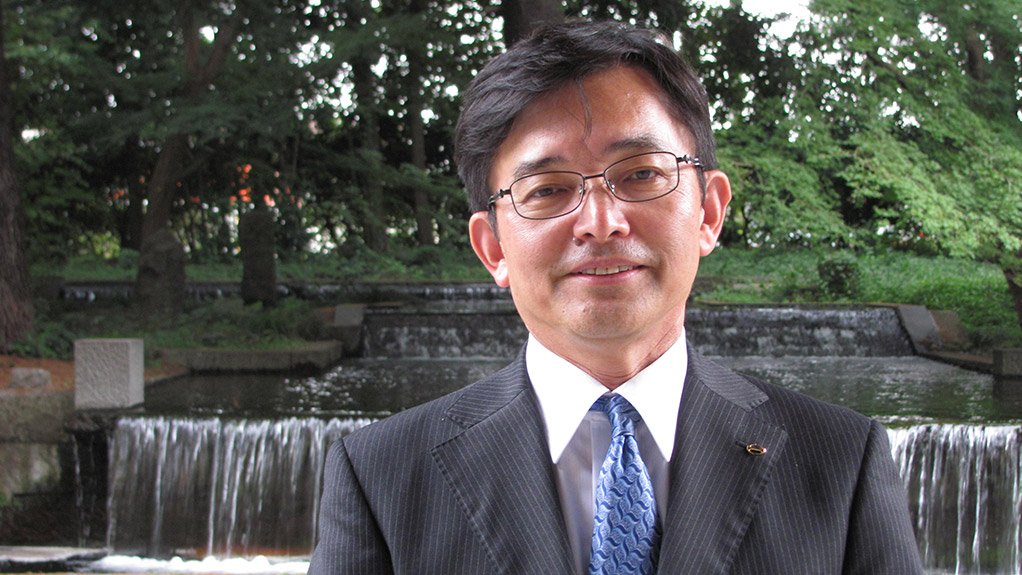 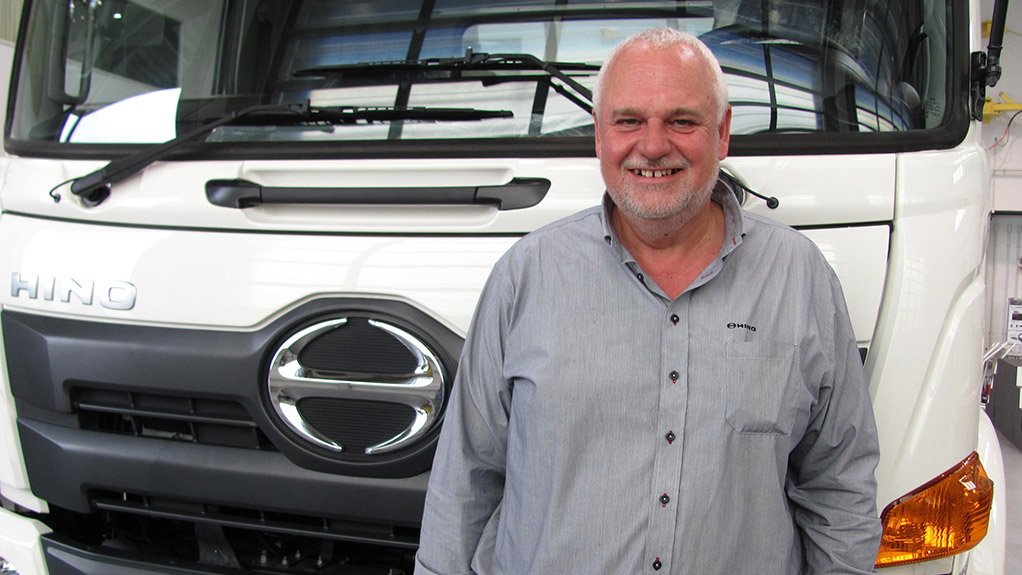 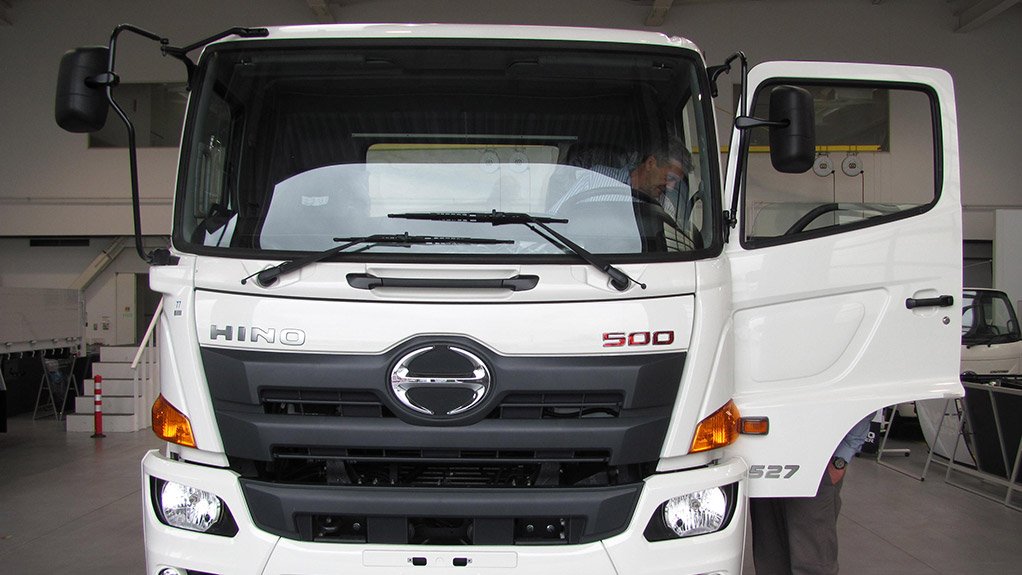 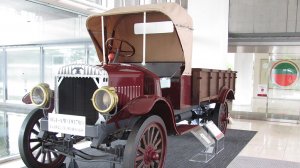 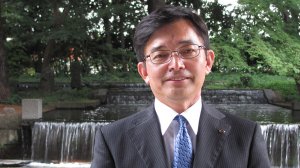 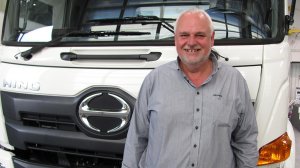 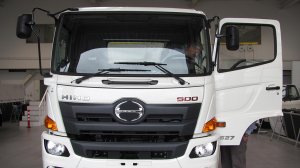 Hino is a Toyota group company.

The new 500 heavy-commercial vehicle will be the first new 500 truck range in South Africa in 15 years.

It will offer three major improvements over the current range, says Long, namely in terms of safety, load ability and engine performance, and driver comfort.

Yasuda says it is Hino’s ambition to increase sales outside Japan in 2017, which should be possible considering the current state of the global economy.

Part of the Japanese company’s strategy to grow its global footprint is to expand its business in Africa, where “it does not have so much of a history”, adds Yasuda.

The company wants to use its South African base to penetrate the Southern African market, with trucks sold in this market to be supplied from the Durban plant.

Central Africa and countries such as Kenya are growing in importance for Hino, notes Yasuda. In North Africa, political instability has dampened prospects for growth.

The South African market will, however, remain Hino’s main focus in the next three to five years, despite currency and economic volatility, as well as intense competition, with all Japanese brands represented in the domestic market.

“We do not change our operations based on these short-term factors,” says Yasuda. “The exchange rate has impacted our business, but not changed our direction.”

Even a delay in implementing new, cleaner fuel standards in South Africa does not influence Hino’s planned trajectory for the market, he adds.

Five years ago, Hino South Africa requested the new 500 Series to be made available in Euro 5 engine specification to the local market. However, a delay in clean fuel legislation forced the company to renegotiate these specifications back to Euro 3 standards.

Hino will offer the best-fit emission model for any country – high or low, says Yasuda.

“Many countries need less expensive trucks for daily life. Euro 5 and 6 come at a higher price, so we need to balance the higher cost of technology with the needs of the country.”

“Without success in South Africa, our strategy in Africa will not work,” he adds.

The introduction of the new 500 Series is crucial to Hino’s aim to be the number one truck brand in South Africa post 2020, notes Long.

Hino is currently in third place in terms of market share in the South African truck market.

Cost Pressures
Cost pressures are starting to mount for the world’s traditional truck brands as emerging Chinese and Indian brands continue their onslaught on the global market, with price point still the major competitive advantage on offer.

While Yasuda believes that Chinese and Indian brands do not “compete directly” with Hino, “it is true” that Hino will face direct competition from these brands in future.

To counter this, Hino will have to offer “higher technology”, while, at the same time, cutting costs as “much as possible”.

One way to reduce costs would be to source truck parts from India and China, but at Hino quality standards, says Yasuda.

Hino has a number of factories abroad, including in China, Indonesia and Thailand.

“So, maybe we use these overseas factories more,” says Yasuda. “But there is no plan to do so yet.”

Every Hino assembled in South Africa is built from knockdown kits supplied from Japan.

No Increase in SA Parts
Yasuda believes South African component makers are unable to supply most parts on a competitive basis against Japanese manufacturers.

The volume of truck sales in South Africa is also too low to create economies of scale.
“While we do assemble [trucks] in South Africa, it will not be easy to increase the local content substantially, no,” notes Yasuda.

The New 500
Driving in the new 500 truck around the test drive course at the Hino Customer Technical Centre at the Hino Hamura plant, in Japan, the instructor notes that the biggest improvement on the new 500, from his perspective, is the jump in driver comfort.

He says market research on the old 500 has set up a raft of targets for the new model, including an increase in driver comfort.

Truck drivers also drive passenger cars, explains Tamazawa. They have become used to the improved comfort and fuel consumption seen in passenger cars in recent years, and wish to see the same improvement in the trucks they drive.

“They have new expectations regarding fuel and comfort in the trucks they drive.”

Tamazawa says the new 500 will offer more variations, a new cabin design and a new platform for body mounting.

The 6 x 4 will offer a new engine not seen in South Africa before.

FG and FL models will be available in two automatic versions each, with no automatic transmission on the FM.

New Plant
The new Hino 500 will be supplied to South Africa, in kit form, from Hino’s new Koga plant, 121 km north of Tokyo.

The old Hino plant has almost closed down. The factory’s shuttering was prompted by residential areas encroaching upon the operation, making it difficult to extend operation hours beyond daily office hours.

The move has prompted the large-scale relocation of workers from Hino to the more rural surroundings of the Koga plant.

Around 85% of production from this new extra-heavy and heavy commercial vehicle (EHCV, HCV) mother plant is destined for the Japanese market, and 15% for markets abroad, says Koga plant managing officer Masahiro Aso.

The plant supplies knockdown kits to 22 countries around the world.

The merged heavy and extra-heavy assembly line does one-piece-at-a-time production, instead of batch production. This allows the plant to only produce trucks that will be sold.

Cab welding and painting processes at the Koga plant are 95% automated.

In order to reduce energy use and cost, air-conditioning at the plant has been limited to worker height. The plant also captures rainwater and makes ample use of natural light.