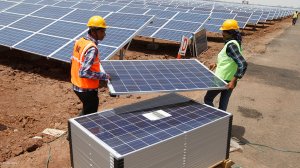 Through its new proposal writer, system designers can quickly and efficiently produce professional reports that illustrate cost savings from distributed renewable-energy projects, as well as technical features of the system simulated.

Compiled from the data in a Homer Pro modelling run, the proposals facilitate communication between multiple stakeholders in a distributed energy project including clients, engineers, construction professionals, financiers, regulators among others.

For example, users can graphically view the relative contributions of solar and battery storage in a hybrid system. They can identify when backup generation might be required and compare different dispatch algorithms or visualise system performance during different seasons.

The Homer Pro proposal writer can be customised to produce reports branded with the user logo and profile and allows users the ability to include their choice of graphs and charts output from Homer Pro software.

“With Homer Pro’s new proposal writer feature, it is much easier for our customers to demonstrate the value of a distributed renewable-energy system to their customers.”

Additionally, Homer Pro compares all potential system combinations in a single run, generating a tremendous amount of information about an energy project, he says.

The proposal writer consolidates that information and puts it into an attractive, readable format that highlights key points, such as lifetime cash flows and key technical details of the system.

“Essentially, it helps make the results of an energy simulation understandable to everyone.”

Lilienthal notes that Homer Pro has set the standard for modelling energy systems in the global marketplace for over a decade.

He adds that the software can design complex hybrid energy systems and microgrids that include solar, wind, batteries, generators, combined heat and power, hydro, biomass and other resources. By simulating operations for potentially hundreds of systems over a period of a year, this software identifies least-cost options.

“Using this tool, project developers can help reduce financial risk through the discovery of important technical issues revealed during the software’s thorough pre-feasibility analysis and identification of the most economically optimal systems.”

Lilienthal concludes that Homer Pro software is integrated with Helioscope and photovoltaic (PV) system. This allows the users to import files from those PV design programs directly into other applications of Homer Energy by UL for further analysis.

The software is also integrated with Utility application programming interface when working with a participating utility which allows users to import high-resolution load data into Homer Pro and design more accurate distributed energy systems to meet those loads.