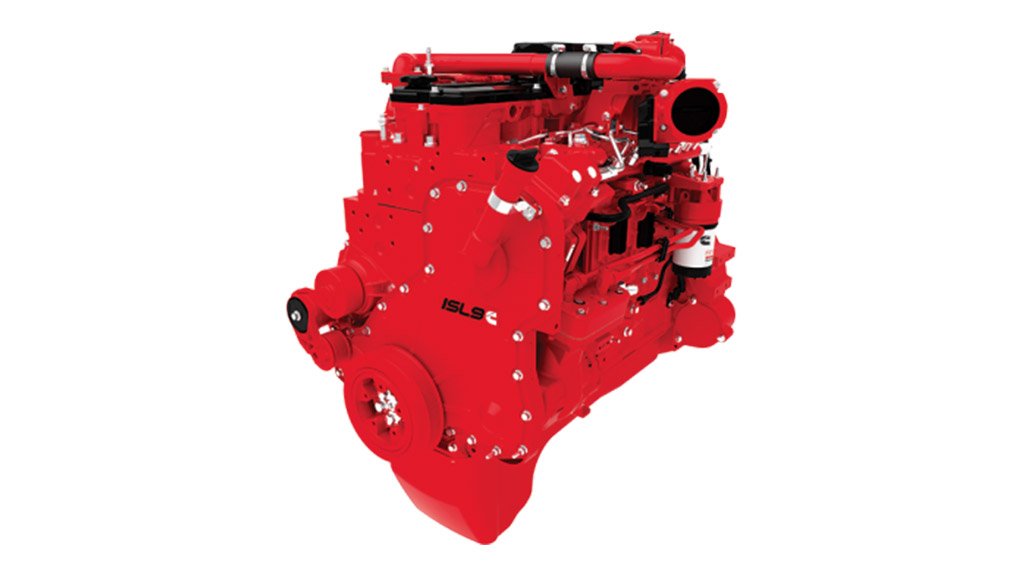 Automotive engine manufacturer Cummins has added its ISL9 Euro 6-rated diesel engine to its offering, which is suited for buses and light to medium duty vehicles.

With more than 2 000 units sold globally since its launch in September last year, the engine is lighter on fuel consumption and has a lower dry weight, subsequently increasing the vehicle’s output, and decreasing its environmental footprint through lower emissions.

The engine uses the ultra-low emissions technology of cooled exhaust gas recirculation (EGR), which includes a common rail fuel system that works at a high pressure to allow for a more controlled and precise combustion process.

The engine also has variable geometry turbocharging to achieve its Euro 6 requirement of less than 0.4g/kWh nitrogen oxide emissions and 0.01g/kWh particulate matter emissions. The turbocharging has been optimised for high and low torque capabilities, which improves drivability, and a new nanotechnology fuel filtration system removes up to 98.7% of particles in the fuel as small as four μm.

The engine also has an inline after-treatment system that is configured for compact installation and packaged ready for manufacturers to fit directly to the chassis. The Cummins particulate filter with selective catalytic reduction to meet the ultra-low levels required by the Euro 6 standard is controlled by the engine’s control module.

The electronic control module on the ISL9 Euro 6 has a higher processing capacity than the ISL9 Euro 5, which has been redesigned to be isolated from detrimental thermal and loading vibration for extreme reliability and durability. The Cummins ISL9 Euro 6 has a higher power output of between 370 hp in buses and 400 hp in coach applications, which is the highest power-to-weight ratio in its class, with added responsiveness of up to 1 700 Nm.

“South Africa has not yet taken up the Euro 6 status but some of the government tenders are starting to conform to the Euro 5 emissions rating,” says Cummins automotive and electrification leader Rashi Gupta.

Once the legislation has changed, and the emissions output requirements need to be met, she notes that Cummins will be on hand to deliver its Cummins ISL9 Euro 6 to the South African market.