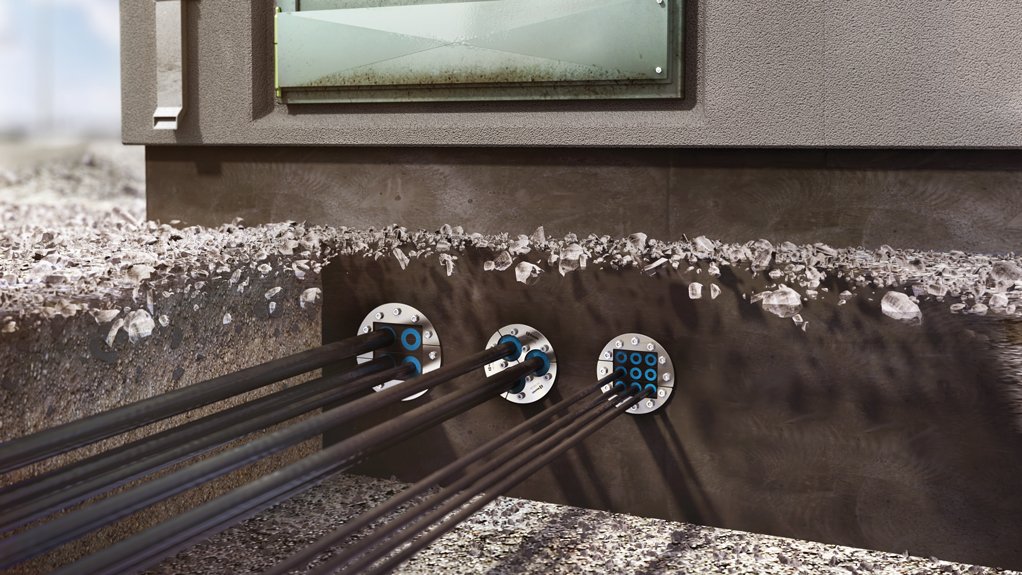 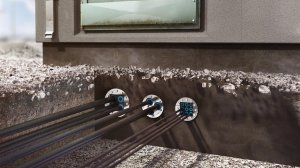 “The modular-based multi- cable entry seals are designed to resist constant and catastrophic water pressure. They can be used to prevent flooding and humidity from damaging equipment in a wide range of applications in the power industry,” Roxtec product manager Derek Colyn tells Engineering News.

He explains that Roxtec developed the UG range of seals to fill a gap in the market for a seal that could seal against constant water pressure. Made from an ethylene, propylene diene monomer rubber, which is a softer and more elasticised compound than the standard Roxtec modules, the UG seal has been tested and is certified to prevent water from penetrating through the seal, Colyn notes.

Further, Colyn highlights that, as the Roxtec UG seals are modular, customers can open and reuse the seal.

Other features of the seals include stainless steel fittings to avoid corrosion and rusting and Roxtec’s Multidiameter technology, which the company invented to enable adjustment to cables and pipes of different sizes. “The solution is based on sealing modules with removable rubber layers, which allows for a perfect seal regardless of the outside dimension of the cable or pipe,” Colyn says.

Although the cable entry seals were only launched globally in April, Roxtec expects a positive response from the South African power and water treatment industries, as they often have to deal with water leaking into equipment rooms and substations, owing to heavy rains and the groundwater table rising, Colyn points out. In addition, moisture is often a cause of switchgear failure, he says.

“Eliminating water from substations by using these seals is an inexpensive way of stopping unnecessary power cuts and outages,” Colyn adds.