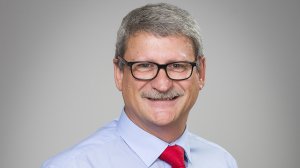 Waste management and plastics recycling are significant challenges in South Africa and recent amendments to Section 18 of the National Environmental Management and Waste Act (Nemwa) regulations call for producer responsibility organisations (PROs) to cooperate with municipalities to increase the recovery and recycling of identified products.

The current practice is that municipalities collect waste and landfill it, but Plastics South Africa (SA) executive director Anton Hanekom says that, considering that about 34% of the country does not have waste management services whatsoever, the responsibility to recycle and reduce waste falls onto the shoulders of municipalities.

With PROs not intended to do this work on behalf of municipalities, the amendments to the Nemwa regulations – published earlier this month – give PROs two years to compile feasibility studies for the use of new and existing infrastructure, and an additional three years thereafter for the implementation thereof.

“PROs are in the process of developing their plans based on the current context with regard to the number of members and products they will be working with,” comments Hanekom, who notes that this is something that “will grow and expand” as more producers become members of the PROs.

This implies that timeframes are in place, but that it will take “the normal run of business” before results and the impact of these plans are fully realised.

Section 18 of the Nemwa refers to the extended producer responsibility aspect of the Nemwa and replaces the Section 28 industry waste management plans, which the Department of Forestry, Fisheries and the Environment (DFFE) called for industry to submit in 2017.

However, Hanekom explains that the big challenge with the Section 28 regulations was that it was a government-managed model and that the industry was pushing for an industry-managed model “for obvious reasons”.

The Section 18 amendments, published on May 5, allow for the industry-managed model to be implemented, meaning that the obliged plastics industry, or extended producer responsibilities (EPRs), “will now be able to determine, raise, manage and pay fees themselves and not work through somebody else”.

In essence, Hanekom explains, it is “no longer good enough” to put the product on the market and expect somebody to collect and recycle it.

“The whole value chain is now getting involved in the process and, if you think about designing a new product, you need to think throughout the value chain and the lifecycle of that specific product and already start thinking about the end-of-life solution,” he elaborates, noting that the amendments integrate the entire value chain in taking care of products, even after they have been placed on the market.

Producer’s responsibility, meanwhile, falls to any person, category of persons or brand owners that are manufacturing, converting, refurbishing or even importing new and used products, the identified products as per the Government Gazette.

“The scheme really, therefore, makes it mandatory for the producer of these identified products to become part of the PROs, to both belong to one and to contribute financially,” says Hanekom.

Producers have the opportunity to establish their own EPR scheme, especially considering that it will be mandatory for all producers to belong to an EPR scheme.

Industry, meanwhile, has welcomed the amendments to the Section 18 EPR regulations, which they say build on more than 15 years of voluntary PROs that were operational within the plastics industry.

In terms of EPR schemes, paper, packaging and plastics are not the only products with available schemes, with similar amendments for the lighting and electrical sector, for example, having been published in May.

With the regulations published, existing PROs and the EPRs will need to register with the DFFE.

“Plastics SA is encouraging producers not to wait until November before they start joining the relevant PROs or decide to form their own, independent scheme. Producers really need to get involved now and start contributing in order to be a part of future plans that will be developed, so that they can know what will happen with their products going forward.”

With a lot of expectations dependent on the legislation’s implementation, and the ability of the PROs to deliver on the return scheme, Hanekom warns that “one needs to remember that this is a work in progress, and we are just starting off”.

Changes are expected throughout the process, he adds, reiterating that the impact of the amendments will only be clear in the medium term.

In terms of the circular economy, Hanekom believes the EPR scheme will advance circular economy prospects in South Africa, but he avers that the focus should remain on the value of the product, or the waste, at the end of the day and to ensure that that value is not being lost.

Collecting, reusing and recycling the involved plastic products will provide an integrated approach throughout the value chain, creating an opportunity for new end-markets and technologies to be developed.

“There is a big drive to increase recycled content in products, and more research and development needs to be done, so that when decisions are made, they are evidence-based,” Hanekom adds, encouraging producers to “rethink and redesign products”.