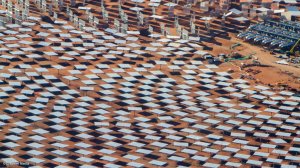 With electricity demand in the Southern African Development Community (SADC) region increasing, Stellenbosch University Faculty of Engineering’s Centre for Renewable and Sustainable Energy Studies senior researcher Karin Kritzinger believes solar water heaters can be one of the major technologies used to reduce the demand for electricity.

“The average cost of electricity is increasing by more than 10% a year in the SADC, adding a major burden not only to the energy bills of households and social institutions but also small and medium-sized enterprises (SMEs).”

Therefore, since a considerable share of electricity throughout the SADC is used for converting electricity into low-temperature heat, such as hot water for domestic use and use in the food and beverage industry, solar water heaters can reduce electricity demand and energy costs for households, social institutions, small tourism facilities and other SMEs significantly, she notes.

To support the switch from fossil fuel-based economies to energy systems based on renewable energies, such as solar power, she points out that more than 2 380 people from different countries have been trained by the Southern African Solar Thermal Training & Demonstration Initiative (Soltrain) in 87 training courses from 2009 to 2017.

Soltrain is a regional initiative on capacity building and demonstration of solar thermal systems in the SADC region, which is being funded by the Austrian Development Agency and the Organization of the Petroleum Exporting Countries Fund for International Development (OFID). Kritzinger says the Soltrain project has received €3-million in funding since 2009.

“As a result of Soltrain training, 210 solar thermal systems ranging from a 2 m2 to 125 m2 collector area per system have been installed during the three phases of Soltrain,” she points out.

Based on the implementation of solar plants in Southern Africa, Kritzinger highlights that the demonstration systems installed in the first two phases of Soltrain alone resulted in electricity savings of 1.6-million kilowatt hours a year. This also reduced carbon emissions by 513 t.

Kritzinger explains that Soltrain helps countries to reach Goal 7 of the Sustainable Development Goals, which pertains to affordable and clean energy as set out by the United Nations (UN). Goal 7 states that a global economy depending on fossil fuels and increasing greenhouse-gas emissions is causing drastic changes within the global climate system.

“The document also states that ensuring universal access to affordable electricity by 2030 means investing in clean energy sources such as solar, wind and thermal. Expanding infrastructure and upgrading technologies to provide clean energy sources in all developing countries is a crucial goal that can encourage growth and help the environment,” she highlights.

Further, Kritzinger explains that Soltrain is upgrading and adjusting solar thermal technologies to meet energy needs in SADC countries. It is also providing clean energy directly with the demonstration systems and indirectly through more systems that are going to be installed with the roll-out programmes of partner countries.

Meanwhile, she adds that, in each of the SADC countries where there are solar energy programmes being run by Soltrain, a centre of competence has been established. In South Africa, the centre is located at Stellenbosch University, in the Western Cape, which was one of the first project partners in the SADC region.

“Soltrain has assisted the university in multiple ways. Many postgraduate students have attended the Soltrain courses over the years to gain a deeper understanding of solar thermal systems; Soltrain also assisted in setting up a solar-roof testing facility on the roof of one of the engineering buildings,” Kritzinger points out.

She highlights that students can use the test facility for research projects and manufacturers can have new technologies tested. Soltrain has also assisted in installing measuring devices in many solar thermal demonstration projects.

Further, while there are no concrete figures, Soltrain has also increased job opportunities in the SADC countries, Kritzinger concludes.