NDT at height can start immediately after shutdown

NDT at height can start immediately after shutdown 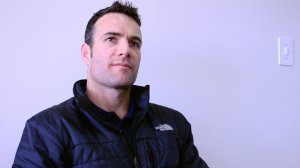 Industrial rope access specialist Skyriders Access Specialists (Skyriders) can reach high places as soon as ropes have been rigged, after which nondestructive testing (NDT) can be done.

While traditional means of NDT require several days after shutdown to set up for the tests, Skyriders can start NDT almost immediately after shutdown.

“After a factory, refinery, power station or petrochemicals plant has shut down for NDT, companies would use the time to set up traditional means of access and other large structures that allow for access to high or difficult-to-reach locations,” Zinn explains.

Zinn explains that the short duration inspection is done on parts that were identified during previous inspections. A team from Skyriders was tasked with handling the inspection work for 12 hours a day during the four-day, power plant shutdown.

The Skyriders teams can conduct different types of NDT at power plants and other buildings such as storage silos, factories, automotive factories and larger structures.

Performing ultrasonic thickness (UT) wall thickness testing by measuring the thickness of steel using a calibrated machine and a couplant, the company can accurately measure how thick certain steel components are, Zinn says.

“We want to check what wear and tear has been happening on the steel, and one of the easiest ways to do that is to check if there has been material loss. “If the installed material was 5 mm and now it’s 4 mm, this means that it has lost 1 mm of thickness and we will note a problem and address it as necessary,” Zinn explains.

He points out that visual inspection on welded parts is another means of testing. The Skyriders teams are also trained welding inspectors; therefore, the rope teams can also identify other defects common in large industries.

For more precise testing, dye pens are used to inspect cracks in structures, Zinn says, adding that this requires preparation on the parts being tested. “We clean the steel, then spray on a special chemical and a developer chemical on top of that. “Once the chemicals are ready, we do a light inspection and if there are any cracks, the chemicals make these cracks appear more easily under the light.”

One of the most complicated testing methods that Skyriders uses is the magnetic particle inspection, which requires the same amount of preparation as the dye pens and, once the parts in question are cleaned, a special spray containing magnetic shavings is applied, Zinn explains.

By applying a magnet to the material being tested, the magnetic particles align in the cracks, which is “how you identify the cracks”, he states.

Zinn stresses that each technique is effective, but that they depend heavily on what is being inspected. UT wall thickness and visual inspections can identify most problems, he adds.

The time required to do a complete NDT inspection of a factory, boiler, petrochemicals plant or refinery depends on the scope of work that needs to be done, he says.

“If the cost of access is disproportionate to the scope of work, it should be re-examined. “To build a structure worth R100 000 only to do inspections worth R10 000 doesn’t make financial sense to us.”

Further, NDT is important for operations as it is a process that ensures that preventive mainenance on machines in a factory take place, to prevent shutdowns for long periods.

He concludes that the company currently has more than 350 personnel working in the rope access team which is active in the cement, power generation, mines, petrochemicals and heavy industries.