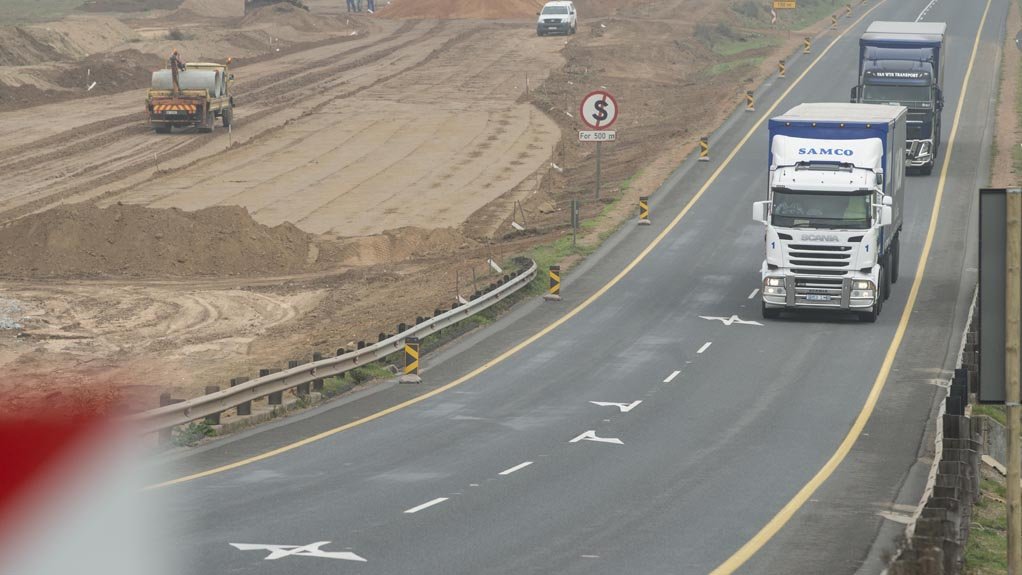 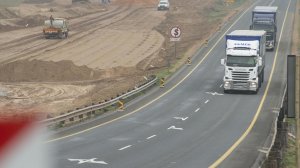 The national road network has been steadily growing over the years and this improves connectivity between cities and regional hubs, which is essential given that it is on this network that the majority of South African citizens commute and conduct business, says South African National Roads Agency Limited (Sanral) communications GM Vusi Mona.

He avers that it is critically important to unlock the value of South Africa’s road network and to build partnerships with communities so that these communities can become active participants in the entire process of delivery, which includes planning, construction, as well as the supply of services and material to long-term maintenance of local roads.

“At a time when the world is undergoing rapid changes brought on by new – and sometimes disruptive – technologies, it is important for twenty-first century organisations such as Sanral to embrace change and continuously adapt strategies to remain at the leading edge of trends in the management of vital economic infrastructure,” he explains.

However, with the challenge of rapidly evolving Smart Road Technologies and global innovation, Mona further notes that innovation funding has been prioritised through the establishment of the Western Cape-based Technical Innovation Hub (TIH) during the 2016/17 financial year.

The TIH, he enthuses, can be likened to a “think tank” of young intellectuals, who are mentored by senior professional engineers, and who could be inspired by the possibilities that exist when technology is harnessed in order to improve South African lives and promote progressive development in transport.

“Innovating to create a better and safer road network can never operate in isolation, and Sanral has always been acutely aware of, and committed to, impacting positively on the lives of the communities in which it operates, across the national road network,” Mona notes.

He explains that simply creating road infrastructure is not enough when citizens do not always have the ability and resources to access developmental opportunities, which are created by an improved road network.

To this end, Mona points out that Sanral’s Community Development Programme is a way of strengthening communities, particularly those who are adjacent to the national road network, while also addressing concrete and intangible human needs.

“Sanral implements a detailed plan when working with community structures on all of its projects, with the goal of providing improved access and mobility in a locally sensitive manner, and offering opportunities for economic empowerment,” Mona adds, noting that Sanral’s organisational nature reflects the environment within which it functions.

In addition, Mona further explains to Engineering News that Sanral’s medium-term strategy is named Horizon 2030 and that it coincides with the timeframes which have been set in the National Development Plan.

With Sanral having had three decades as custodian of the South African road network, he enthuses that the length of the network has tripled from 6 700 km in 1998, to the current 22 000 km with an estimated net asset value of more than R250-billion.

“We stand at the start of a global new era in transportation technology where concepts such as smart roads, intelligent infrastructure and driverless vehicles have moved from the realms of science fiction to a future that is just down the road.”

Therefore, Mona explains that Horizon 2030 is a proactive response to deliver on Sanral’s vision of a national transport system that builds South Africa through better roads.

Two examples of Sanral’s ongoing investment into the long-term future of South Africa’s road network can be seen in the R3.2-billion which has been invested on the upgrade of the N7 corridor, and the construction of two mega bridges, as part of Sanral’s N2 Wild Coast road project, in the Eastern Cape.

“We are looking forward to continue engaging with other role players in the construction and engineering sectors, with our sister agencies and road authorities, with provincial and national departments and with the experts in our various engineering disciplines, as we strive to build South Africa through better roads,” he enthuses.

Meanwhile, Mona further enthuses that Sanral hosted engineers from several countries, at the biannual World Road Association (PIARC) conference on Road Tunnel Operations in Low and Medium-Income Countries, from October 18 to 20 this year.

“The biannual seminar is an opportunity to draw on knowledge and technical leadership from over thirty governments globally, and is, in itself, a huge benefit to growing the knowledge economy within South Africa,” he states.

The event was formally opened by Sanral CEO Skhumbuzo Macozoma.

During the conference, engineering professionals engaged with thought-provoking presentations on new technological breakthroughs in civil engineering around safe design and operations of road tunnels.

The South African team led with a presentation – with a focus on operations, maintenance and planned upgrades – on the Huguenot Tunnel, which constitutes a major transportation link between the coastal plains of the Western Cape and the interior.