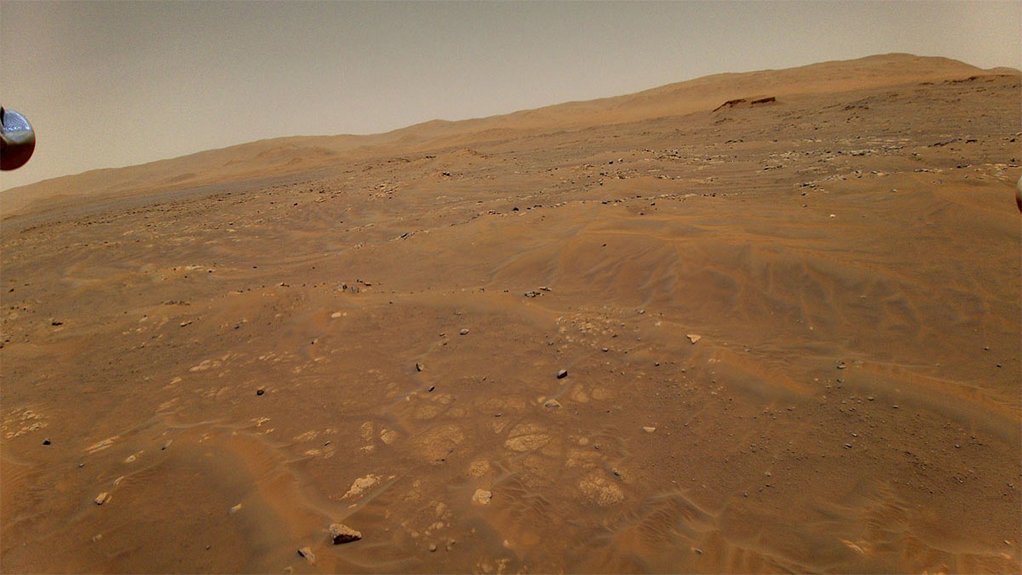 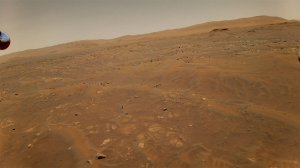 The US National Aeronautics and Space Administration (Nasa) Jet Propulsion Laboratory (JPL) Ingenuity Mars Helicopter team reported on Thursday that the small uncrewed aerial vehicle (UAV) had suffered, in Nasa jargon, an “anomaly” during its sixth flight in the Red Planet’s very thin atmosphere. Because of the time taken by radio signals to travel from Earth to Mars and back, Ingenuity has to operate autonomously. The team at JPL has no idea how a flight has gone until after it is finished, when they receive and analyse the data from the drone. This can take a while.

Ingenuity executed its sixth flight last Sunday (May 23), which was the 91st sol (Martian day) since the Perseverance rover (which carried Ingenuity in its belly) landed on Mars. For this mission, the helicopter was programmed to climb to an altitude of 10 m, and then fly 150 m southwest at a ground speed of 4 m/sec. It was then to change course to south and fly a further 15 m while taking photographs to the west. Finally, it would change course again, this time to the northeast, fly 50 m and land.

“Telemetry from Flight Six shows that the first 150-metre leg of the flight went off without a hitch,” reported Ingenuity chief ‘pilot’ Håvard Grip. “But toward the end of that leg, something happened: Ingenuity began adjusting its velocity and tilting back and forth in an oscillating pattern. This behaviour persisted throughout the rest of the flight. Prior to safely landing, onboard sensors indicated the rotorcraft encountered roll and pitch excursions of more than 20 degrees, large control inputs, and spikes in power consumption.”

Analysis of the data allowed the team to establish that the problem had been caused by a glitch in the connection between Ingenuity’s navigation camera and its navigation system, which happened some 54 seconds after it took off. Central to the UAV’s navigation system is its inertial measurement unit (IMU), which measures its acceleration and rotational rates and is able to estimate its position, speed and attitude (not altitude). But, over time, the accuracy of the IMU would decline, so it requires regular correction, which is provided by images from the navigation computer.

When Ingenuity is flying, the downward facing navigation camera takes 30 images per second of the surface below it and at once feeds these into the navigation system. The navigation system algorithm checks the timestamp on the image, determining when it was taken; then it predicts what the image should show at that time (based on its analysis of the previous images it examined only moments before, and using such features as ground colour variations, rocks and sand ripples). Finally, the algorithm examines where these features actually appear in the image, and uses any difference between its predicted ground feature locations and their actual locations to correct its positional, speed and attitude estimations.

The glitch caused a single image from the navigation camera to be lost. But this had the effect that all subsequent images sent to the navigation system had the wrong timestamp, meaning that the attempts by the navigation algorithm to correct Ingenuity’s flight and course were based on inaccurate information. This resulted in the system experiencing phantom errors that led to ‘corrections’ that resulted in Ingenuity experiencing large oscillations in flight.

That the UAV survived and landed safely was because the team at JPL had designed a large ‘stability margin’ into the helicopter. This meant that it could experience major errors, including errors in timing, without becoming unstable. This safety margin was not needed on the previous five flights when the drone performed as expected, but saved it on this flight.

“Looking at the bigger picture, Flight Six ended with Ingenuity safely on the ground because a number of subsystems – the rotor system, the actuators, and the power system – responded to increased demands to keep the helicopter flying,” he explained noting that the vulnerability in the timing system which had been revealed will now have to be addressed. “While we did not intentionally plan such a stressful flight, Nasa now has flight data probing the outer reaches of the helicopter’s performance envelope. That data will be carefully analysed in the time ahead, expanding our knowledge about flying helicopters on Mars.”