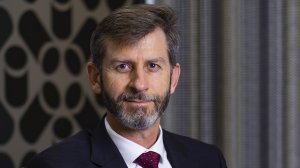 Packaging company Nampak recorded “very pleasing” results for the six months ended March 31, despite the ongoing restrictions on trading caused by the Covid-19 pandemic, CEO Erik Smuts said at a presentation of the company’s interim results on May 28.

Overall group profitability improved, driven by the strategy to simplify the group and optimise operations.

“We made good progress towards achieving our strategic goal of improving our risk profile as we reduced exposure to dollar debt.

“The simplification of the group and optimisation of operations delivered positive results, as all businesses focused on refining operating structures and reducing fixed costs. Further savings are expected for the remainder [of this financial year] and into full-year 2022,” Smuts said.

He noted that Nampak’s manufacturing sites continued to mitigate the impact of the virus by implementing additional safety measures.

Five employees have passed away as a result of the virus.

Group revenue was unchanged at R6.5-billion as the growth in the Metals division in Nigeria and South Africa was muted by subdued performance from other operations in the rest of Africa, Smuts pointed out.

Trading profit improved by 11% to R706-million, largely as a result of strong cost saving initiatives.

Operating profit increased by 89% to R543-million, mainly owing to the reduction of net devaluation losses from exchange rate movements, lower retrenchment and restructuring costs and the non-recurrence of capital items.

Profit for the period improved to R171-million from a R2.9-billion loss in the comparative period the year before.

Cash generated from operations was up 19% to R852-million, with net working capital inflows of R21-million relative to a R76-million outflow in the comparative period.

Earnings improved to R110-million from a R2.2-billion loss in the prior period. Earnings a share and headline earnings a share for continuing operations and total operations increased by more than 100% to 17c and 17.6c, respectively.

Proceeds from the disposals of the Glass division and the Cartons Nigeria business contributed to gross debt reducing by 32% to R5.8-billion from R8.5-billion in March 2020 and exposure to dollar funding decreased to 48%.

Despite increasingly constrained availability of foreign currency in Nigeria, R848-million in cash was transferred from Angola and Nigeria, but constraints in Zimbabwe resulted in minimal cash transfers.

The board has decided not to resume dividends to shareholders until debt levels are further reduced.

In Bevcan South Africa, it has not recovered to pre-pandemic seasonal levels as yet.

In South Africa, DivFood’s consolidation of its operating footprint and simplification of its product offering resulted in cost savings that turned a significant loss in the prior year into a trading profit for the period under review.

Performance improved as food can demand increased, while demand for diversified cans was in line with expectations.

For the Paper division, Covid-19 restrictions and lower demand impacted negatively on profitability.

“We anticipate a stronger second half than last year as improved trading conditions and the benefits of cost savings initiatives should result in a much improved performance in South Africa.

“Demand in Nigeria is expected to remain strong for the remainder of the year. As we simplify the group, site consolidations and operational relocations should be completed before the end of full-year 2021, improving our profitability and establishing an efficient platform for Nampak’s future growth,” Smuts said.

The group’s strategic objectives to reduce risk and grow profits will be prioritised and it will use proceeds from asset disposals, along with cash generated, to further reduce debt.

“In line with our strategy and market developments we are re-evaluating our capital structure, not only to meet covenants, but specifically as an enabler of future growth,” Smuts indicated.