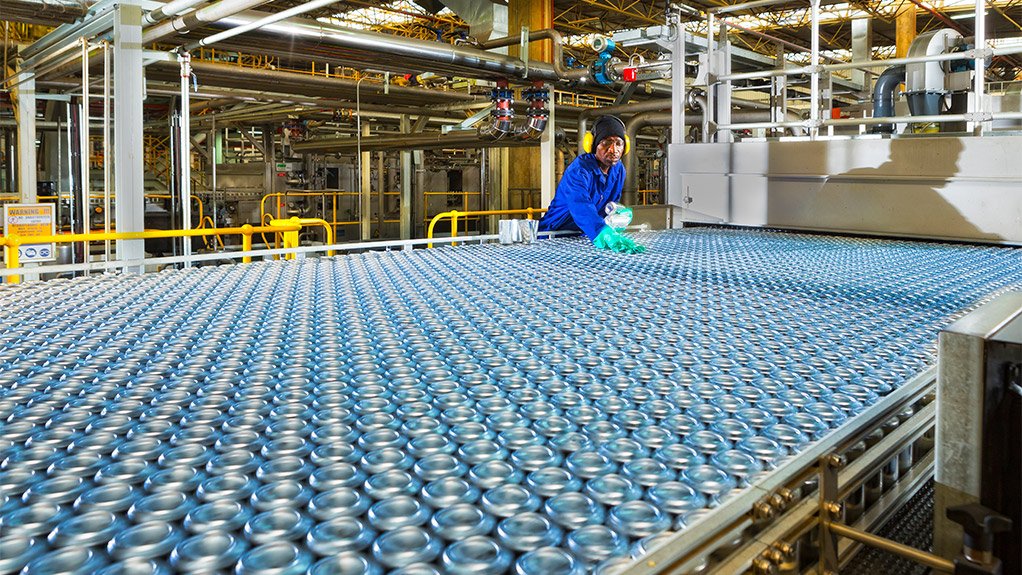 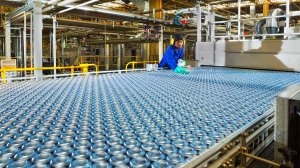 Packaging group Nampak, which celebrated 50 years on the JSE on February 19, is a markedly different business from the one that has its roots in a cardboard box-making factory established by John Herzberg in Waterkant Street, Cape Town, in 1918.

Rising levels of automation across a portfolio of 49 manufacturing sites in Africa and Europe, together with a growing environmental consciousness, also distinguish the contemporary enterprise from the business that listed on the Johannesburg bourse in February 1969, under the stewardship of then chairperson Oscar Fruman.

The history of Africa’s largest packaging firm is, nevertheless, characterised by a consistent theme of corporate activity, dating back to as early as 1921 when Herzberg took over printing company, Nell Wheeler & Company.

Other milestones included the formation of Amalgamated Packaging Industries (API) in 1944, following the acquisition of 11 businesses started by the Kalmanson brothers; the creation of National Amalgamated Packaging, or Nampak, in 1968, incorporating the shares of both API and Natpack; followed by the 1983 merger with Metal Box South Africa and the acquisition of Crown Cork in 1990.

CEO André de Ruyter tells Engineering News Online that this theme continues to play a role in the group’s current two-pronged strategy of unlocking value from the existing assets, while accelerating growth into the rest of Africa.

In 2019, the corporate activity theme will again be in evidence with the sale of Nampak’s glass business, which is expected to be this year. The disposal is the latest in a series of divestiture decisions as the group repositions itself to focus on metal, plastic and liquid carton packaging.

Nampak is already the market leader in the manufacture of beverage cans in South Africa, where it also occupies strong market positions in other metal packaging, as well as plastic and liquid carton packaging. The company is also Angola’s beverage-can market leader, the sole producer of cigarette cartons in Nigeria and the leading producer of plastic milk bottles in the UK.

Growth in the rest of Africa is being prioritised, particularly in light of the sustained period of weak trading conditions in South Africa. In 2018, Nampak’s businesses in the rest of Africa made a 34% contribution to revenue of R17.3-billion, but contributed 66% of the group’s trading profit of R2-billion.

De Ruyter says growth in the rest of Africa will be pursued through a combination of greenfield investments and acquisitions in metals and plastics.

In South Africa, meanwhile, the focus remains on streamlining the business, reducing product complexity and investing in innovations that respond to the market’s growing demand to reduce the negative impact of packaging on the environment.

Nampak is paying particular attention to reducing the impact of its plastic packaging, in light of the fact that South Africa is already a global leader in the recycling of beverage cans, with more than 80% of all cans being recycled.

De Ruyter says a three-pronged strategy has been adopted. Alternatives to plastics are being introduced where possible, as is the case in the current shift in milk packaging from plastic to cartons. Where plastic remains the preferred material, Nampak is investing in research and development to reduce the plastic content of the container and is already producing some of the lightest-weight plastic bottles globally. The third element relates to increasing recycling rates and the use of recycled plastic in packaging.

“We don’t believe plastic is evil, but we agree it has to be used responsibly.”

Nampak is also studying ways to reduce the environmental impact of its manufacturing processes and is currently studying the prospect of installing rooftop-solar across its facilities.

Besides renewable energy, there is only limited scope for expansionary capital expenditure in South Africa, however, owing to the weak economic climate. As with the South African manufacturing sector as a whole, De Ruyter says Nampak “is at a crossroads” when it comes to future investments.

To improve prospect for investment there will have to be a tangible increase in aggregate domestic demand, which Nampak believes could be stimulated through policy interventions aimed at increasing the procurement of locally manufactured goods. “Retailers, for instance, should ensure clear labelling of South African products so that consumers can choose to buy local,” De Ruyter argues.

He sees particular potential to expand agro-processing, which would have major spin-offs for Nampak, which already produces packaging for canned products.

From a shareholder perspective, De Ruyter admits the business has faced serious internal and external headwinds in recent years and that investors remain sceptical. Nevertheless, he is optimistic that the actions that have been taken, including the closure of plants and disposal of certain business, has improved the investment case for the medium term.

“We are now poised to take advantage of any positive developments in the macro environment. As soon as that happens, we will be ready to fire on all cylinders,” he concludes.