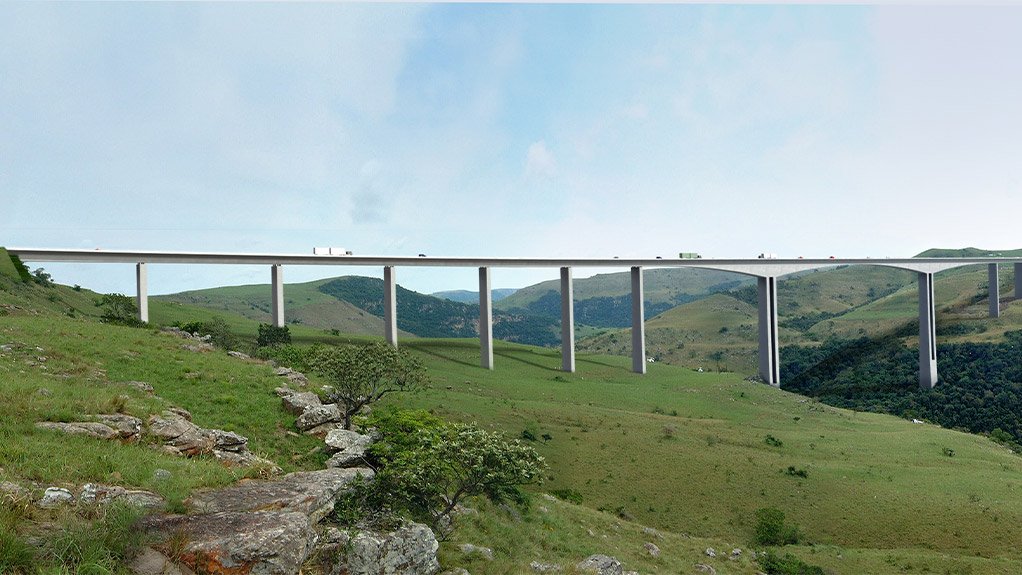 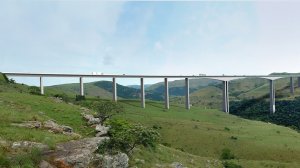 The Mtentu bridge will be built, but when this will happen is not yet certain, says South African National Roads Agency Limited (Sanral) engineering executive Louw Kannemeyer.

ASJV declared a force majeure, stating that it had been unable to work on the project site since October last year, owing to continued violent protests related to job and contract demands made against Sanral.

Sanral, however, believed the situation had stabilised sufficiently, through intervention at community level, for the joint venture to have continued operations on site.

Sanral and ASJV are currently locked in a legal process related to project guarantees.

It falls under the coordination and direction of the Presidential Infrastructure Coordinating Commission, and is one of government’s 18 Strategic Integrated Projects aimed at supporting economic development and service delivery in South Africa’s poorest provinces.

Should the Mtentu bridge be completed, it will be one of the longest main-span balanced cantilever bridges in the world, reaching heights of around 220 m.

“We will have to see how the legal process unfolds before we can decide the way forward,” says Kannemeyer.

“The legal process will determine the mechanism used to appoint a new contractor for the Mtentu bridge.”

He reiterates that the bridge will be built.

ASJV clinched the contract in September 2017. The bridge was to be completed in May 2021.

Strabag is a European infrastructure firm, armed with the necessary expertise to build a complex structure such as the Mtentu bridge.

Kannemeyer believes other international firms will prove willing to travel to the Wild Coast to build the structure, despite the challenges ASJV faced on site.

He acknowledges that building the Mtentu bridge is not an easy task.

The twin support towers of the bridge will be between 55 and 60 storeys high – higher than Africa’s tallest building, the Carlton Centre – with construction teams then building the bridge deck from these towers. Taking into account the height of the towers, as well as the fact that the bridge crosses a gorge, dealing with high winds may prove particularly challenging.

Sanral believes the complexity of the project will result in a new, extended tender period of at least five months.

To compile a new tender, go through the tender process, adjudicate, award, obtain the necessary labour permits, mobilise and establish on site, is likely to take at least 12 months.

Legal issues may extend this period even further.

The second megabridge that forms part of the N2WCR project, the  R1.65-billion, 580 m cable-stayed Msikaba bridge, went out to tender twice before a suitable contractor was secured.