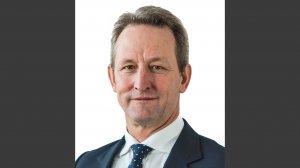 Paper and plastic packaging manufacturer Mpact managed to ensure business continuity, alongside the safety and health of employees, over the past six months, despite the period, which ended on June 30, beginning with persistent external electricity supply interruptions across South Africa, exacerbating the effects of an already weak economy.

Since mid-March, Mpact was also impacted on by the Covid-19 pandemic and subsequent nationwide lockdown imposed by government. Though, as one of the critical supply chain links in the South African economy, all of the company’s divisions were designated as essential service providers, meaning that most of its facilities have remained operational since the start of the lockdown.

However, in terms of Mpact’s response to the pandemic from an operational point of view, CEO Bruce Strong tells Engineering News that very strict pre-existing health and safety measures across all of the company’s operations “were bolstered by the appointment of Covid-19 compliance officers”, who assisted in ensuring the continuous health, safety and wellness of employees.

Mpact also made a “very strong” effort to engage its customers via new means, such as virtual meetings, to ensure business continuity.

While some of the company’s non-essential operations, like those that focus exclusively on producing packaging for restaurants, were down for at least two months, Strong says this time was spent focusing on product development, the likes of which can be seen in a tamper-proof home delivery bag for fast food.

In terms of a recovery, while the South African economy may take a long time to recover in general, Strong notes that “some parts of its business” may well see some sort of a recovery, despite others – like the recycling streams and packaging for the liquor industry – remaining under pressure.

Mpact focuses on secondary packaging for the liquor industry (such as the container one would carry the alcohol in, like wine boxes). This meant that the impact has “not been anywhere near” what’s being seen across industry.

During this time, Mpact’s volumes for liquor-related packaging was down by only 6.5% compared with the same period last year.

“We’re not planning, at this stage, any restructuring as a consequence of [the liquor ban], but we do think that alcohol sales will be reinstituted at some stage, and hopefully soon,” he tells Engineering News, highlighting that the production capacity and employees will still be needed.

Overall, Mpact’s group revenue from continuing operations for the six months decreased by 1.4% year-on-year to just over R5-billion, owing to lower average selling prices in the paper business, and sale declines attributable to the lockdown.

The lockdown has had a negative impact on the demand for other paper and plastics packaging products and for recycled paper, plastic and glass. Sales volumes for the second quarter (comprising April, May and June) declined by 6.4% when compared with the same period in 2019.

Strong says the sector is likely to remain under pressure owing to an oversupply of goods, “but in terms of the demand for packaging, paper and plastics, I think we could still expect it to be reasonable, though there will be changes”.

The global industry is currently in a state of oversupply, meaning that margins are going to be under pressure for a while, something Strong believes will not change in the next six months.

In response to these challenges, numerous measures have been implemented to reduce costs and conserve cash. The Mpact group generated cash from operations of R698-million during the period through strict working capital management, postponing nonessential capital expenditure and stringent cost-containment initiatives.

Despite these efforts, Strong says it was not possible to reduce costs in proportion to the decline in gross profit.

Earnings before interest, taxes, depreciation and amortisation (Ebitda) decreased by 31.1% to R395.7-million, which is mainly attributable to the weak economic conditions combined with lower margins in the paper business given subdued international demand for recycled containerboard and lower average selling prices, already evident at the beginning of the period.

Profits were also adversely impacted by persistent external electricity supply interruptions at several operations since the beginning of the year. Most notably, the Springs paper mill lost 22 production days in the period at a cost of about R27-million directly as a result of the “catastrophic failure” of a municipal substation in Ekurhuleni.

Underlying operating profit of R126.9-million was 50.3% lower than the prior period.

Basic earnings per share (EPS) and headline earnings a share for the period were 9c and 8.4c, respectively. Underlying EPS decreased by 84.2% to 9c.

Net debt as at June 30, including R350-million of lease liabilities, was R1.9-billion, while the group has total borrowing facilities of about R2.8-billion.

Mpact has also met all of its debt covenants.

Mpact’s paper division reported revenue of R4-billion, 1.7% lower than the same prior year period. Sales volumes decreased by 4.8%, with lower domestic sales volumes offset by an increase in exports.

Sales volumes in the paper converting business declined by 6.7%, with good growth in the fruit sector offset by declines in the other sectors as a result of the lockdown.

Underlying operating profit in the paper business of R184-million was 37.8% below the prior period mainly owing to lower paper mill margins, the effects of lockdown and electricity supply interruptions.

Meanwhile, revenue in the plastics business was R1.1-billion, which Mpact says is in line with the prior period, with higher average selling prices offset by a 3.9% decline in sales volumes.

Lower demand from the beverage and QSR sectors during the lockdown led to plastics volumes declining by 5.3% in the second quarter.

The plastics business made an underlying operating loss of R17.7-million compared with a break-even in the comparable prior period. This is owing primarily to provisions for inventory and bad debt write-downs of R37-million and R5-million, respectively, and a sharp contraction in sales of preforms and closures during the second quarter.

The restructuring of the trays and films business has been completed, with the inventory provisions detracting from an otherwise good year-on-year improvement in Ebitda despite lower volumes. Underlying operating profits improved in FMCG, bins and crates.

Further, Mpact Recycling repurposed some of its collection fleet during the initial lockdown stages to deliver meals, vouchers, face shields and other supplies to many waste reclaimers whose activities were restricted.

In April, Mpact Plastics developed, prototyped and produced new face shields for use by health care workers and others to address the pressing need to reduce the spread of the virus.

The shields, produced from polyethylene terephthalate and polypropylene, both fully recyclable materials, were well accepted in the market, with additional variations for schoolchildren introduced in May.

“In June, 25 000 face shields were donated to the Gauteng Department of Health and 6 000 to waste reclaimers, and face shields have also been provided to all of our employees, demonstrating once again that our purpose at Mpact goes beyond making packaging – we make a difference,” Strong adds.

The outlook for the remainder of the financial year remains uncertain given the extent of the lockdown measures imposed by government in an already fragile economy, coupled with ongoing power outages.

While there was some recovery in QSR demand in July, the beverage and tobacco sectors remain weak.

Mpact expects good demand for fruit packaging in the second half and improved demand in other sectors as lockdown regulations ease, adding that while global containerboard and carton board prices appear to be rising off a low base, the market remains in oversupply.