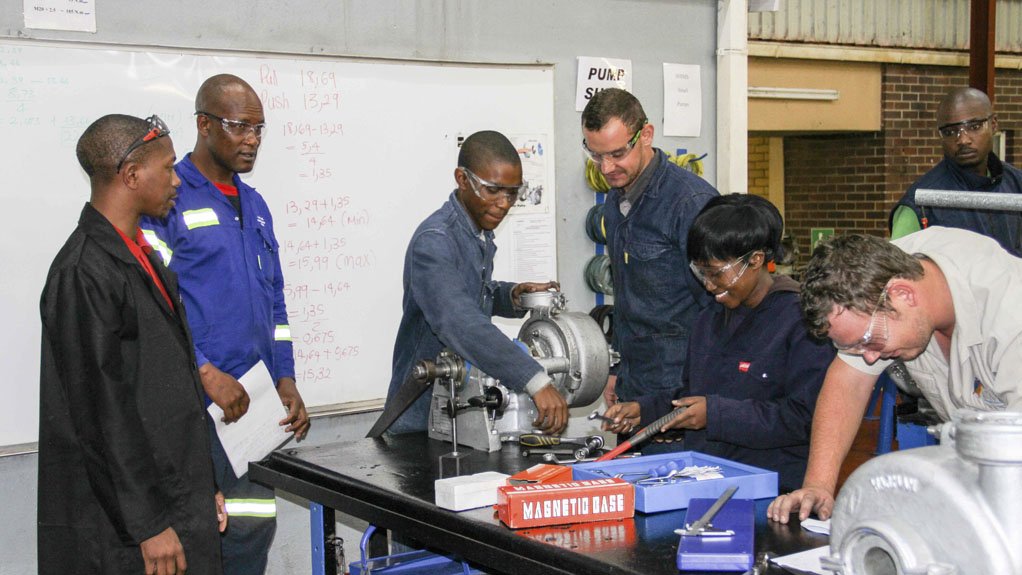 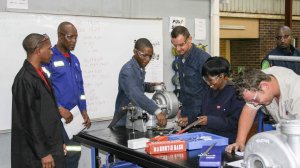 Venter says, although the intake has remained relatively high – compared with other technical and artisan training institutions – the depressed economy has had a notable impact on registration over the past two years. However, he is optimistic that the increased number of registrations bodes well for the future.

The CTC, first established by the Chamber of Mines in 1964, is accredited by the Mining Qualifications Authority and the Quality Council for Trades and Occupations and offers training for the trades of diesel and earthmoving equipment mechanics, electricians, instrumentation, auto electricians, fitters, millwrights, welders, rigger-ropesen, miners and mineral processing plant operators.

“At its inception, the institution was meant to train and produce the types of artisans needed at a mine, although many of these skills were, and continue to be used, in a vast array of industries,” explains Venter.

He notes that, while the institution retains its mining roots – being owned and funded by coal mining companies Anglo American Thermal Coal, Exxaro Resources, Glencore, South32, Kangra Coal and Izimbiwa Coal – only 20% of the students that register are from the shareholder mines. The balance of the students are from other mines and industries. He suggests this might be because of the local mining industry’s changing circumstances.

Further, he points out that the institution’s longevity and reputation, as well as strong ties to the mining industry and employers, such as State-owned power utility Eskom, ensure that there is a fairly consistent stream of students attending CTC courses. “Many of our alumni become senior managers with large-scale employers and, more often than not, they send trainees and potential employees to CTC because they know that our students receive the best possible grounding in their respective fields.”

This process is repeated with students returning to CTC for three months, followed by an additional nine months at an employer, and a final three months at CTC in preparation for their trade test.

Given the amount of time spent at the CTC, shared rooms and bathroom facilities are offered to students, at two hostels, also serving three meals a day.

Venter notes that those who apply to complete an occupational qualification require at least a Grade 11 with mathematics and science. However, “a student that applies for their trade test requires at least an N2 qualification on four trade-related subjects”. He comments that CTC usually produces students with N3 and N4 qualifications.

The CTC is characterised by three categories of students – those sponsored by employers, which is also the largest group; those sponsored by the various sector education and training authorities (Setas); and self-funded students, adds Venter.

Hence, more companies must take responsibility for upskilling the youth, as on-the-job training is “vitally important”, and the CTC is constantly looking for more employers willing to assist in this regard, Venter states.

A Lack of Mentors Venter states that training centres such as CTC consistently produce skilled artisans, but this has not necessarily addressed the country’s skills deficit.

He says there are many qualified artisans in work places, but not enough older and experienced artisans, as many of “the old guard” have left the workplace, which has led to a lack of mentors for newly trained artisans. Venter stresses that this dearth of experience can be harmful, “because there is a difference between knowing something intellectually, and having that intellectual knowledge enhanced by years of practical, real-world experience”.

Further, Venter notes that the lack of mentors hinders the education of engineering and mining students. “CTC can only do so much. On-the-job training is crucial – it contributes to about 75% of the students’ skills base but, if there are not any adequately experienced mentors in workplaces for students to learn from, their training will be impaired”.