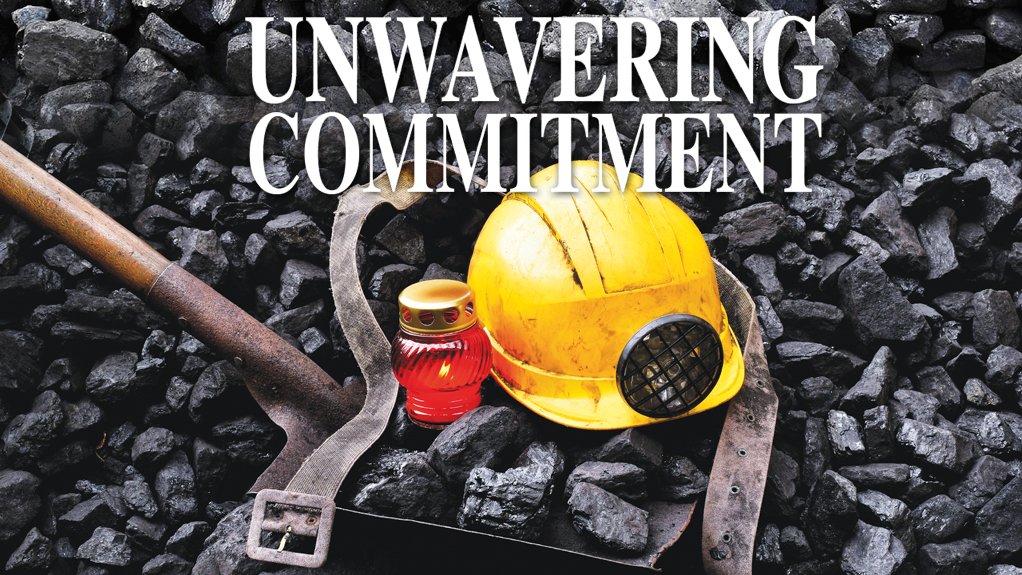 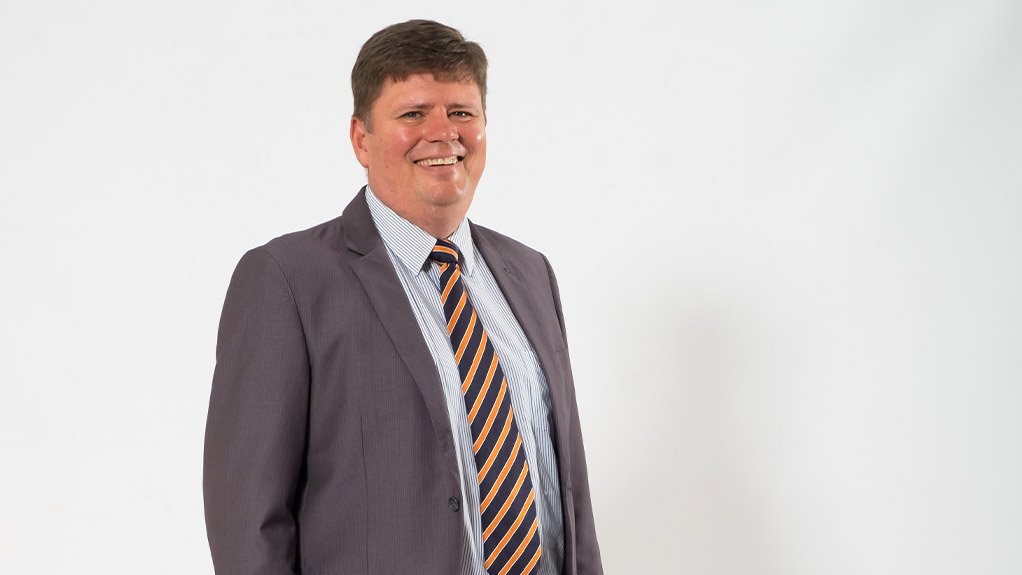 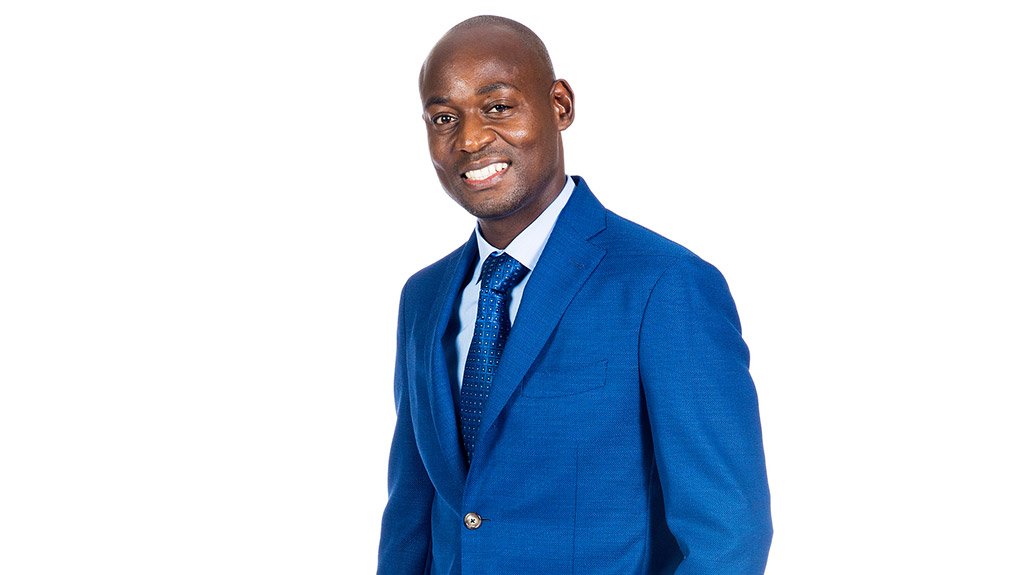 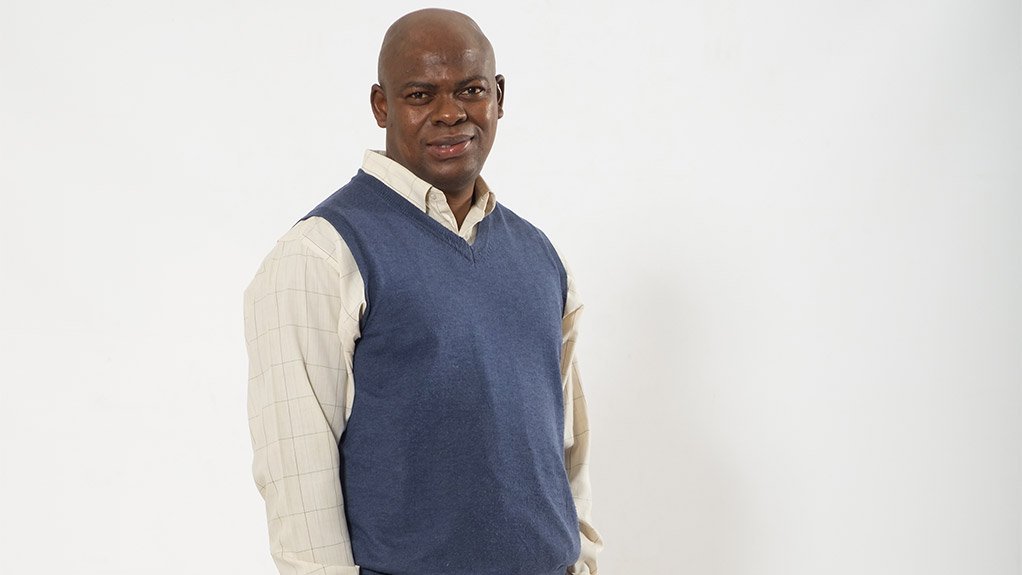 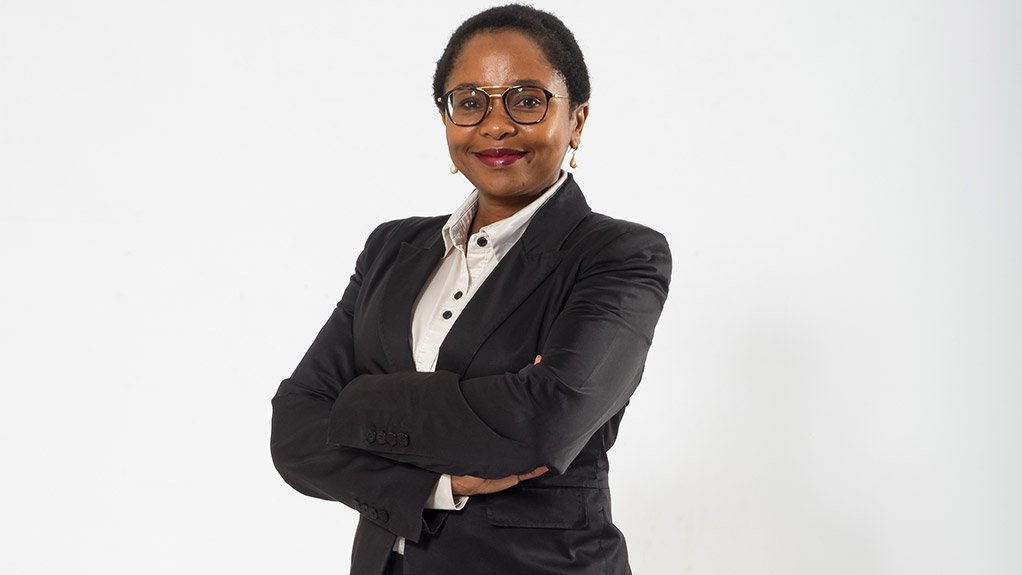 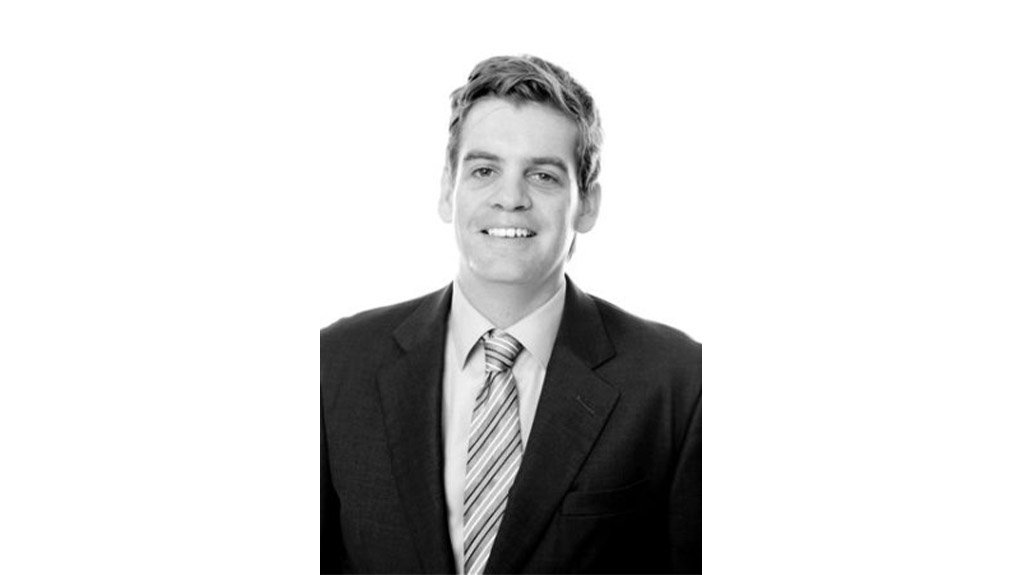 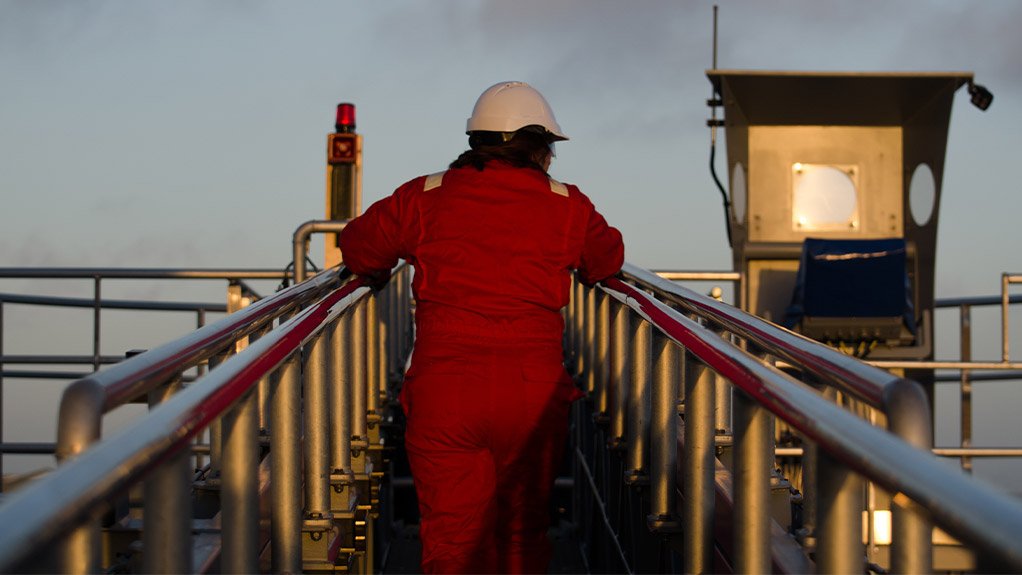 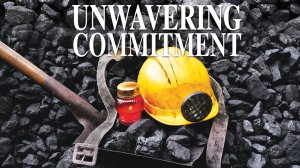 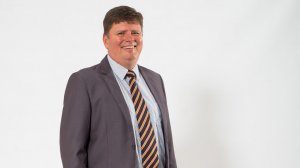 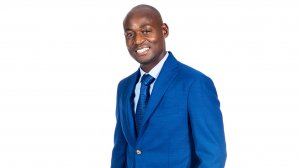 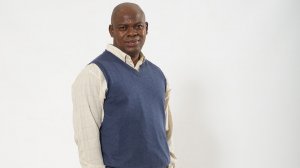 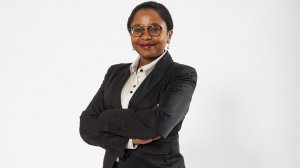 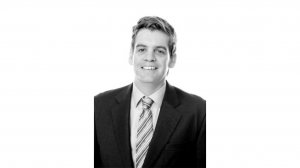 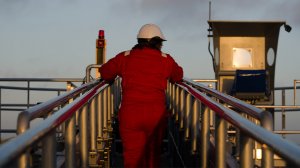 SIETSE VAN DER WOUDE The ‘Heartfelt Conversations’ initiative could be a springboard that assists in taking health and safety “to a new level”
DR SIZWE PHAKATHI The Mine Health and Safety Council’s Centre of Excellence will pave the way for regarding technology as an important aspect in understanding and mitigating the industry’s challenges
STANFORD MALATJI A behavioral framework is cardinal to the success of industry initiatives
DR THUTHULA BALFOUR The Masoyise Health Programme will increase the Masoyise campaign beyond TB and HIV/Aids to be more inclusive
BRANDON IRSIGLER Legislation cannot change culture or practices, which is what is required to drive a zero-harm mindset
RECOMMITMENT The death of 90 mineworkers marked a notable regression in 2017, and has resulted in industry stakeholders recommitting to achieving zero harm

The South African mining industry has continuously recommitted to the shared aspiration of zero harm, which aims to ensure that mineworkers return home from work unharmed every day.

While there was an 86% decline in the number of fatalities from 1994 to 2016, the death of 90 mineworkers in 2017 marked a notable regression, which has resulted in industry stakeholders recommitting to achieving zero harm.

Subsequently, the Minerals Council South Africa board has initiated a number of measures designed to urgently address matters. This was largely done by the CEO Zero Harm Forum and included intensified scrutiny of major causes of accidents, the sharing of best practice and additional, fundamental research through the Mine Health and Safety Council (MHSC).

Part of this initiative was the launch of the National Day of Safety and Health in Mining in August 2018, where all mines owned by Minerals Council South Africa member companies were asked to host special days at which safety and health were emphasised across all disciplines.

In voicing its cautious optimism, the Minerals Council tells Mining Weekly that increasing the level of awareness has had some impact in terms of increasing the commitment to zero harm.

Also part of the CEO Zero Harm Forum is the new Heartfelt Conversations initiative, through which the forum intends to focus on improving formal and informal leadership on various topics – such as disaster, fatality, and health and safety training, as well as occupational lung disease prevention – among mine employees.

The initiative is expected to be launched later this month.

Minerals Council South Africa modernisation and safety senior executive Sietse van der Woude believes that the initiative could be a springboard that assists in taking health and safety “to a new level”, providing a renewed commitment to understanding and action.

In support of this initiative, Minerals Council safety head Dr Sizwe Phakathi says the MHSC’s Centre of Excellence – which aims to build capacity and facilitate research outcomes for the mining sector – will pave the way forward regarding technology as an important aspect in understanding and mitigating the industry’s challenges.

“The centre . . . is also embracing . . . Industry 4.0 through digitilisation, Big Data, artificial intelligence and the Internet of Things in trying to save lives through improved health and safety,” he comments.

Under the MHSC’s umbrella, the Minerals Council is also aiming to address specific key risks in the industry, such as collision management systems, assessment tools and missing persons locator systems.

While there may be various initiatives under way, Mining Industry Occupational Safety and Health Learning Hub head Stanford Malatji says a behavioural framework is critical to the success of the initiatives.

He explains that such a behavioural framework comprises what superiors must do to ensure that an employee is “enacting” a particular behaviour and what they need to do to either rectify negative behaviour or enforce a positive one.

This will increase the scope of the Masoyise campaign beyond TB and HIV/Aids to include a wellness approach that offers vertical healthcare services to mineworkers, explains Minerals Council health department head Dr Thuthula Balfour.

Currently, the programme is in the early stages of roll-out.

Following the notable regression of mine health and safety in 2017, Department of Mineral Resources (DMR) chief inspector David Msiza announced during a media briefing last month that fatalities in the industry had dropped by 10% in 2018.

Msiza said during the announcement that the DMR remained hopeful that the improvement signalled a “much-needed turnaround in fatalities and that mines will continue to prioritise the issue moving forward”.

Of the 81 fatalities recorded in 2018, 40 were in the gold sector, 12 in the platinum sector and nine in the coal sector. The other commodities mined in South Africa accounted for 20 fatalities.

The platinum sector showed a significant decrease of 59% in the number of fatalities, down from 29 in 2017.

Five fatalities have been reported to date in 2019, a 69% improvement on the 14 fatalities recorded during the corresponding period in 2018.

The South African mining industry also achieved a 12% decrease in the number of occupational injuries, from 2 669 in 2017 to 2 350 in 2018. Most of these injuries were repeat accidents categorised as fall-of-ground, transport and mining, and ‘general’ accidents.

Msiza further emphasised that stakeholder collaboration remained critical, and that mining industry leaders had to continue their commitment to drive the implementation of the health and safety performance milestones set at the Mine Health and Safety Summit, held in October last year.

As part of its commitment, the DMR said that it would continue engaging and collaborating with its social partners through the MHSC, as well as national and regional tripartite forums, which comprise government, employers and union leadership.

Msiza said the DMR had, through the MHSC, established a task team comprising the DMR, the Council for Geoscience, Minerals Council South Africa, the National Union of Mineworkers, the Association of Mineworkers and Construction Union, Solidarity, Uasa and the South African Institute of Rock Engineers.

TB and HIV/Aids programmes will be evaluated by means of inspections to ensure improvement.

Meanwhile, in November 2018, the DMR issued two directives to the mining industry.

Msiza says the department intends to monitor and enforce compliance with the directives through inspections and audits.

The effectiveness of industry initiatives will depend on the support of the Mine Health and Safety Act (MHSA), which was drafted on the back of recommendations by the Leon Commission, which was established after one of the biggest mining disasters in South Africa’s history in 1995.

Even though the Act is “rooted in understanding mining practices and what things can go wrong” and how they can go wrong, law firm Dentons partner Brandon Irsigler warns that legislation “can only go so far”.

He explains to Mining Weekly that, while legislation punishes wrongdoing, it cannot change culture or practices, which is what is required to drive a zero-harm mindset.

In turn, this is up to mine management and the unions, as well as investors, who are increasingly demanding ethical investment that entails corporate compliance around health and safety.

Irsigler believes that the MHSA is “reasonably well drafted” in terms of providing local mining with the most suitable platform to achieve zero harm.

With regard to potential changes in legislation, he suggests that the ability to share findings and case studies across organisations, without the mining company having to provide the case study report, or losing legal privileges or waiving any rights, would assist the broader industry in identifying risks.

“Codifying the best international and local practices as updateable tasks or sector-specific appendixes to the MHSA would assist smaller operations and contractors in approaching work safely,” he highlights.

Further, Irsigler says the MHSA does provide for CEO liability, should a CEO fail to provide a subordinate with the mandate, authority and necessary resources to ensure a safe environment for the team that the subordinate leads.

However, he avers that this duty to mandate and empower subordinates cascades down the management reporting line to workers at the mine face.

“On the occurrence of a serious incident, the test that is used to demonstrate corporate or management liability is not negligence in the narrow sense, but whether the company or management team mitigated the foreseeable risk event that occurred using reasonable and practical measures.”

Irsigler says that it is not legislation that needs to change in the drive towards achieving zero harm, but rather the quality of processes and of people.

“The work done by the mining industry over the past decade, as well as the change in corporate culture and the dramatic decline in fatalities and serious injuries, is ‘no happy accident’, considering the difficulty in getting people to change their approach to work.

If we want mining to be a sunrise industry, we need to celebrate the improvements, as well as highlight and prosecute failures,” he concludes.