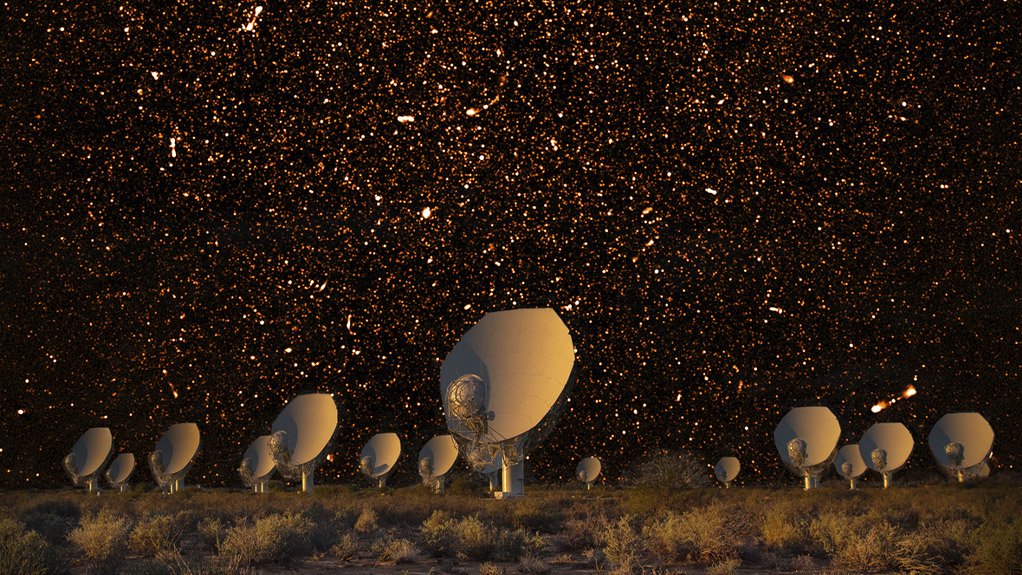 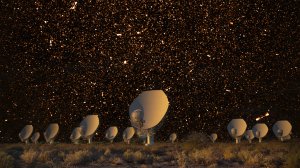 “To make this image, we selected an area in the Southern Sky that contains no strong radio sources whose glare could blind a sensitive observation,” reported SARAO researcher Tom Mauch. (He led the international team of astronomers who were responsible for obtaining and are analysing the image.)

The team’s results have been published in The Astrophysical Journal. The aim of the observations was to increase our knowledge about star formation in the universe. Stars have been forming for the past 13-billion years, but most stars were formed, or born, in a period known as cosmic noon, which was 8-billion to 11-billion years ago.

However, observing star formation during this period has hitherto proven difficult. While optical telescopes can see deep into the cosmos, they cannot see through clouds of dust and gas, and most new stars are hidden inside such clouds. Radio telescopes can see through such clouds, but, until now, have lacked the sensitivity to detect new stars forming in the faint galaxies, which are similar to our own galaxy, the Milky Way, and are where most star formation takes place.

“These first results indicate that the star-formation rate around cosmic noon is even higher than was originally expected,” stated (US) University of Virginia PhD student Allison Matthews. “Previous images could only detect the tip of the iceberg, the rare and luminous galaxies that produced only a small fraction of the stars in the universe. What we see now is the complete picture: these faint dots [in the image] are the galaxies that formed most of the stars in the universe.”

“MeerKAT is the best radio array in the world for studies like this one because it is the first to use such a large number of extremely low-noise clear-aperture dishes,” noted SARAO Chief Technologist Justin Jonas. This is why it was able to capture an image of these remote star-forming galaxies that was more sensitive that any previous image.