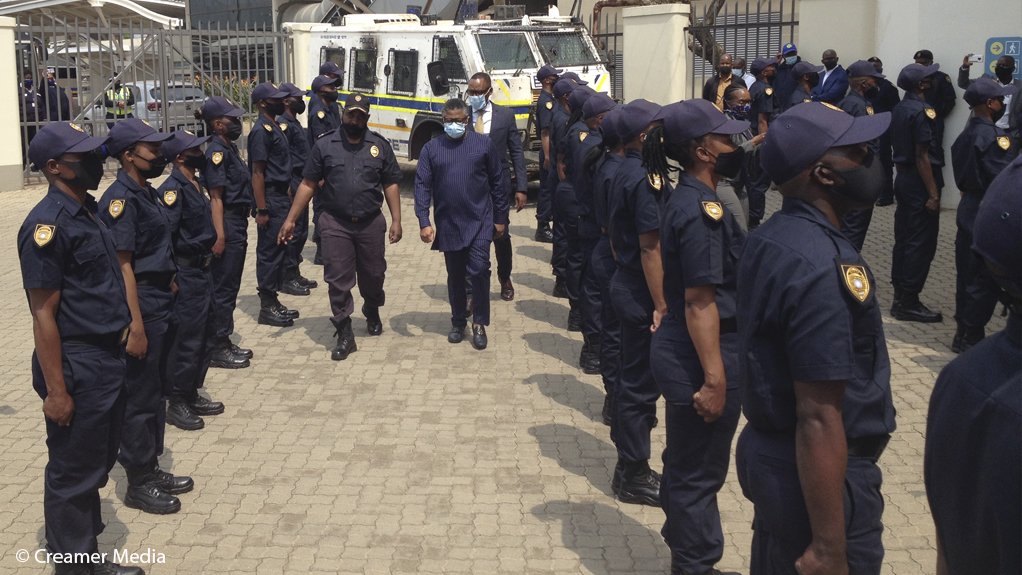 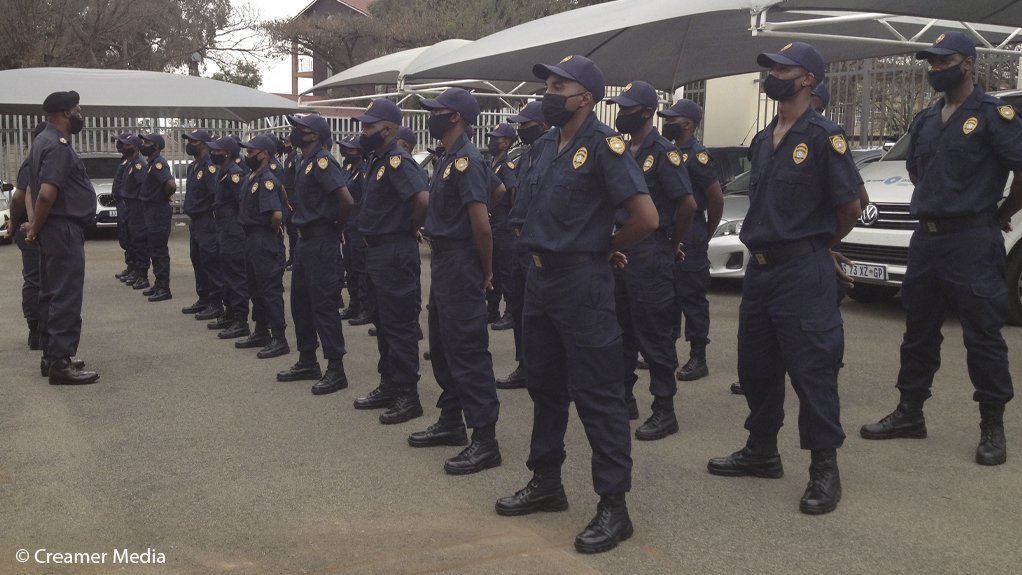 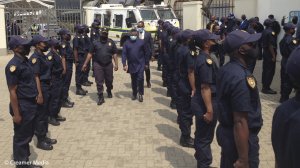 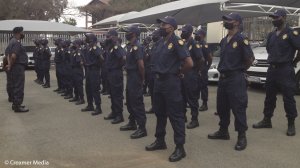 The Department of Transport and the Passenger Rail Agency of South Africa (PRASA) on September 16 launched the multidisciplinary Ministerial Integrated Security Plan, which involves the employment and deployment of an additional 3 100 security personnel to monitor and protect rail infrastructure.

A spate of vandalism and theft cases recently came to light as vandals and thieves have taken advantage of reduced rail use as a result of Covid-19 lockdown travel restrictions having taken effect.

“The prevalence of crime in the rail environment has reached alarming levels,” Transport Minister Fikile Mbalula said during a media briefing in Rhodesfield, Gauteng.

He added that, in some instances, daylight vandalism and theft of critical rail infrastructure had taken place with no law enforcement in sight. Theft included that of high-voltage cables and building materials from rail stations and rail lines.

"In some instances, underground lower-voltage cables have been dug up, the roofs of buildings have been removed, as have windows and other materials.

“Every day we are confronted with horrifying images of damage and destruction of our infrastructure that requires millions [of rands] to rehabilitate,” he said, adding that, on a daily basis, new pictures surfaced of cables that had been stolen.

Alongside the launch, the United National Transport Union (UNTU) has voiced its cautious optimism for the plan.

General secretary Steve Harris says such a plan is what the union and its affiliated federation, the Federation of Trade Unions of South Africa, asked for when they handed over their memorandums to the Presidency and other government institutions during their nationwide marches on July 26.

“The standing committee of the National Economic Development and Labour Council granted us a Section 77 certificate in terms of the Labour Relations Act after we convinced them that PRASA’s downfall is a lack of political will to act against key stakeholders like the South African Police Service and National Prosecuting Authority who are failing to adhere to its statutory mandates towards the rail industry.”

The multidisciplinary approach, which involves other government departments in the justice, safety and security cluster, will ensure criminal elements are stopped, perturbed and punished for the intent to commit crimes and for crimes that are committed, which Mbalula described as “economic sabotage”.

“Theft and vandalism of critical infrastructure on railway infrastructure not only places the lives and livelihoods of those who rely on trains at risk, but also has dire consequences on the economy,” said the Minister.

He stated that the “ravaging” of the infrastructure was not new, but had been amplified and accelerated during Covid-19 and consequent lockdowns.

Mbalula said several cases of theft  have been linked to organised criminal syndicates, sometimes even involving PRASA employees, who leak information to the criminals and help to organise the crimes.

In terms of the latest modus operandi, he said, PRASA’s protection services had found large “laboratories” in townships and surrounding areas where copper cables stolen from PRASA's infrastructure, are melted and exported through Mozambique, bound for the Asian market.

“That is big money for these criminal syndicates.”

In terms of vandalism, Mbalula said PRASA had arrested children who had burnt down about 18 train sets in Cape Town. He said these children are often high on drugs, with this particular case involving the children telling police that they were playing in the area.

However, he asks what kind of children play near trains with petrol and fire-starting materials. “Similar incidents have occurred in Johannesburg,” he added.

As such, Mbalula reiterates that larger, more organised players were organising criminality behind the scenes and evading arrest. With the new protection unit, he hopes such incidents can be prevented and that those behind the syndicates are apprehended.

“Our resolve to turn the tide and throw the book at these criminals has never been greater. We are equal to the challenge and confident we can turn the tide as we take the war to these criminals. Today is the beginning of that journey,” he said at the launch of the expanded protection unit.

“This is why PRASA has taken the decision to insource security. There are many positives that come with this, including that now we will have people directly accountable to our watch,” said Mbalula.

He added that the insourcing put PRASA in a better position to monitor criminals as well as the performance of security personnel and their capabilities, as well as being able to “martial them into action”.

“South African citizens are the real owners of PRASA. It is commuters who have suffered the most in recent years. PRASA’s modernisation projects are years behind due to vandalism and theft. There is money in the bank for these projects, but PRASA is unable to spend it,” says UNTU's Harris.

With the launch of the security plan, he says, today is the beginning of a journey to ensure the vision that trains are restored to being the backbone of South Africa’s transport system and to move from road to rail. “It will not be fixed immediately, but in the long term.”

Mbalula highlighted that the Ministerial Integrated Security Plan had been in operation since mid-August and had already recorded successes.

However, he added that there remained a lot of “rotten apples in the system, but equally there is a lot of goodwill”.

In August, the South African Police Services and PRASA protection services arrested six men in possession of copper cables and signalling equipment to the value of R5.5-million. “We are pleased that the number of arrests has been steadily increasing in the past few weeks. We will sustain the pressure to ensure that the long arm of the law reaches every corner where criminals hide,” he said.

However, at the same time, Mbalula said none of PRASA’s efforts would yield tangible results if it did not pay closer attention to the scrap metal industry and second hand dealers.

“These are the people who create the market for the proceeds of crime. We will uproot those who continue to buy these goods and fuel the illicit market.”