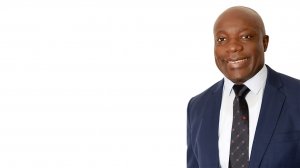 BRL operates in the construction sector, including the construction of roads, buildings and other civil engineering structures and also owns two major subsidiaries, Basil Read Mining (BRM) and Developments (Codevco).

BRL went into business rescue in June 2018, owing to contracts that were loss-making and for which the company was not being paid on time, which resulted in the company seeking extensive loans for working capital, resulting in further financial distress.

While BRL remains in business rescue, BRM and Codevco, as separate legal entities, are not in business rescue, as the two operating subsidiaries in mining and development “were and continue to be profitable and sustainable businesses”, Mapasa stresses.

BRHL’s share trading was suspended owing to the uncertainty of the business rescue process in BRL, as the major operating subsidiary.

“We have also experienced negative perception by suppliers and clients of the mining and developments businesses owing to association with the construction business,” Mapasa notes, adding that the company refers to this as “the cloud of business rescue”.

While the effect of the business rescue proceedings at group level remains uncertain, according to an announcement last week, he says the company has “learnt to price its services correctly and profitably” and to ensure payments are received on time, which ultimately take care of the working capital requirement of the company.

Referring to the announcement on June 22, which noted that “a full implementation of the business rescue plan will achieve a better result than a liquidation”, Mapasa says that, in doing so, “creditors will receive a better return”.

He adds that “this legal test of rescue versus liquidation is required of the practitioners to always review the affairs of the company under rescue to determine if it still makes sense”.

While the majority of BRL's legacy contracts have been completed, ceded or descoped amicably, the latest business rescue reports state that only four contracts had been terminated.

According to Mapasa, these active contracts include the Rosetta Water Treatment Plant project for Umgeni Water, which is anticipated to be substantially completed by November, should there be no further Covid-19-related disruptions.

The second active contract relates to the Medupi Buildings Package, for State-owned Eskom, where BRL is completing the final commissioning of the heating, ventilation and cooling systems. Completion is expected in September.

The third and last active construction project is the Olifantsfontein Water project, which comprises a 40 km pipeline from the De Hoop dam to the Steelpoort area, in Limpopo. According to Mapasa, BRL is completing the defects and environmental rehabilitation work, and anticipates final handover by September.

Substantial office-based work related to contract claims in a number of projects that have been completed, or terminated, still remain, Mapasa further points out.

BRL has also been significantly impacted on by the measures taken to halt the spread of Covid-19 not only in South Africa, but also in Botswana, Namibia, Lesotho and Swaziland, which resulted in all site activities being suspended for a time.

However, Mapasa says all sites are fully operational again after restrictions were lifted by the authorities.

“The impact was felt in a number of areas, such as the delay in completion of projects by eight weeks, delays in claims processes that were either before the courts or adjudication processes and more,” he laments, stating nonetheless that “these proceedings remain on track despite these impacts”.

According to Mapasa, the business rescue of BRL has given the group “some good lessons on how to preserve cash”, which is the life blood of any company, to such an extent that when the Covid-19 pandemic got to its current scale, the company was “better prepared” to manage its cash in order to remain sustainable during these uncertain times.

“We have learned to look after every cent and I am encouraged that across the group cash management seems to be second nature. What gives me the greatest hope is that our people remain motivated and are constantly seeking to find ways to improve our business importantly in areas of health, safety and financial results,” he elaborates, noting that this is further demonstrated by new contracts or extensions being awarded to the mining and development businesses.