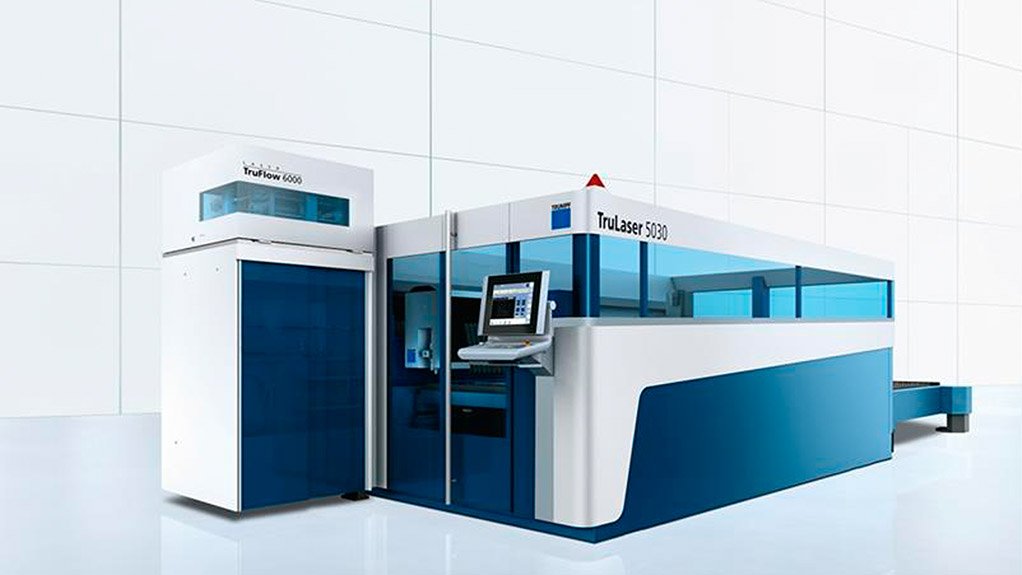 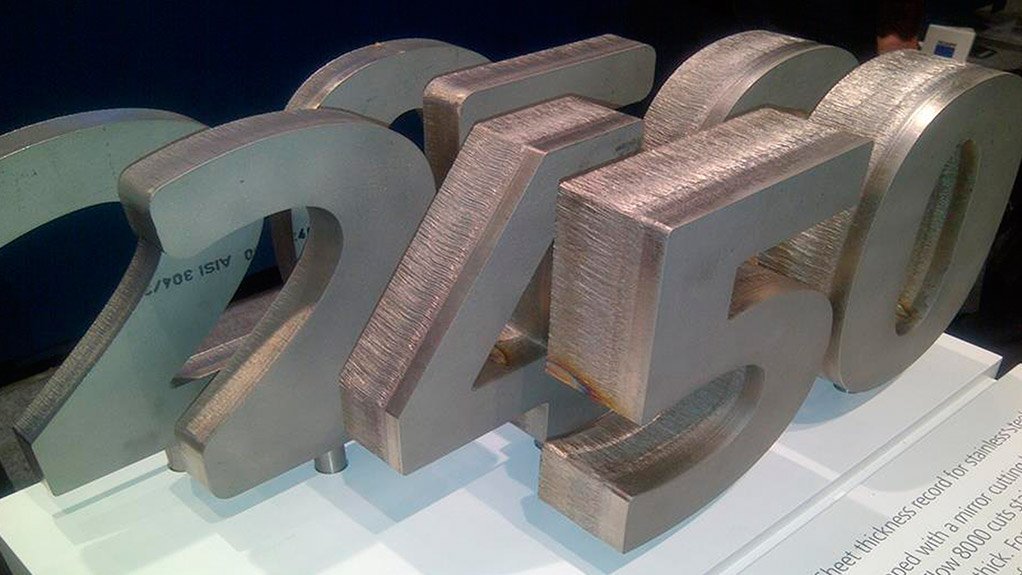 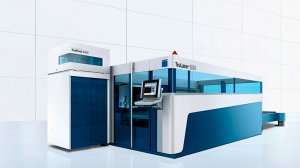 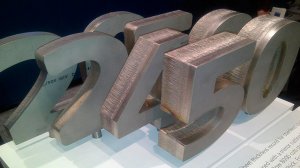 Local machine tools distributor Retecon has received its first order for the high-powered 8 kW Trumpf TruLaser 5060 (TL 5060), which should be delivered to its Gauteng-based customer by the end of next month.

“The TL 5060 is by far the most productive 2D laser machine available in South Africa, with profoundly high cutting speeds throughout a range of materials. Further, the 8 kW resonator enables the user to cut plates of up to 50 mm,” says Retecon Trumpf product manager Graham Rome.

He adds that, by using mag-netic linear drives on all axes, the TL 5000’s positioning speeds reach up to 304 m/min, signifi- cantly increasing productivity on the machine.

Other productivity features include a single cutting head – which means there is no need to change cutting heads or lenses when cutting materials of various thicknesses. “This reduces operator intervention during the production process allowing more uptime on the machine for cutting,” Rome says, adding that all of Trumpf’s lasers come standard with a pallet changer, allowing for a quick changeover from cut sheets to new sheets.

Further, with a conveyor belt for slag removal, as standard under the machine’s working area, downtime for cleaning purposes is kept to a minimum, he notes.

“South Africa is one of a few countries worldwide using laser-cutting machines with an oversize format of 6 000 mm × 2 000 mm and larger, which is used by the country’s large manufacturing sector for the mining and transport industries.” Rome notes that there is, therefore, a need for increased laser power when cutting thick plates in these industries, as accuracy is a top priority for the end- user.

Further, as part of Trumpf’s aim to support the use of more laser power, the company also introduced an 8 kW solid-state resonator – the TruDisc 8000 fibre – which enables the user to cut thick plate of up to 40 mm in stainless steel.

“This is a significant advantage for the Trumpf TruLaser fibre-optic series, which only a few years ago was predominantly used for the high-speed cutting of thin material. As the fibre-optic series machines are available in various sizes with laser power ranging from 2 kW to 8 kW, there is now a Trumpf Trulaser fibre-cutting solution for every application, whether it be thick- or thin-gauge material,” he emphasises.

Changing Perspective While it was considered too expensive in the past to run a laser-cutting machine for in-house production only, Trumpf’s TruLaser 1030 fibre-optic machine enables Retecon to change this common customer perspective and make in-house laser cutting a viable option.

The TruLaser 1030 is manufactured with a first-time buyer in mind and, therefore, ensures low operational and maintenance costs, as well as an acceptable price:performance ratio, says Rome.

Further, he highlights that the TL 1030 fibre-optic laser-cutting machine proved popular among customers in the past year. He says industry has expressed significant interest in the machine since it was first launched onto the South African market in January 2013.

Owing to its solid-state laser, the machine’s strengths are that it can cut a variety of materials and it can process thin-sheet metal of between 1 mm and 3 mm with exceptional cutting speeds using compressed air or nitrogen as an assist gas. The TruLaser 1030 fibre-optic laser can also cut through various thicknesses, including copper (up to 4 mm thick), brass (up to 4 mm thick), mild steel, stainless steel and aluminium, which can be cut at gauges of 20 mm, 16 mm and 12 mm respectively.

The fibre-optic laser can also be integrated into a network of lasers. This allows for a second laser output to be transferred to another station through a fibre-optic cable. “For example, a robot welding unit can use the laser beam when the TruLaser 1030 fibre-optic laser is not actively cutting,” Rome says.

“With the potential to cut mild steel up to 20 mm thick and the advantage of using only compressed air for cutting thin-gauge material, we expect that the Trumpf TruLaser 1030 fibre-optic machine will continue to be popular for sheet-metal manufacturers aiming for entry into the world of laser cutting,” Rome concludes.