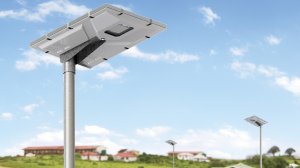 Skosana says the luminaire system is also cost effective, providing an optimal amount of light when needed and still being affordable for most lighting applications.

The company’s products are designed and manufactured in South Africa to withstand the harshest conditions, he notes.

“All our products are manufactured to suit specific applications. This means that we have to be as flexible and agile as possible to meet customer requirements.”

Skosana notes that, in March, for example, Beka Schréder completed the beautification project of the bus rapid transit bridge on the M1 highway, which has reinforced Beka Schréder’s participation in the lighting market and public space.

“The lighting principle that was used for the beautification project was dual lighting, on the road and also on the walk paths. These are lit according to the street lighting specification, ensuring that the bridge can be used day and night.”

He further enthuses that Beka Schréder luminaires are designed to provide light “exactly where it is needed’, as “there will be little to no light pollution, glare and ultimately irritation to the people using the ecosystem”.

Beka Schréder will launch a range of new products – including bollards, post top luminaires, streetlighting and control products – during the next few months.

“These products are aimed at fulfilling our aspiration of being a one-stop shop for all professional outdoor LED luminaires,” Skosana concludes.