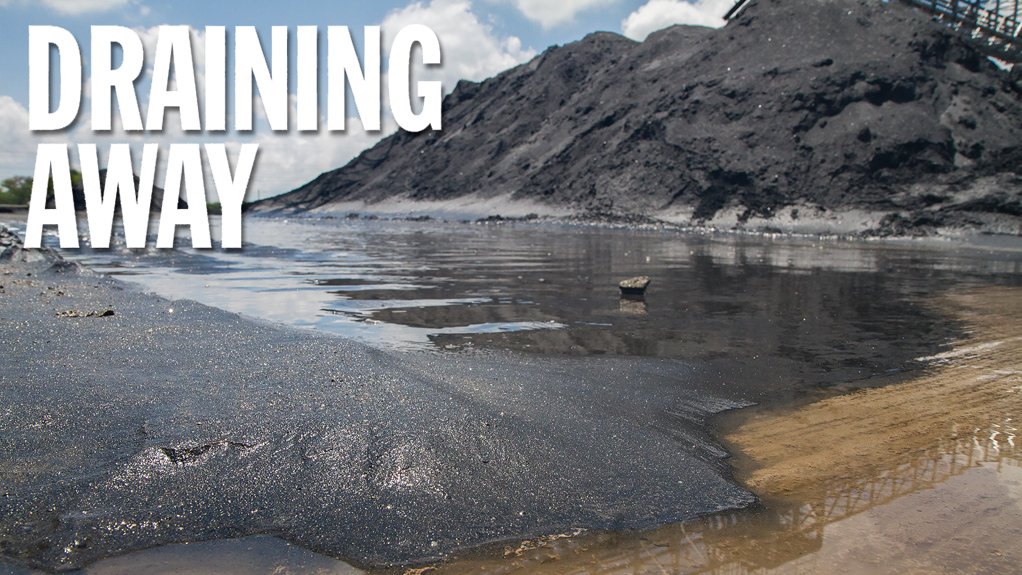 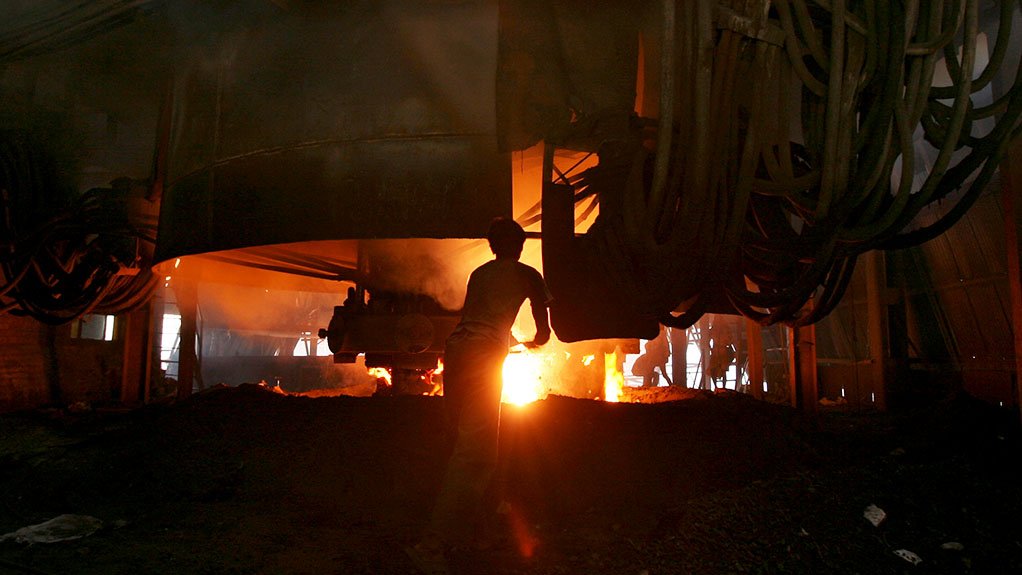 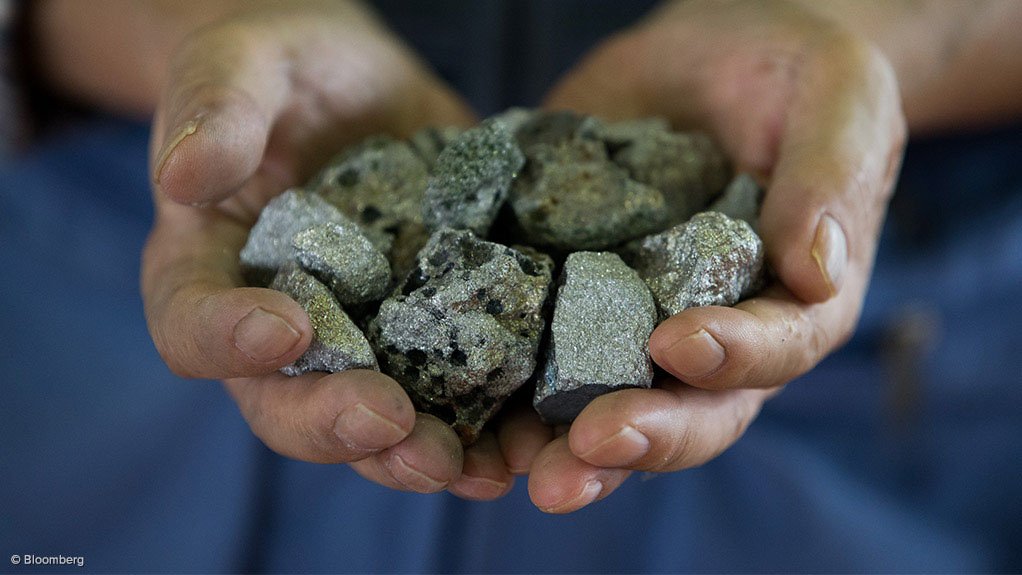 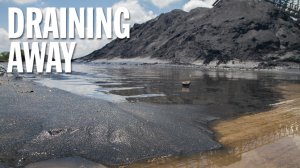 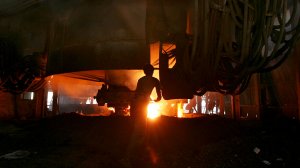 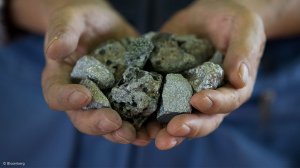 Photo by Reuters
BYGONE ERA? China’s upgrading or replacing of older plants has meant that South Africa has lost, or is in the process of losing, its competitive advantage in terms of scale, capacity and technology
Photo by Bloomberg
DIMINISHING RETURNS South Africa accounted for about 50% of global ferrochrome supply, but it will account for less than 20% in 2020

The local chromium industry is ostensibly being cut out of global ferrochrome production, owing to its eroding competitiveness and the comparatively ‘low-hanging fruit’ of supplying chromite.

While it is seemingly economically expedient at present, the continued decline in local ferrochrome production capacity is rather concerning for the mineral processing industry. Moreover, South Africa continuing, and possibly increasing, its dependence on commodity exports can have adverse implications for the economy.

International financial institution the World Bank Group’s ‘Global Economic Prospects’ report – released last month – noted: “When the pandemic erupted, many commodity exporters already had more limited fiscal buffers to counter a commodity price shock than they had just before the 2009 global recession, as a result of the [2014 to 2016] commodity price plunge. The revenue losses stemming from this year’s commodity price declines will further constrain commodity exporters’ ability to support their economies with income support or fiscal stimulus.”

Further, the report noted that, when compared with other emerging and developing countries, “commodity exporters continue to have sizable vulnerable population groups, with limited savings and recourse to finance and are typically reliant on informal-sector activity”.

Beneficiation has long been a priority for the South African government, given the relative economic resilience of countries that are less reliant on commodity exports. However, the decade-long malaise at State-owned power utility Eskom, combined with China increasing its ferrochrome production capacity, has resulted in a scenario where local chromium beneficiation is practically unfeasible.

How Did We Get Here?

Commodity research company Roskill steel alloys manager Dr Nils Backeberg says South Africa remains the leading supplier of chromite, and that its share of global supply has increased from below 40% in 1995 to “just shy” of 60% since 2015.

“In the early 2000s, South Africa nearly accounted for 50% of global ferrochrome supply, but South Africa’s role has dwindled in the wake of Chinese output, which is expected to account for over 50% of supply for the first time in 2020 – pushing South Africa’s market share back below 20%.”

Backeberg cites ongoing headwinds, primarily flowing from rising electricity costs, as the cause of the ferrochrome industry’s loss of its competitive advantage, adding that “it seems unlikely that South Africa will regain its former status”.

He notes that South Africa has significantly contributed to the growth of the chromium industry over the past two decades by ramping up ore supply, which has mainly serviced Chinese ferrochrome producers.

“South Africa used to have access to cheap, abundant ore and cheap electricity, which underpinned the development of the ferrochrome industry. China benefits from its domestic downstream industry and its access to cheap ore from South Africa.”

“The stainless-steel industry is still expected to grow over the next decade, but that growth remains focused on China and some other Asian countries.”

Asset management firm Kagiso Asset Management portfolio manager Mandi Dungwa adds: “South Africa has the largest reserves of chrome in the world, without which there would be no Chinese ferrochrome industry, as China does not have its own chrome resources.”

Backeberg notes that South Africa supplies 70% of China’s chromite ore, and that China accounts for roughly 52% of global chromite demand.

Dungwa says: “In our view, chrome should be beneficiated in South Africa. However, the cost of electricity makes this very costly and only those with superior technology are able to generate cash at low ferrochrome prices. The industry has been lobbying for export tariffs to be imposed on chrome ore exports, yet, to date, there has been no response from government.”

Backeberg notes that China cannot replace all South Africa’s chromite supply, such that, even in the event of an export tariff, South Africa would remain a key supply source, although, undoubtedly, losing some of its market share to other chromite producers.

He says that the viability of export tariffs really depends on the sustainability of the local industry, which faces obstacles beyond the mere lack of investment.

The Influence of UG2

UG2 chromite supply grew at double-digit rates for a consecutive year in 2019, while primary chromite production in South Africa declined for the first time since 2011, notes Backeberg.

Backeberg explains that the reasons for increased supply of UG2 ore over the last two years are twofold: favourable by-product chromium revenue for platinum group metals (PGMs) producers and China’s stainless steel plants being geared towards the use of lower-grade and charge chrome to maximise on lower-cost material.

He adds that these factors led to a surplus over three consecutive years and that the subsequent price decline caused several producers of both ore and ferrochrome to operate at a loss at the tail end of 2019.

The Impact of the Pandemic

“The current pandemic will not likely have a long-lasting impact on the industry, though longer-lasting restrictions on economic activity will increase the likelihood of more permanent scars. What the pandemic has done in the meantime, however, is bring some of the underlying chromium market imbalances into the spotlight as well as likely accelerate a rebalancing of supply and demand,” notes Backeberg.

Given the surpluses, the weak market, and poor performance in 2019, a reduction in supply over 2020 is expected. “Interestingly, the impacts of Covid-19 are likely to soften the market balance in 2020, with supply benefiting from cheaper costs but intermittent suspensions, while global downstream demand will impact chromium consumption more adversely.”

He notes that Roskill is modelling two scenarios for the impacts of Covid-19. The first is a “deep-V”-shaped scenario, where the impacts are limited, and industrial production incentives support the steel industries. This restricts the brunt of the economic impact to 2020, with many industries recovering relatively quickly in 2021, before returning to long-term trends from 2022 onwards.

Roskill notes that economies around the world have seen their gross domestic product curtailed by 25% to 35% during periods of ‘full lockdown’.

Demand for chromium will follow the trends and impacts of the stainless-steel industry, although niche applications will also be affected. “Chinese consumption of chromium slowed over February as suspensions of steel and ferrochrome furnaces took place amidst the country’s lockdown around the Spring Festival. But China has been at the forefront of recovery following their lockdown, with industrial production up 4.4% year-on-year in May and electricity and steel output up by similar levels.”

He adds that, as of April, China’s ferrochrome output was on a par with January figures.

Dungwa agrees that the pandemic has only exacerbated some of the trends experienced over the last two years. However, she stresses that the resulting lockdowns have bought about significant production cuts, which have, in turn, prompted a recovery in the chromium price, as well as a slight recovery in the ferrochrome price.

“Locally, the larger primary ferrochrome producers have reduced supply. We are aware that Glencore-Merafe is operating at 30% of installed capacity and continues to monitor the markets for signals as to when to bring back remaining smelters and mines. This represents a substantial drop in chrome and ferrochrome supply. However, given the recovery in chrome prices, this continues to be a positive environment for UG2 producers.”

She adds that low-cost chrome producers, typically UG2 producers, have benefited in particular from the major reduction in supply by high-cost, price-sensitive producers, and thus she expects that the trend of increasing supply from UG2 producers will continue.

Before the Covid-19 outbreak, Backeberg notes, the world’s two leading ferrochrome producers, Glencore-Merafe and Samancor Chrome, had reduced their ferrochrome guidance for 2020. He adds that the 2020 ferrochrome guidance for both companies continues to be revised downwards. He expects South African ferrochrome output in 2020 to fall to below two-million tonnes for the first time since the late 1990s, equivalent to less than 50% of installed plant capacity.

Backeberg seems to suggest that the local ferrochrome industry will continue to decline, because, while the age and size of local furnaces are currently competitive, China’s upgrading or replacing of older plants of late has meant that South Africa has lost, or is in the process of losing, its competitive advantage in terms of scale, capacity and technology, over and above its electricity woes.

He stresses that South Africa will remain part of the growth of the global chromium and ferrochrome industry, purely because of its “geological heritage”, but that local ferrochrome production will dwindle if it does not become competitive again.

“It is unlikely that the pandemic will be the fundamental cause of changes in the chromium industry. The stainless-steel sector is still forecast to increase year-on-year over the 2020s, which presents some growth opportunities, although at a lower rate than [in] the last two decades.”