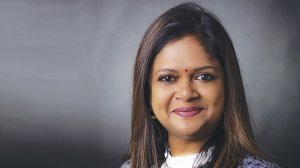 Date and Place of Birth: Pietermaritzburg

Career History Prior to Current Position: After working for the National Department of Transport as a graduate engineer-in-training, I moved to the South African National Roads Agency Limited (Sanral), where I started as a project manager, before being appointed regional manager: Sanral Eastern Region. I then joined SMEC South Africa as functional GM: roads and highways

Number of People under Your Leadership: 548 at SMEC South Africa

Person Who Has Had the Biggest Influence on Your Life: My parents

Person Who Has Had the Biggest Influence on Your Career: My many mentors along the way

Person You Would Most Like to Meet: Jacinda Arendse

Businessperson Who Has Impressed You Most: Imtiaz Sooliman

Philosophy of Life: That there is more compassion and humanity in the world

Biggest Ever Opportunity: Receiving a bursary from the National Department of Transport – it was the foundation on which I built my career

Biggest Ever Disappointment: None

Hope for the Future: That there is more compassion and humanity in the world

Pets: A Jack Russel that thinks he is human