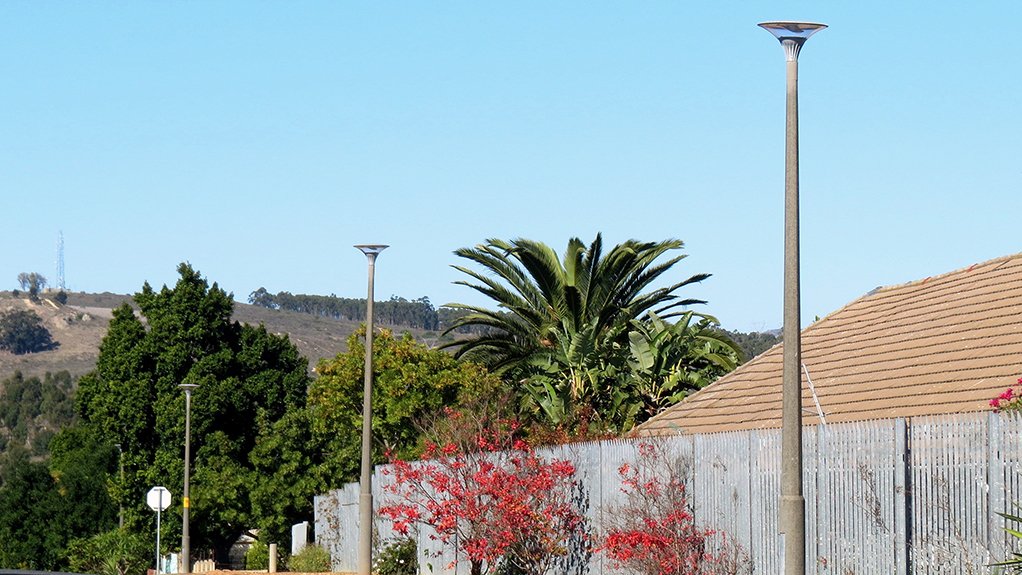 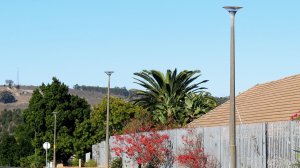 NEW LIGHT To date, over 4 000 LED luminaires have been installed in streetlights in the Swartland municipality

By June this year, the Western Cape Swartland municipality had retrofitted 69% of its existing streetlights with locally designed and manufactured light-emitting diode (LED) streetlights from luminaire manufacturer Beka Schréder.

While household LED lights have a power rating as low as 5 W, Beka Schréder product development manager Daniel Kasper explains to Engineering News that the ideal rating for LED streetlighting ranges between 27 W and 300 W, depending on whether it is a residential road or a highway.

To date, over 4 000 LED lumi-naires have been installed for the project, which started in November 2013.

According to measurements conducted by an independent measurement and verification specialist, retrofitting the street-lights will result in a significant yearly energy saving of 2 091 MWh for the municipal district, consisting of Malmes-bury, Darling, Yzerfontein and Moorreesburg.

Further benefits of LED lights include little or no maintenance and easier installation. In addi-tion, the luminous efficacy of LEDs is constantly increasing – they are producing more light using the same amount of energy, Kasper explains.

He adds that, with colour rendering that is up to four times better than traditional light sources, LEDs beautify the city landscape. Higher colour recognition also enhances safety, visual comfort and wellbeing in the public space.

Meanwhile, Swartland munici-pality director of electrical engi-neering services Roelof du Toit, who managed the project, notes that it was initially perceived as a risk to use LED technology for streetlighting.

However, implementing LED streetlights proved to be excep-tionally successful, as the speci-fied project requirements, which stipulated that LED streetlights be sourced from reputable manufacturers that can provide local service and maintenance support, were met.

The design was based on achieving the same lighting levels as that of existing streetlights. This was measured by compar- ing average lux levels on the street surface and not luminous flux production, as LED street-lights project the light more effici- ently on the road, states Du Toit.

He says the retrofitting of mer-cury vapour and high-pressure sodium with LED streetlights proved to be exceptionally effective and successful, with visibly improved illumination.

In addition, surge arresters of adequate rating and capacity were required and individually fitted to protect each LED street-light to absorb any transient surges, which could damage the electronics.

An integrated thermal sensor prevents the LEDs and electronic drivers from overheating, especi-ally if the streetlights are powered during daylight.

Kasper argues that there is no competitive alternative to LED, as the technology is “penetrating the market rapidly and, in some areas of the world, LEDs occupy a market share of more than 90% already”.

The uptake of LEDs is increas- ing because of the ever-increasing product portfolio – making it suitable for an increasing number of applications – with continued cost reduction, owing to higher global volume.

Locally, there have been various roll-outs of LED street-lighting in municipalities in the Free State, the Northern Cape and KwaZulu-Natal. However, only 5% of streetlights in South Africa use LEDs, leaving ample room for growth, concludes Kasper.