Large-scale dismissals continue to rise in labour market on back of legislative reform, 4IR

Large-scale dismissals continue to rise in labour market on back of legislative reform, 4IR 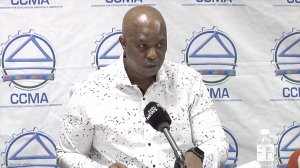 Council for Conciliation, Mediation and Arbitration (CCMA) director Cameron Morajane on Monday revealed the commission had observed increased referrals of large-scale dismissals in the 2018/19 financial year.

It expects these numbers to increase further in 2019/20.

He attributed the rise in large-scale dismissals to the impact of the Fourth Industrial Revolution (4IR), leading to “no fault” dismissals where automation and artificial intelligence technologies are replacing human labour, as well as legal reforms since 2015, which had impacted on companies that decided to retrench workers, rather than keeping them on as temporary employees, owing to national minimum wage (NMW) requirements that came into effect in the year under review.

Morajane said the persons most vulnerable to 4IR and NMW noncompliance were construction, domestic and farm workers.

The CCMA had conducted 529 large-scale retrenchment facilitation processes during 2018/19, involving 38 588 employees who were facing potential retrenchment. The commission helped to save 14 917, or 41%, of these jobs, while the rest were retrenched or opted for voluntary retrenchment.

Morajane explained that the majority of these jobs were lost in the construction sector, followed by mining and metals.

In the year under review, the CCMA received a R966-million grant from government to execute the additional mandate around the NMW. The council received 11% more funds to work with in the reporting year, than in the 2017/18 financial year.

Additionally, the Employment Law Amendment also came into effect, which expanded the jurisdiction of the CCMA and necessitated operational changes internally, including the review of the Rules for the Conduct of Proceedings before the CCMA and referral forms.

The commission’s mandate was also expanded through the launch of two presidential projects emanating from the Presidential Jobs Summit framework, namely the CCMA/Business Unity South Africa Labour Advice WebTool for Small Businesses and the reconstitution of the Training Lay-Off Scheme, now known as the Temporary Employee/Employer Relief Scheme.

A total of 193 732 cases were referred to the CCMA during the year under review, which is a 4% year-on-year increase compared with the 186 902 referred cases in the prior financial year. About 60% of the caseload had originated from small, medium-sized and microenterprises.

Of these cases, 71% were related to unfair dismissals, while 11% were owing to unfair practices.

The business and professional sector remained the sector with the highest number of CCMA referrals, comprising 27% of the caseload, followed by the security sector at 12% of referrals and the retail sector at 11% of referrals.

Morajane expected the caseload to increase by 25% in the 2019/20 financial year, owing to the NMW and basic conditions of employment.

Despite the higher caseload, Morajane stated that the CCMA continued to meet its statutory obligations in that 88% of conciliable cases were heard within the timeframe of 30 days, with the CCMA taking an average of 24 days to complete the conciliation process from the date of referral.

The commission settled 74% of all the referred cases in the year under review.

“This performance demonstrated the CCMA’s continued effort and commitment to discharging its legislated mandate. Ensuring 100% compliance with statutory obligations remains a priority for the CCMA for the 2019/20 financial year,” said Morajane.

Further, the CCMA in the year under review dealt with 5 160 mutual interest dispute cases, which was 10% more compared with the prior financial year. This suggested a high level of labour market trust and reliance on the CCMA to facilitate collective bargaining disputes.

The settlement rate in these matters was recorded at 60%.

The CCMA also resolved 187 public interest matters in the reporting year, with an 87% success rate.