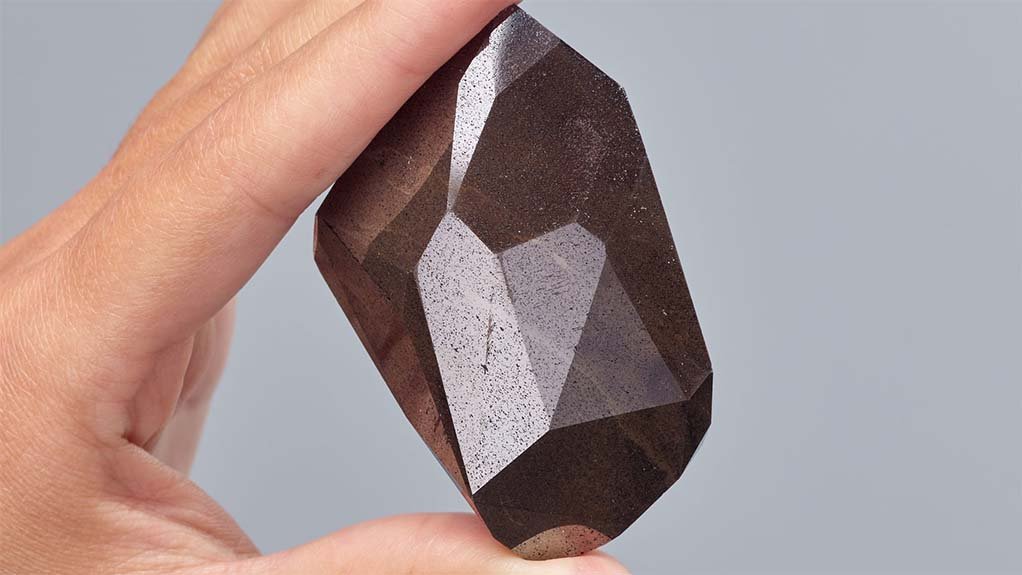 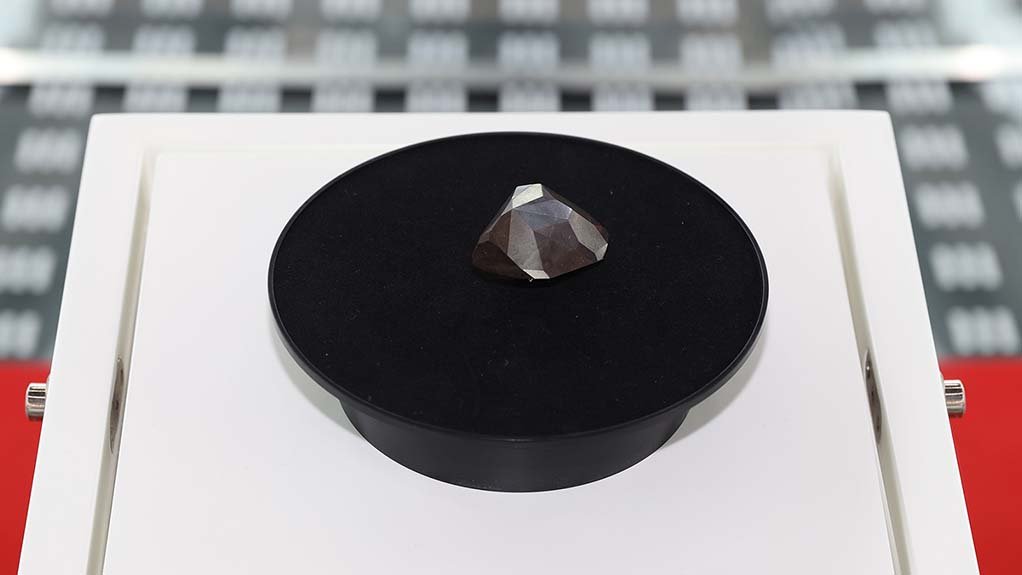 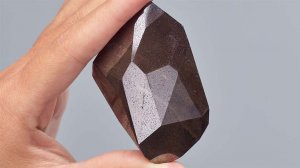 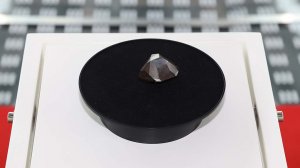 The government of Dubai on January 18 hosted an exclusive public viewing of an extremely rare black diamond called “The Enigma” at the Dubai Diamond Exchange.

The diamond has never before been exhibited.

The 555.5 ct, 55-facet carbonado diamond will be exhibited in Dubai, Los Angeles and London before being set for a single lot online auction from February 3 to 9.

The diamond’s design is inspired by the Middle Eastern palm-shaped symbol, the Hamsa, which is associated with the number five and is a sign of protection, power and strength.

It is thought to have been created either from meteoric impact or having emerged from a diamond-bearing asteroid that collided with Earth.

Although carbonado has been known since 1841, its host rock is yet to be identified and it follows none of the normal rules of diamond mineralogy and inhabits none of the usual haunts.

Since carbonado diamonds are mostly found in Brazil and the Central African Republic – areas believed to have been struck by meteorites – it adds weight to the theory that these diamonds are indeed treasures originating from interstellar space.

“Carbonado is the most unusual form of diamond on Earth. Despite many mineralogical clues not observed in conventional diamonds, its mode of origin remains largely unexplained.

“The extraterrestrial model, although conceptual and supported by astrophysical data, will only be vindicated by the discovery of carbonado in the asteroid belt by remote sensing, or by an observed diamond meteorite fall that is dark in colour, porous and patinaed,” Haggerty explains.

He elaborates that carbonado, which was named for its resemblance to charcoal, is opaque, and composed of randomly oriented diamond crystallites that impede light refraction and increase absorption.

Colour varies from black and putty grey to shades of brown, deep purple to pink, rusty red and the occasional olive green.

The pores of carbonado rock are an unusual glassy patina, with highly irregular surfaces, and poly-crystallinity, which distinguishes carbonado from conventional diamonds, Haggerty highlights.

He ultimately believes these diamonds were “born” in exploding stars and later fell to Earth, dubbing them “boulders of star dust”.

“The Enigma is a marvel of rarity and size, and its brilliance and high polish are a testament to the delicate and highly skilled undertaking of diamond cutting. Its sale represents a once-in-a-lifetime opportunity to acquire one of the rarest, billion-year-old cosmic wonders known to humankind,” says action house Sotheby’s jewellery specialist Nikita Binani.