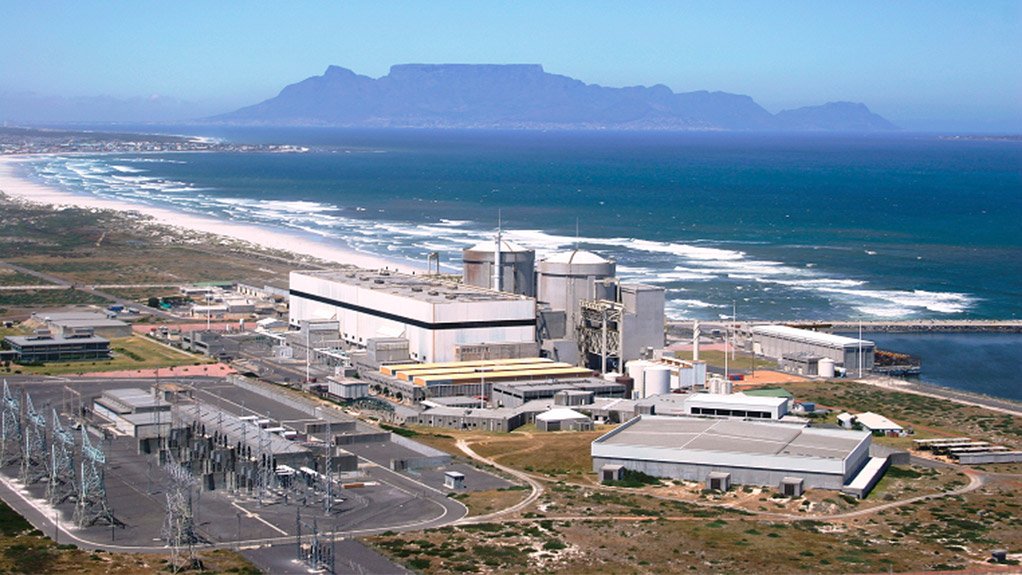 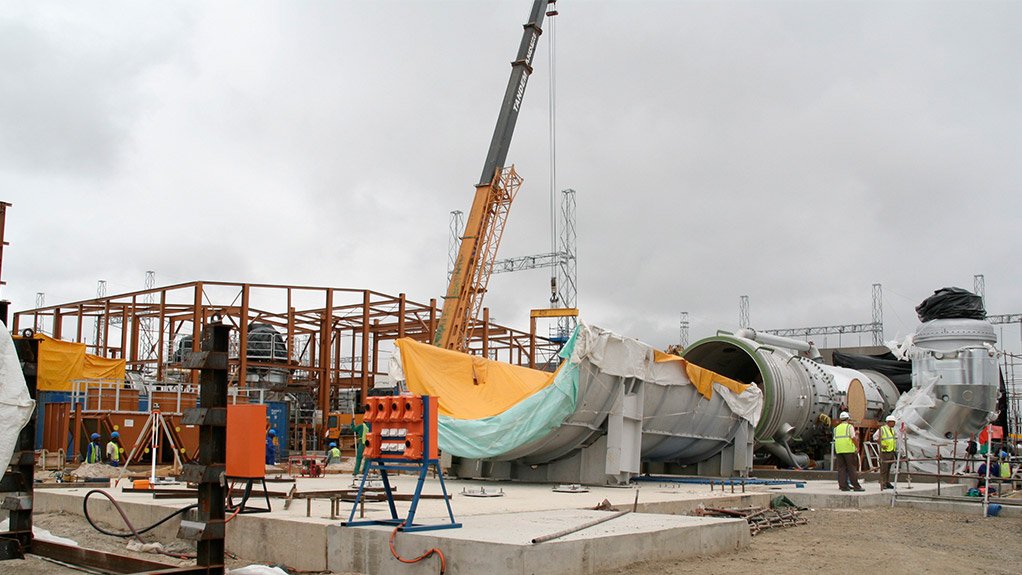 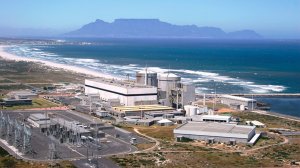 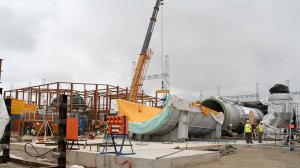 ON TRACK The scope of work of the South African SGR consortium at the Koeberg nuclear power station include removal and off-loading of the old steam generators
PROJECT FOOTPRINT Lesedi Nuclear Services' projects range from the construction of Eskom’s open-cycle gas turbines, to construction of the utility’s coal-fired Medupi and Kusile power stations

Lesedi Nuclear Services, part of the South African SGR consortium with construction companies Group Five and Aveng, will play a significant role in the design and installation of the three steam generators in each of the two operating units at Koeberg. This local consortium is, in turn, a subcontractor to French nuclear group, Areva, on this project.

Lesedi CEO Francis Carruthers stated in the company’s February newsletter that the current steam generators in Unit 1 and Unit 2 have been in operation since 1983/4 and 1984/5 respectively and that Eskom plans to replace them.

The project scope includes the safety analysis and studies required for the replacement of the six steam generators. The new generators will incorporate modern design features for easy maintenance and inspections, and improve heat-transfer efficiency, leading to the overall efficiency of the power station.

Lesedi business development manager Shane Pereira notes that, as part of the Koeberg KB 121 outage in March and April, Areva, the South African SGR consortium and Eskom participated in a site walk-down for the SGR project, which included about 200 people.

Carruthers further stated in the newsletter that the purpose of the walk-down was to ensure that the plant’s as-build status matched that of the plant drawings, in order to enable project management to gather adequate, required information to make the designs.

With the design phase of the project having started at the beginning of the year, Lesedi would produce design documentation to be submitted to the National Nuclear Regulator and Eskom. This will be done in compliance with the requirements of the process for implementing the project, he added.

Meanwhile, Pereira announced that the South African SGR consortium will create 57 new jobs across the consortium for the SGR project and train 22 employees across various disciplines to gain more experience on the project.

PTR Tank Project Lesedi and Group Five were jointly appointed the principal contractor (PTR Tank consortium), with Areva a main subcontractor for the PTR Tank project, which entails the replacement of two large stainless steel tanks used in the cooling of the plant. The project scope includes tank design, manufacture and installation, and the decontamination and disposal of the old tanks.

Lesedi and Group Five remain on track to install the first of two tanks for the project in outage KB 221, in December. The installation date of the second tank would be performed in a subsequent outage.

Maintenance Effort Lesedi Nuclear Services outage services director Nicky van der Poel notes that in addition to a regular core team of 26 technicians at Koeberg for detailed maintenance and refurbishments, the company sourced about 230 staff – about 110 technicians and artisans – for the Koeberg KB 121 outage this year. This is more than what is required for the average 45-day outage. It is as a result of the new scheduled 81-day outage, she adds.

“Since this particular outage is more extensive than the average outage, the team was doubled to manage the significant scope of work. This increases the amount of maintenance required, where, for example, double the amount of valves will be refurbished.”

Maintenance work included the refurbishment of nuclear and conventional valves, as well as refuelling activities for the nuclear fuel at the end of the Koeberg 121 outage last month.

The company also did maintenance work on the steam generator and the reactor coolant pump, as well as triple beam illumination, also known as TBI inspections.

Van der Poel further notes that the team size will again be doubled for the second outage, KB 221, from August 31. She points out that the team’s artisans are sourced from across South Africa, while semiskilled candidates are outsourced mainly from Atlantis, in the Western Cape.

Diversified Focus Having been substantially involved in the construction of Eskom’s open-cycle gas turbines, completed in 2009, and ongoing maintenance and project work at Koeberg, as well as the construction of the new coal-fired Medupi and Kusile power stations, in which Lesedi has an engineering, procurement and construction contract for the balance-of-plant in South Africa, Lesedi has diversified its offerings to include other types of power projects, such as biomass, waste to energy, hydro and gas projects in Africa.

This project, which involves the burning of “tops and trash” (sugar leaves and stalks) to generate electricity, is one of several ventures that include potential waste- to-energy, gas and biomass independent power producer projects in Mauritius, Seychelles and Mozambique.

“While we anticipate future build programmes in South Africa, such as nuclear, for which we will be well positioned to assist, we are investigating the development and execution of our own power projects, as this new approach will enhance the company’s engineering competence,” Pereira concludes.