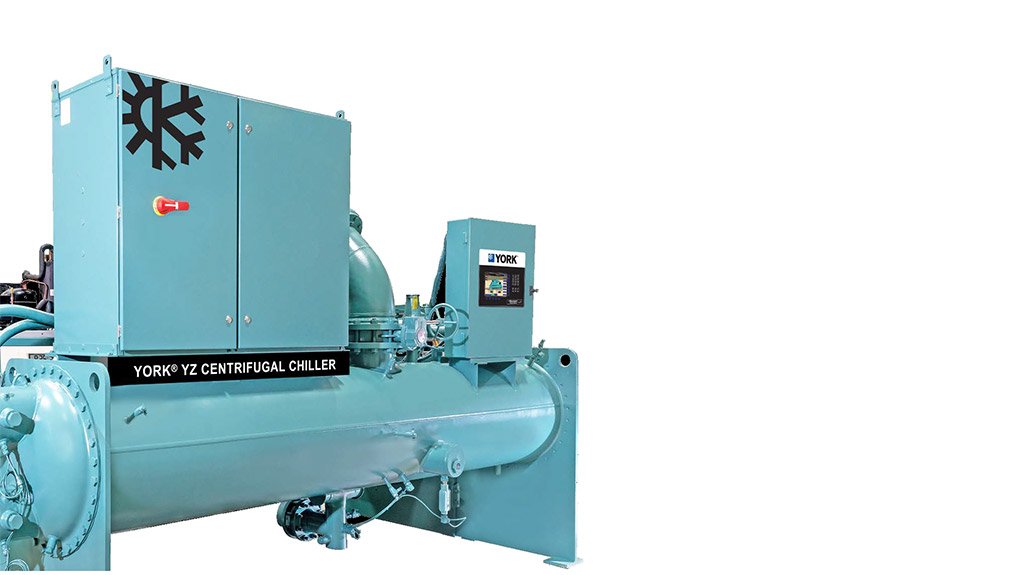 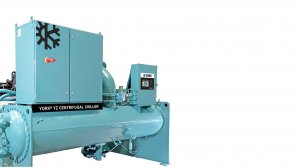 With energy efficiency and a low global-warming potential refrigerant, R-1233zd(E), as the most prominent feature of the product, Johnson Controls engineering manager Russell Hattingh states there has been excitement from the relevant industries about the product.

He highlights that various technologies have been included in the product, such as the new R-1233zd(E) refrigerant, magnetic bearings, falling film evaporators and variable-speed drives, as well as the chiller’s oil-free design that reduces maintenance.

The product was developed in the US, involving collaboration with the York PA engineering team in their main engineering office in York, Pennsylvania, as well as the company’s engineering experts in factories and research centres around the world.

“The chillers have not featured in any significant projects in South Africa yet as it is still a new product and is a bit more expensive than the more conventional type of water-cooled chillers. However, the company has proposed it to South African clients, as the chiller product has featured in projects in North America, Australia and New Zealand,” says Hattingh.

He emphasises the chillers’ applications in the banking industry and data centres and maintains that the company would like to see it used in more projects in South Africa.

The product was showcased with extended cooling capacity at the heating, ventilation, air conditioning and refrigeration industry AHR Expo, last month in Atlanta, in the US.

“We have increased the capacity of the chiller to cater for a wider range of client requirements. We started off with a particular product range, but our clients have their unique requirements to meet the needs of their specific installations, and so our chillers need to vary the amount of cooling that they can provide. We have extended the capacity to 4 500 kW and showcased it at the AHR event,” states Hattingh.

He attributes the development of the YORK YZ chillers to the constant need for innovation and new technology in the building industry, particularly with regard to power costs and reducing the carbon footprint of products and, thus, demand for more environment-friendly chillers.

“The move to ‘greener’ refrigerants stems from the need to reduce our impact on the planet. The Europeans are leading the way in this regard (F-Gas Regulation) and legislating the older, more harmful, refrigerants out which means our industry has to come up with solutions that are able to meet this need. Their legislation goes one step further, however, and authorising bodies like industry association for indoor climate, process cooling and food cold chain technologies Eurovent insist on manufacturers’ equipment meeting certain minimum efficiencies for chillers to be saleable,” states Hattingh.

One of the more significant challenges in terms of development of the product was deciding on the type of refrigerant that would be used to meet industry standards in terms of energy efficiency, environmental impact and safety, and Johnson Controls tested a variety of refrigerants.

“The decision on which refrigerant to use was a difficult decision; we settled on refrigerant R1233zd primarily because of its safety aspect. A lot of other HFOs available are not as safe – they’re considered to be mildly flammable, and that’s not something we wanted. We had to balance the safety aspects, the efficiency, and long-term stability of the refrigerant.”

Despite improvements in South Africa in terms of using more environment-friendly refrigerant gases, with hydrochlorofluorocarbons no longer being used, Hattingh emphasises that South Africa still lags behind North America and especially Europe.

“Cost is still a significant factor in terms of refrigerant liquids and gases that are used in South Africa, with legislation also driving responsibility to use greener and more efficient technology,” he points out.

Growth in the African market, including South Africa, is a significant goal for Johnson Controls going forward, owing to the significant growth and development in the region, despite economic difficulties.