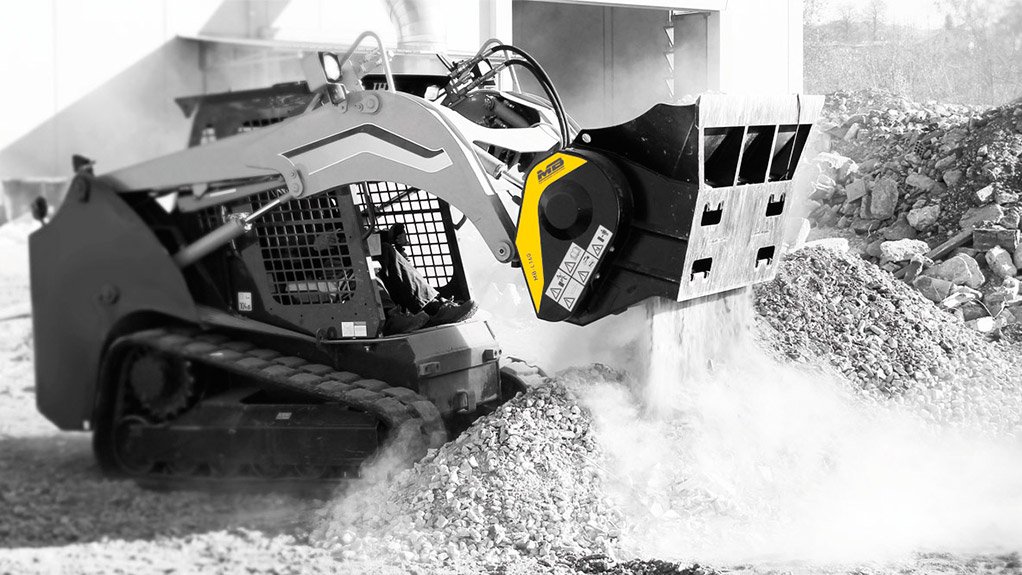 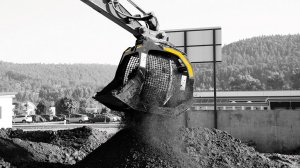 Italian crusher and screening company MB Crusher is looking to expand into the South African and African market through an exclusive distributor agreement with a local distributor – Randfontein-based Renlyn Engineering, which is the sole Southern African distributor.

The company will be exhibiting at construction and mining exhibition BAUMA CONEXPO AFRICA 2015, which is taking place at the Johannesburg Expo Centre from September 15 to 18.

MB Crusher designs and manufactures purpose-built crusher buckets and screening buckets that attach to excavators and skid-steer loaders. The crushers and screeners are powered with a hydraulic connection and therefore do not require additional engine servicing and maintenance. This also saves weight on the unit and makes it more compact.

MB Crusher area manager for South Africa Mario Rosato says the company is expanding its presence in the growing South African market to showcase the full potential of its products to the local industry.

“South Africa’s economy is expanding and Africa will be the new frontier for a lot of companies, thanks to young consumers and the continent’s still partially unexplored environment,” he says, adding that MB Crusher foresees sales growing significantly in the region.

The products launched there included two new crushers, namely MB Crusher’s BF80.3 and BF135.8, as well as a new screener, the MB-LS140. These will be on show at BAUMA, along with an assortment of the company’s other products.

Rosato notes that all of MB Crusher’s products are selling well in South Africa and globally, as the products are compatible with original-equipment manufacturers’ products and therefore easy to install on existing, or easy-to-find equipment. These OEM machines include excavators, skid-steer loaders, backhoe loaders and front-end loaders.

Rosato adds that several of MB Crusher’s products were used during the construction of the 2010 FIFA World Cup soccer stadiums, including the company’s BF90.3 and BF120.4 crusher buckets.

“Now is the time to enlarge and implement MB Crusher’s presence as an industry leader, with a 90% market share,” he says.

Versatile Equipment MB Crusher designed and manufactured its first bucket crusher – the BF90.3 – in 2001, which Rosato says “made history” for the company.

He adds that the Azzolin family, who are the owners of the MB Crusher company, has more than 60 years of experience in the crushing, demolition and earthmoving industry.

The company’s bucket crushers can crush any type of material, except iron. They also allow for the operator to crush to a level of different-sized granules, from a minimum of 15 mm to a maximum of 200 mm, depending on the model of the bucket, by regulating the opening of the jaws.

Rosato notes that the bucket crushers have various applications, from building demolition, to requalification of former industrial and urban areas. The crushers can also process excavation materials for the earthmoving sector, as well as for road works, quarries, mines, environmental reclamation projects and to process rocky soil.

Various accessories accompany the range to help improve performance and productivity. These include quick couplers and iron separators, as well as dust suppression kits, which eliminate dust generated while crushing.

MB Crusher exports its products to over 150 countries, through six international sub- sidiaries and through its dealers and distribution networks worldwide.

“Our crusher buckets are easy to transport and inexpensive in terms of maintenance. They also do not require their own operator in addition to the one assigned to the machinery it is attached to,” he says.

Compared with moveable crushers, which require an excavator to load material into them, MB Crusher’s bucket crushers also save on fuel as the job is performed by the excavator alone.