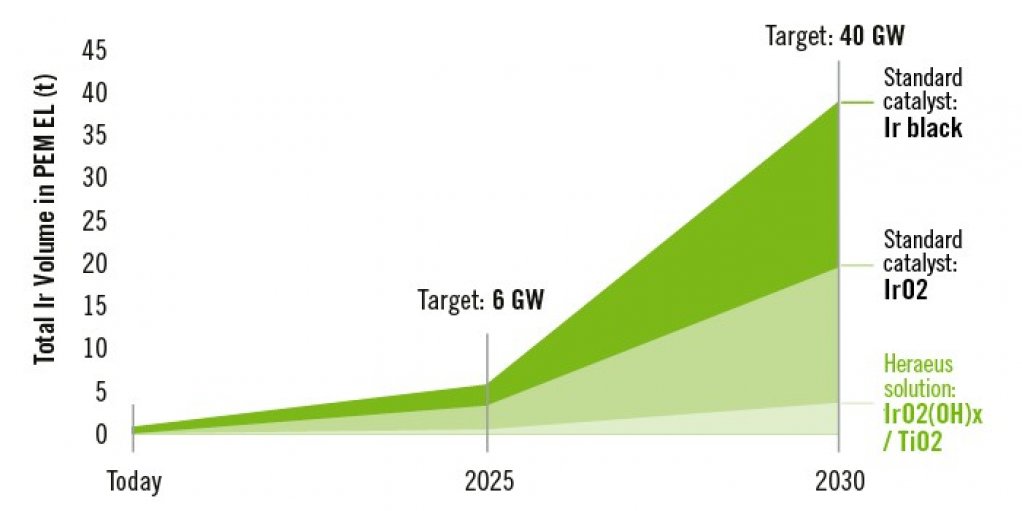 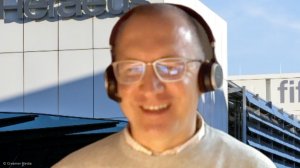 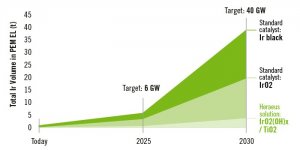 JOHANNESBURG (miningweekly.com) – The amount of iridium required to electrolyse green hydrogen has been drastically reduced, a breakthrough that is a significant boost for the upcoming green hydrogen economy as well as South African platinum group metals (PGMs) mining.

Heraeus Precious Metals has achieved a material thrifting success with its new electrocatalyst that requires only a fraction of the iridium previously required by proton exchange membrane (PEM) electrolysers, which split water into hydrogen and oxygen. (Also watch attached Creamer Media video.)

Iridium, one of the six elements of PGMs, plays a key role as a catalyst on the anode side of PEM electrolysers and what Heraeus did was acknowledge very early that there was a need to be more cost effective with iridium catalysts and for lower-iridium containing catalysts to make PEM electrolysis work at the scale foreseen.

However, if left to conventional catalysts, the global availability of the mainly South African supplied iridium would have been insufficient to meet the targets of the European Union Commission, which has a strategy that will drive demand for 40 GW of electrolyser capacity by 2030.

The standard iridium electrocatalyst uses iridium black, a finely divided iridium powder that can be used as a precursor for iridium oxide and as a catalyst in hydrogen sulphide sensors and fuel cells.

A high 1 g/kW to 2 g/kW of iridium black is required for standard PEM electrolysers, but Heraeus Precious Metals has succeeded in slashing the iridium required to as little as 0.3 g/kW to 0.4 g/kW for the new ultra-low-iridium-loaded electrocatalysts for PEM electrolysis.

While the low cost of renewable energy is one of the main drivers of the world’s transition towards green hydrogen, reducing the cost of PEM electrolysis is also key.

“With the new lower iridium containing catalyst, we did our part and this is only a small step towards more affordable hydrogen. What has to happen still is automation and the greater economy of scale.

“The general message of the industry is that step by step the cost of green hydrogen will go down, assuming also that the renewable energy will go down too and the trend is already actually apparent. The cost of renewable energy has come down significantly over the last decade, and it will not stop,” Walter added.