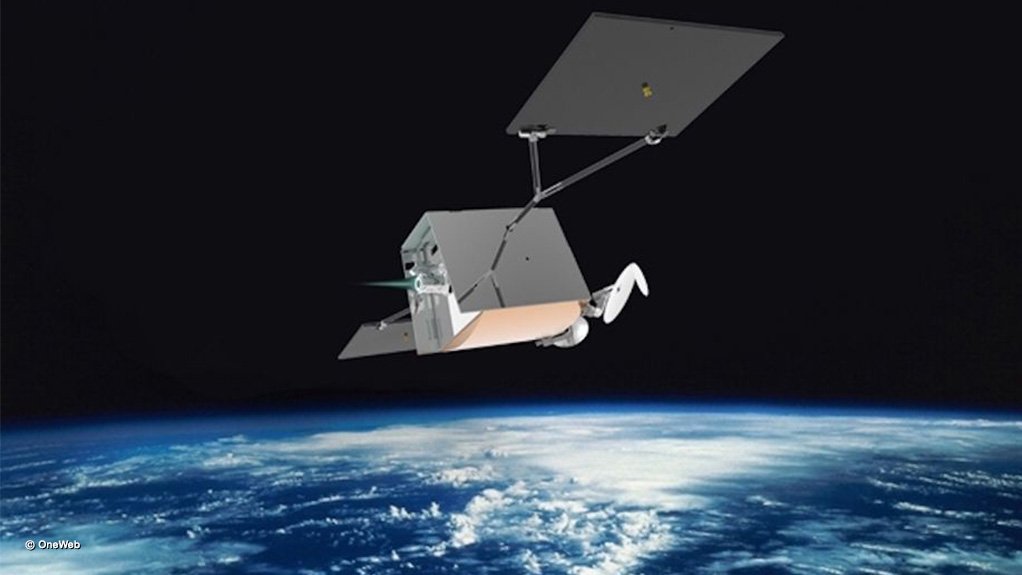 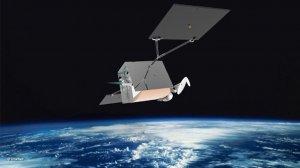 Photo by OneWeb
An artist’s impression of a OneWeb satellite in orbit.

UK-domiciled but US-based global Internet satellite communications company OneWeb, which became insolvent because of the effects of the Covid-19 pandemic, has been bought by an international public-private partnership (PPP). OneWeb’s aim is to establish a constellation of, at first, 650 satellites (later expanding to 1 980) to provide global high-speed Internet connectivity. To this end, in a joint venture with Airbus, OneWeb set up the world’s first-ever high-speed and high-volume satellite production facility, in the US state of Florida, adjacent to the world-renowned Kennedy Spaceflight Centre at Cape Canaveral. (As a consequence, the auction at which the PPP acquired OneWeb took place in the US.)

The PPP is jointly spearheaded by the British government, the other leading investor being, not a British group, but Bharti Global, which is part of global major Indian private-sector group Bharti Enterprises. This group also owns Bharti Airtel, which is the world’s third-biggest cellular phone operator, with more than 425-million customers. The British government and Bharti are each investing $500-million in OneWeb. Press reports state that the UK government and Bharti will each hold 45% of the satellite company, with the remaining 10% held by lesser private sector investors.

UK Business Secretary (equivalent to a Cabinet Minister in South Africa) Alok Sharma merely said that the British government would have “a significant equity share” in the satellite business. “This deal underlines the scale of Britain’s ambitions on the global stage,” he said. “Our access to a global fleet of satellites has the potential to connect millions of people worldwide to broadband, many for the first time, and the deal presents the opportunity to further develop our strong advanced manufacturing base right here in the UK.”

The commercial and operational leadership of OneWeb will be vested in Bharti. The British government will have a veto over any future sale of the company and will also, on national security grounds, be able to veto access to OneWeb technologies by other countries. The acquisition of OneWeb by the PPP is still subject to approval by the US Bankruptcy Court.

“I am delighted that Bharti will be leading the effort to deliver the promise of universal broadband connectivity through OneWeb, with the active support and participation of the British government,” affirmed Bharti Enterprises chairman Sunil Bharti Mittal. “In addition to the strategic opportunities across a wide range of other applications and working with a broad range of international partners, this business has substantial commercial use cases across the telecoms, enterprise, aviation and maritime sectors. With strong operational execution, we will be able to generate an attractive return for investors, while ensuring that Britain plays a leading role in space and next generation communications.”

“We are delighted to have concluded the sale process with such a positive outcome that will benefit not only OneWeb’s existing creditors, but also our employees, vendors, commercial partners, and supporters worldwide who believe in the mission and in the promise of global connectivity,” enthused OneWeb CEO Adrian Steckel. “The combination of HMG [Her Majesty’s Government] and Bharti will bring immediate value as we develop as a global leader in low latency connectivity.”